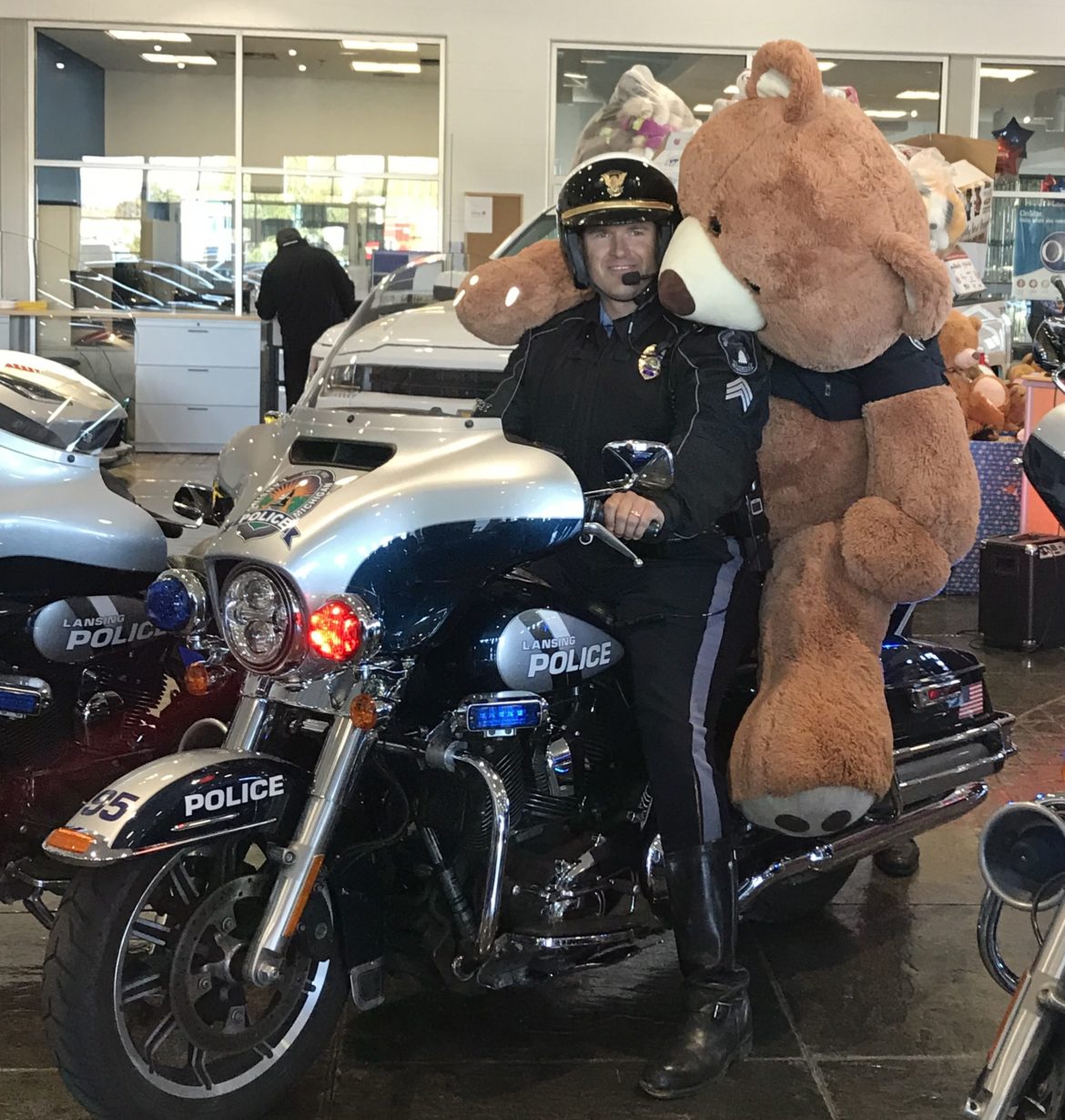 INGHAM COUNTY – “I can tell you that we have thousands of bears” said Ingham County Sheriff Scott Wriggelsworth. And, no, he isn’t talking about mid-Michigan wildlife, but rather collection bins that are now full of teddy bears and stuffed animals for local children.

The Teddy Bear Posse campaign is officially over for 2017. It began July 31 and ended Oct. 8. There were nine drop-off locations in the capital city area for members of the community to take their donations. Companies such as Metro PCS, Applebee’s, Team One Chevrolet Buick GMC in Charlotte and the Marines Recruiting-Lansing office were involved. The bears will be distributed to local police and fire departments and organizations that help adolescent victims or witnesses of heinous events. Groups like Ele’s Place, Small Talk and End Violent Encounters are just some of the places that receive the bears. Police officers and firefighters often keep these toys in their vehicles in case they come in contact with a child in stressful or traumatic situations so they can comfort them.

The opening ceremony was hosted at Shaheen Chevrolet in July. Its Lansing location was also one of the drop-off locations for the campaign. Shaheen General Manager Jason Cords said, “Our team at Shaheen Chevrolet has donated a lot of teddy bears and we always try to get behind our community with great events like this.” FOX 47 was also a sponsor and drop-off site. Morning news anchor Mallory Anderson said, “It has been an incredible opportunity to be a part of the Teddy Bear Posse. Obviously we hope no child ever has to go through any sort of traumatic event, but for the ones that find themselves in these situations, it is uplifting to know that a teddy bear or other stuffed animal will be on hand, ready to be given to them by an emergency responder to help them cope.” Officers loading up their squad cards with teddy bears. Photo by Remi Monaghan

Anderson also said “Sheriff Wriggelsworth told me there have been instances where they have caught up with some children who they gave stuffed animals to from the Teddy Bear Posse program years down the road, and they still have that same bear! It’s just an incredible way for the community, law enforcement, and emergency personnel to come together to help out vulnerable kids.”

The program is in its third year and the numbers continue to grow. A closing ceremony took place at 10:30 a.m. Oct. 17 at Shaheen Chevrolet. First responders and members of the press were on hand for the event. Also in attendance was Zoe Weinstein, a senior from Haslett High School who is the president of the Ingham County Youth Commission. She and the other members of the organization, grades sixth through 12, helped out the Teddy Bear Posse by brainstorming new drop-off locations and placing boxes at those sites. As a result, many local schools became points of donation.

“It’s a really good thing to see that like they’re all going to a great cause and that so many people wanted to help!” Said Weinstein.

I am currently a junior journalism major, and I have a concentration in sports media. When I'm not in class, you can find me at one of the Michigan State sporting facilities because I work for the Big Ten Network student U where I am a student broadcaster. I love dogs, strong coffee and all types of sports. Follow me on social! Twitter: @remi_monaghan Instagram: @remimonaghan