On Sunday, Oct. 8, all four of Okemos’ Frank Lloyd Wright homes were open to the public at once for the first time ever. The event, sponsored by the Historical Society of Greater Lansing and DOCOMOMO-MI, was a part of a statewide recognition of the architect’s 150th birthday. The Historical Society of Greater Lansing is a volunteer based organization that hosts about 30 events per year, including walking tours and exhibit visits. Photo by Ashley Fernandez.

A self-directed tour of the homes followed a lecture given by Susan Bandes, author, art history professor and director of the Museum Studies Program at Michigan State University.

“I wanted to give people some context for what they were going to see,” said Bandes. “To get them interested in Wright’s work, and to provide information they would not have known before.”

“Everyone I’ve talked to really enjoyed the tour, which drew over 1,200 people,” said Valerie Marvin, vice president of the Historical Society of Greater Lansing. “It was a fun day, and a great change to see firsthand the local fruit of a great American architect.” Members of the public lined up outside of the Psychology Building at Michigan State University as they waited to enter the lecture. Photo by Ashley Fernandez.

With only 350 tickets sold in advance, the turnout was greater than anticipated.

“Given the numbers, I think the day went very well,” said Bandes. “While there were 30 plus minute waits to get into some of the houses, and I had to give the lecture twice, everyone seemed patient and the weather was certainly in our favor.”

The Okemos homes are four of the 33 total that Wright designed in Michigan. They portray Wright’s “Usonian” style of architecture, which encompasses modest cost, simple living, use of prefabricated materials and small spaces.

“The general reactions of people as they toured these homes was ‘wow,’” said Bill Castanier, president of the Historical Society of Greater Lansing. “Even though they’re simple, they’re beautifully designed.”

The Goetsch-Winckler House was the first of four to be built and is recognized on the National Register of Historic Places. Wright considered it to be the “perfect usonian.”

A fan of Wright’s architecture for “forever,” Castanier revealed that one of the things that make these houses so special is the people that own them. 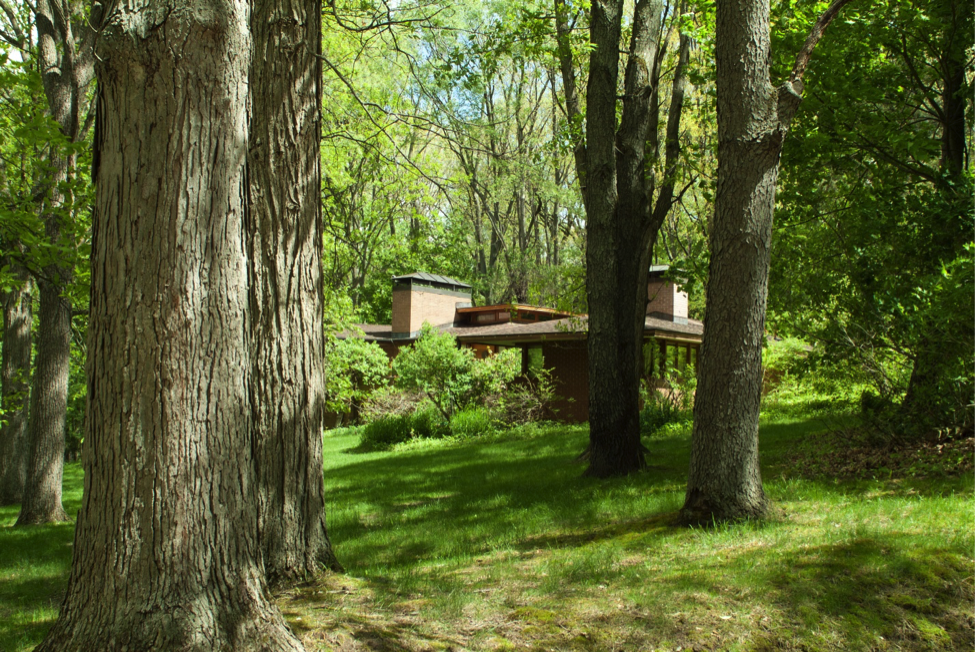 James and Dolores Edwards House was completed in 1951. The seven-room L-shaped house has red brick and cedar trim that appears to rise up from the sloping terrain as seen from the road. Photo courtesy of the Frank Lloyd Wright tour. 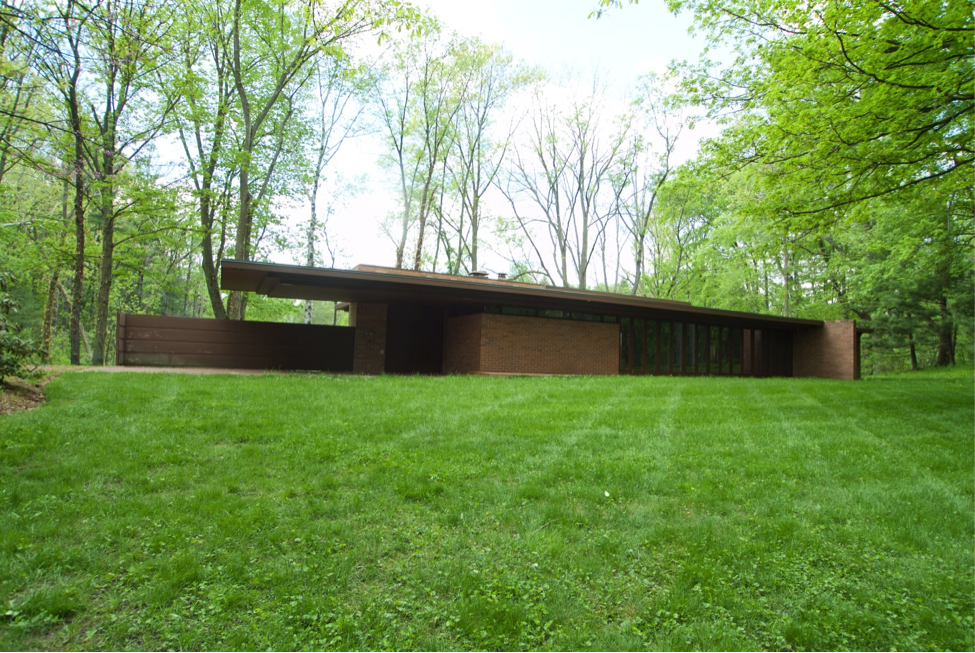 The 1,350 square-foot two-bedroom Goetsch-Winckler House was built in 1939 for Alma Goetsch and Kathrine Winckler, artists and art educators at Michigan State College. Photo courtesy of the Frank Lloyd Wright tour. 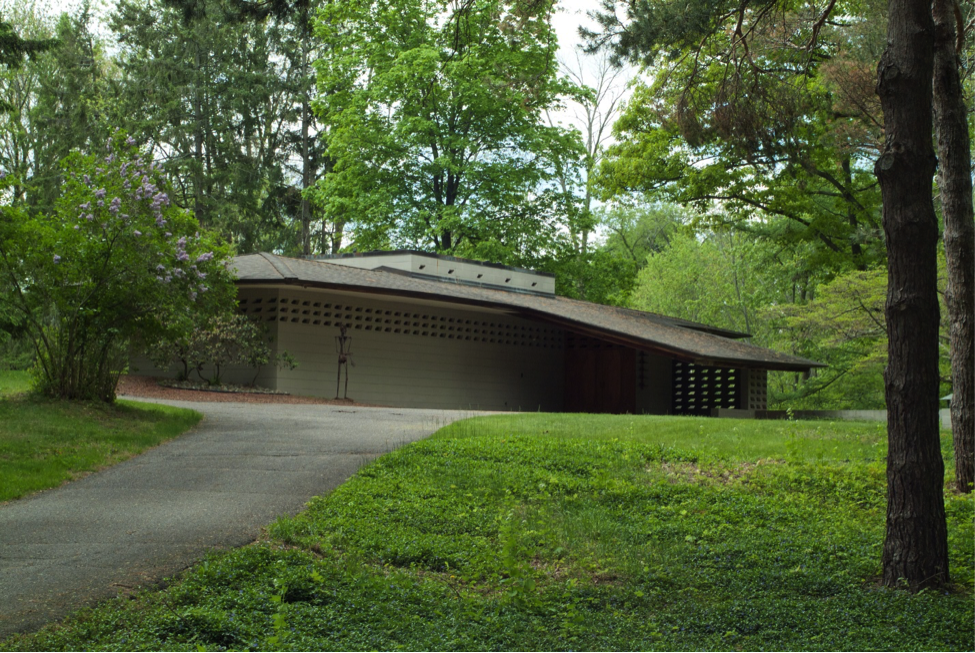 The Brauner house was built in 1949 on a cul-de-sac in natural surroundings with woods as a backdrop and near the Herron Creek. Photo courtesy of the Frank Lloyd Wright tour. 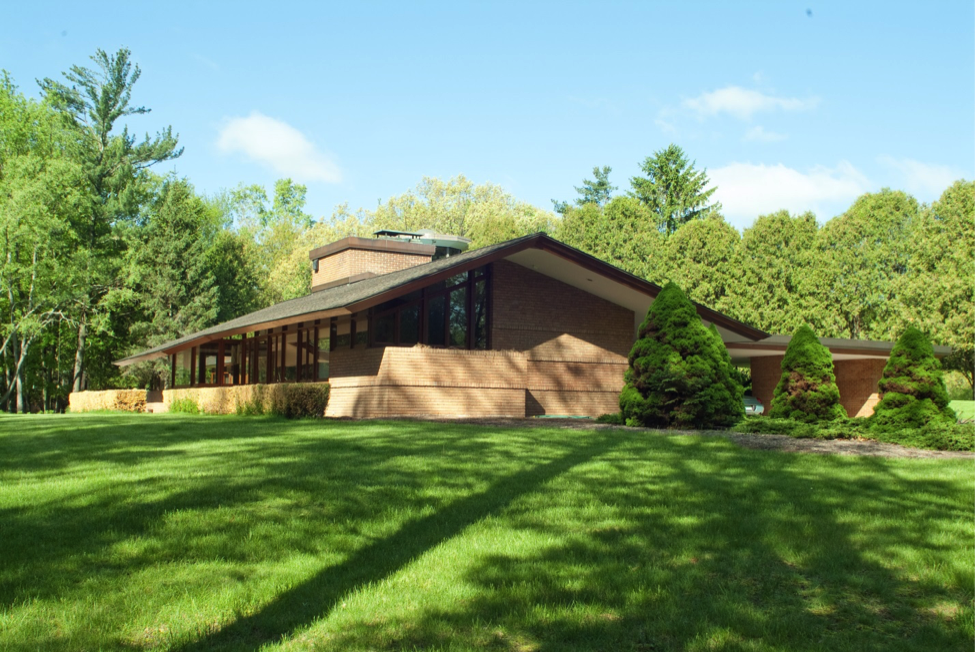 Donald and MaryLou Schaberg House was completed in March of 1958. Brick was used on the exterior and interior as well as mahogany plywood and cypress for the trim and hand–split cedar shakes on the roof. Photo courtesy of the Frank Lloyd Wright tour.