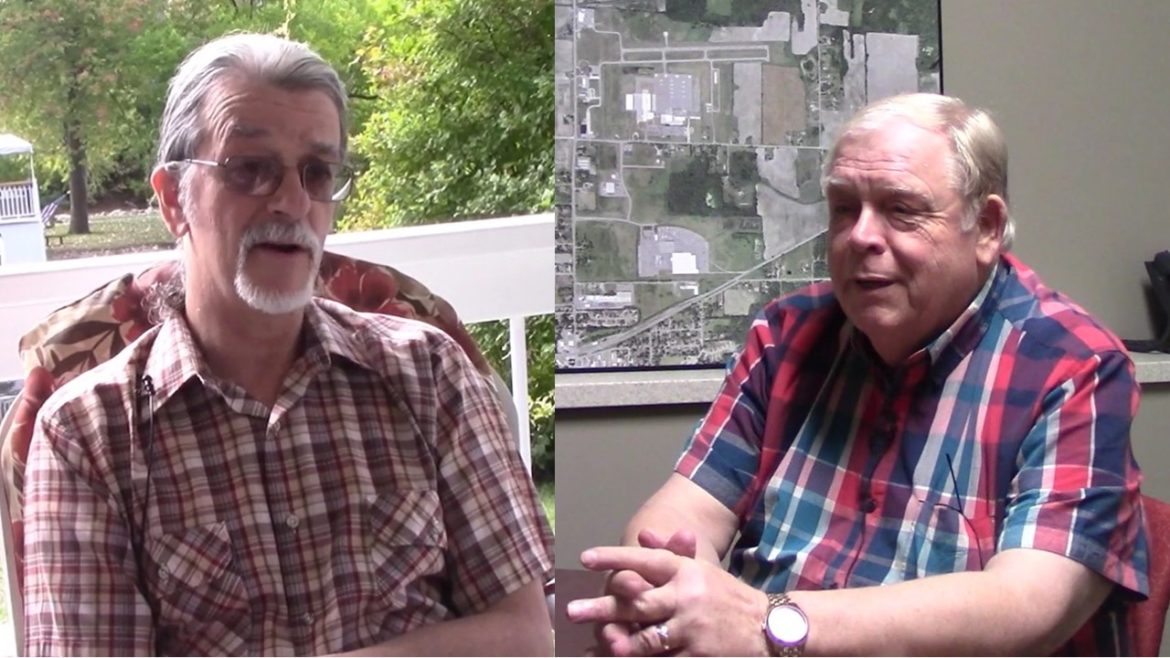 Kalmin Smith and Mike Coll are running for mayor in Grand Ledge. As the Nov. 7 elections approaches, both candidates spoke about their platforms to the Spartan Newsroom.

Smith has been in the office for 10 years. He said if he is re-elected, it will be his last term.

“I served on the city council for 11 years, longer than anybody else in the history of the town,” Smith said. “Then I’ve been mayor for 10 years.”

Challenger Coll has been a Grand Ledge resident for more than 20 years. He has served on the the Charter Commission, and he said he knows he has the skills necessary to be mayor.

Coll said he believes it is time to bring change to the city management.

However, Smith said he believes continuity is the best thing for Grand Ledge.

“I think basically continuity is a very healthy thing and that’s why I’m running,” Smith said. “I want to try to extend this period of a well run, peaceful town for another two years.”

While Smith said he believes there are not many things that need to be done to make Grand Ledge a better community, the changes that are coming are exciting.

“Well I think everything can be better,” Smith said. “One of our challenges now, and it’s an exciting challenge, is we’re now in a position to begin making significant improvements along the riverfront.”

Coll said one of the things that would make Grand Ledge a better community is a government that cares more about the people.

“I think it’s just time for a new mayor,” Coll said. “I just get the feeling that the city council sometimes doesn’t listen to the people. I think that some things happen here, the way the city treats people  as far as complaints they have about things, I think a lot of times they get ignored.”

Smith said all of his time serving on city council and as mayor means he is best suited to be mayor for two more years.

“I have had 10 years of successful experience of leadership as the mayor in this city,” Smith said. “Ten years prior to that, I did productive, quality service in the city council. I’ve been very involved in the community in a number of organizations, and I think I’m best prepared to lead the community.”

Coll said he believes he is prepared to run the city, but either way he wants voters to consider  both candidates before voting.

“Consider me. That’s all I ask. Take a look. Don’t just say I support this guy or that and even for me,” Coll said. “ Well a lot of people already have their opinion of Kal because he’s been mayor for eight years and was on the council for 10. But you know at least consider other options and I would say that to people who support me too. Think about why you’re supporting me.”

City Clerk Gregory Newman said he is not expecting a large turnout for the election on Nov. 7.

“Everyone in the city votes at Sawdon school,” Newman said. The school is at 220 Lamson St.

This story has been updated to correct the background of candidate Mike Coll.