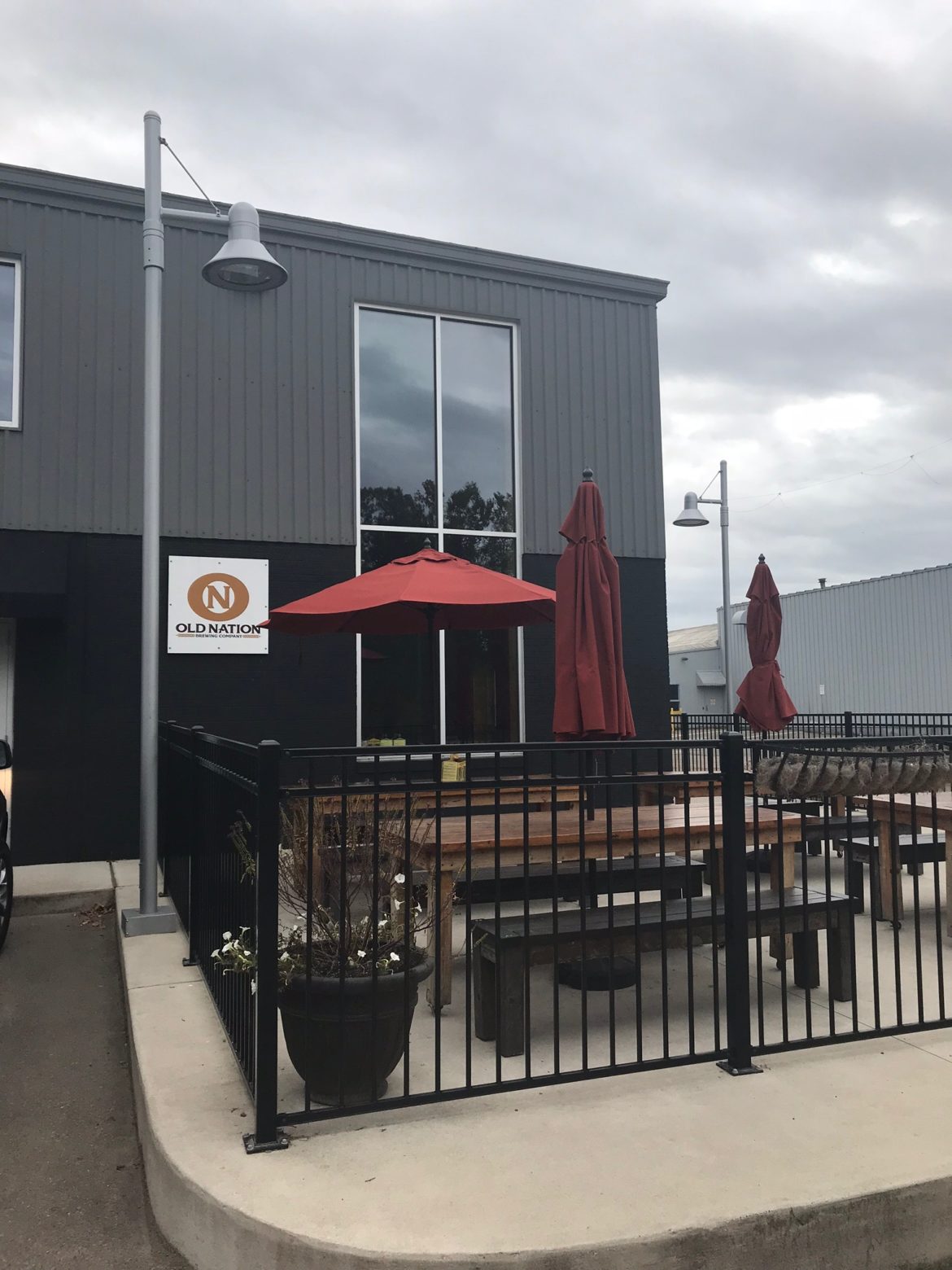 Williamston may not be one of the biggest cities in the greater Lansing area, but to Old Nation Brewery owner Travis Fritts, it has an authentic close-knit community feel. It’s usually the smaller cities that have the more intriguing destinations, and for Williamston, its Old Nation Brewery that fits that mold.

Travis Fritts and Rick Ghersi started working together in 2003 when they opened Detroit Beer Company in downtown Detroit. At the time, Fritts had a background in production, so he and Ghersi decided to get into a little bit of production with Fritts, where they focused directly on producing different beers, making them and selling it in small batches on the open market.

“The pub did really well, so we decided to move into production and buy a building and some equipment,” Fritts said. “Williamston looked good to me. I knew the community well enough to say it’d probably be a pretty good thrill for a production brewery.”

Fritts grew just outside of Williamston in Dimondale so he said he was familiar enough with the area that he felt Old Nation would do very well in Williamston. Fritts’ mother is a teacher at Williamston High so he knew the schools and the community well enough, and felt that Williamston would be a perfect location to open up a brewery.

Fritts and Ghersi also looked at Reo Town, a district in Lansing, located south of downtown, as a potential spot for Old Nation Brewery. Choosing a production style brewery with a small restaurant rather than a pub, they decided in 2015 that the best place to have that would be in Williamston.

Ghersi, who has over 30 years of business experience, graduated from Michigan State and is originally a native of the Detroit area. Fritts, 38, went to school near Berlin, Michigan; initially set on studying food science, but then he ultimately got recruited into the brewing school.

In deciding where to start the brewery, Fritts said he was not concerned with whether Williamston, as a town, supported the brewery because the ultimate purpose of Fritts and Ghersi’s vision was to build it as a production brewery.

“Sure it’s great to have a functional restaurant, but you don’t run a restaurant to get rich,” Fritts said. “For us, the pub is just a great way to meet folks within this community.”

Fritts says the brewery is a great venue for them to base themselves from in terms of serving the entire community. From rotary club, school events, and even the police national night out, Fritts and his wife are very invested in being apart of the community and claim being part of a smaller community is much easier to be more involved.

“We’ve done tasting events for the Girl Scout cookies and had a beer pairing with that,” Old Nation Brewery manager Karen Barry said. “Travis’ mom is a teacher at the high school here so he and his wife are big supporters of education and bettering the community.”

Old Nation locally brews their own beers in their brewing production facility behind the restaurant. On a typical day, there are four to five staffers who work on the brewing side of the production in addition to two mechanics.  There’s also several workers who are part of the production portion, mainly in charge of canning their own brewed beers. The beer that Old Nation locally brews is fermented in these machines before they are eventually canned for production.

“The canning machine we just recently got is only about a month or two old,” brewing apprentice Carl Yorimoto said. “Before we had our own, we hired a mobile canning company who would come in once or twice a week to can the beers for us.”

Old Nation provides 14 beers on tap but it is the M43 IPA that has been their biggest hit. The majority of the brewing process focuses on the M43, but they’re able to offer a couple other beers on tap for the limited time the M43 is not being brewed.

“I had family who lived in Williamston a year ago and we would go there [Old Nation] every now and then,” Central Michigan student William Dool said. “I wasn’t of legal drinking age yet, but my dad and grandpa raved about the beers they had there … they said the M43 IPA was their favorite.”

When asked about potential expansion or a secondary location, Fritts said that thought really hasn’t crossed his mind. The Michigan state law says that a brewer may sell to consumers for on-premises consumption at not more than two of the brewers licensed locations in Michigan. Due to these strict laws, Fritts says he doesn’t have any immediate interest in opening a secondary location elsewhere.

“You have one chance essentially to grow, you can have a production facility like we do now, and one satellite pub …” Fritts said. “We’re at capacity right now for the amount of beer tanks we have right now, but I think for right now, we’re happy where we’re at here in Williamston.”