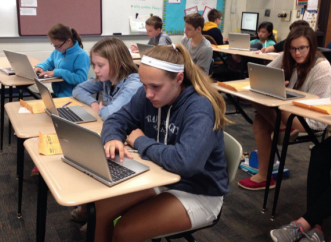 Amidst the recent tragedies that have cost the lives of several Americans in 2017, safety is at the forefront of all schools, child care centers and businesses.

“We always have to have safety as the number one concern,” DeWitt Public Schools superintendent John Deiter said. “We’ve tried to do our best to secure our buildings, and we’re in the process of a bond project to add further security to our buildings. We also have distributed resources; our teachers are aware of how to talk about tragedies with students.”

Although Deiter is saddened by the events that happened in Las Vegas, he said the shooting doesn’t necessarily directly correlate with school safety.

“A few years ago at Sandy Hook, I think that shook us all because it was an elementary school,” he said. “As this is a tragedy that affects the entire country, I’m not sure it impacts schools at the same level as a school shooting would.”

Tonya Sullivan, the director of the Rockin’ House in DeWitt, said her child care center is regulated by LARA (Licensing and Regulatory Affairs) and is required to have numerous precautionary measures in place to protect the lives of her children and staff.

“We have to have in place a crisis management plan, which could be anything from a bomb threat to an intruder, and we have to have something written in place,” she said. We train our staff as to what we would do in that type of event just like what we would do for a tornado or fire drill. So we just stick with that and follow that.”

Sullivan said if a situation were to arise that needed an immediate response, her center could do just that without alarming the children.

“We’ve had things happen in the past where we just go into lockdown because of things that have come through the community through the reverse 911 where we could do lockdown,” Sullivan said. “And we typically don’t let the children know that. They just don’t know. We do our safety protocols, and we don’t inform them.”

And if a shooting similar to the one in Las Vegas were to occur, Sullivan is fully confident in law enforcement’s potential response to the situation.

“We’ve had them come through our department on non-emergency situations. We’ve had police officers come to our center just to say hi and walk through and talk to the kids, so the kids are comfortable with them and we’re comfortable with them. We’re almost on first-name basis with them, and I think having that good communication and positive interaction with them makes everybody feel more confident and a little more in control if things are out of control.”