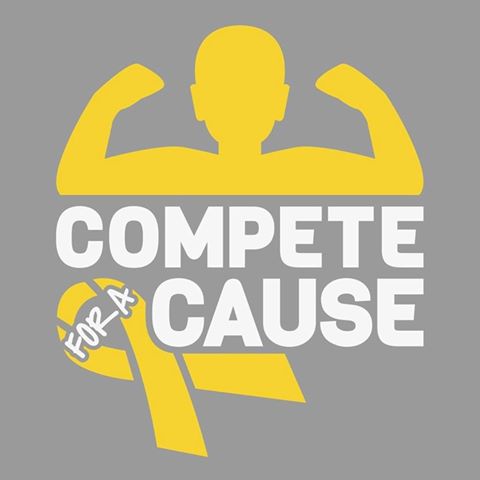 Motivated by a diagnosis to his wife Sheri, and another to the daughter of a friend, Pam Duren, Kevin Gunns decided it was time to fight cancer. At the time of her diagnosis, Duren’s daughter Paige was one of Sheri’s students. Duren and Gunns teamed up to take on the fight together.

According to CureSearch.org, approximately 15,700 children are diagnosed with cancer each year. One child in 285 will be diagnosed with cancer before they turn 20, according to stbaldricks.org. Founder Kevin Gunns and CEO Pam Duren continue to help raise awareness and funds through their non-profit organization, Compete for a Cause. This organization is centered in, but not limited to the greater Lansing area.

“Pam wasn’t ready yet – rightfully so. So I did just sort of two years of small events until Pam said, ‘all right, I’m ready to take this to the next level’,” said Gunns.

A silent auction, soccer games and 5k Fun Walk/Run, raise donations which are then handed over to childhood cancer research and technology. Both attendance and donations for these events continue to rise after six years.

Haslett, Williamston, Lansing Christian, Lansing Catholic, Okemos and Mason helped raise more than $51,000 in the 2017 edition of Compete for a Cause. The total is a 137 percent increase from a year ago. The charity has raised more than $125,000 since it began.

“Our original goal is to get it to all the high schools in Michigan, and that’s catching on, so we’re hopeful,” said Duren.

Both Gunns and Duren made it clear that not all of the organization’s goals carry dollar signs.

“The mission is not only raising money, but the awareness,” said Gunns. “The goal as far as getting to a college level or across the state of Michigan is as much awareness about the shortcomings that that specific field of medicine has.”

Duren wants to reach beyond Michigan.

The reality is, childhood cancer is overlooked by so many, and often not even recognized, explained Gunns and Duren. It starts with recognition of the colors and symbols – the gold ribbon.

“I could honestly say prior to Paige’s diagnosis, nobody knew that… Most people don’t know the gold ribbon. It’s getting better,” said Duren.

If there is one school that understands the hardships of childhood cancer, it’s Mason High School. Mason has lost at least one individual close to its community to childhood cancer in the past few years and lost 17-year-old Luke Granger on Sept. 6.

Sam Spitzley, senior goalkeeper for Mason soccer has been part of the Compete for a Cause events for four years. Because Spitzley was close to Granger, he dedicated this year’s game to him.

“He was diagnosed with cancer my sophomore year of high school, and I knew him personally through youth group and stuff like that … It really meant a lot to play for him this year,” said Spitzley.

Spitzley describes the atmosphere around Mason during the fall.

“In the hallways of the high school, you’ll see gold and there’s gold that will be lining all the rails in the stadium,” said Spitzley. “September is childhood cancer awareness month and people really know that that’s what we’re about, and people kind of rally around that so it’s a really good environment.”

Excited about 2017’s results, the board looks forward to more success.

“What we noticed this year as to previous years is people know the name now and the businesses know the name and they know the event,” said Duren. “So, they’re much more willing to donate right off the bat. People are coming to us for donations and coming to us with items for the silent auction. The reputation is out there now and it’s building.”

With the ever-growing awareness and participation Compete for a Cause is receiving, it takes more planning, and earlier planning, than ever.

When will planning for 2018 happen? “Now,” Duren and Gunns quickly agreed.

Duren said, “People that attended are so pumped up now about this cause and about how well things ran and how inspired they were.”

Inspiration drives Compete for a Cause. The inspiration of Paige and Sheri has touched many who have participated in these events. Even more so, Paige’s story reached and inspired the Michigan State football team, to which she grew close.

The attendance, the money, the numbers speak for themselves. What Compete for a Cause wants to spread, is the stories, the inspiration, and the awareness that have motivated Gunns, Duren, Spitzley, and every other member of the childhood cancer community to fight.