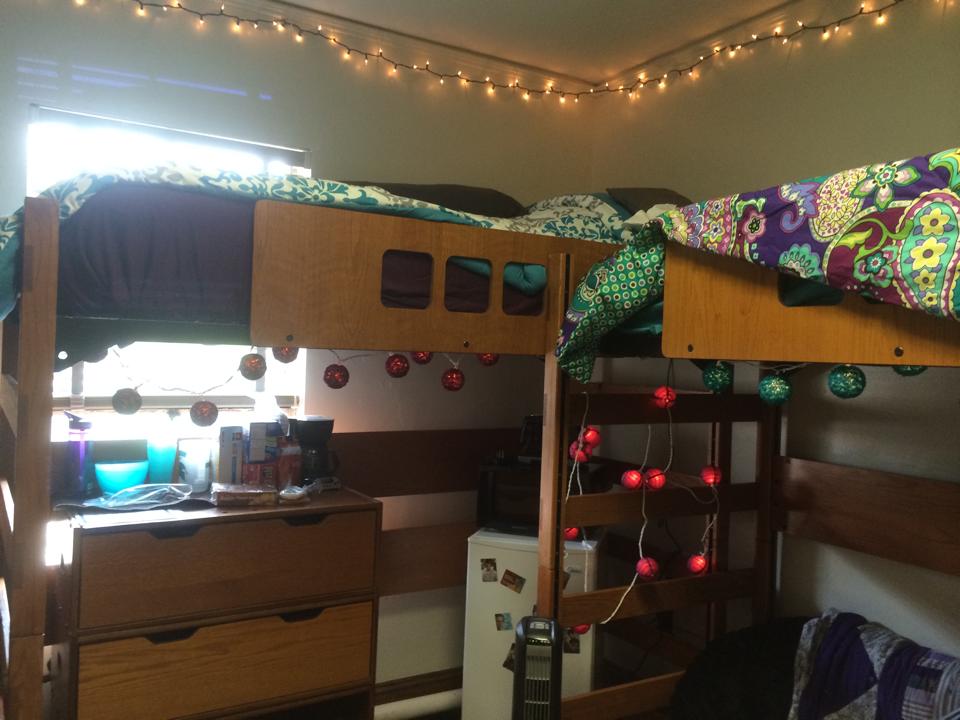 Do you fear you might miss out on experiencing dorm life if you choose to live at home for college? (Photo by Emily LaForme)

When it comes the time for high school students to decide whether or not it is a better financial decision to stay home and commute or go away to college, it can be stressful. Three undergraduate students reflected on whether or not they made the best decision for their finances and their education.

Hope Nelson, student at the University of Kentucky and native of Cincinnati, Ohio, elected to go away to college for all four years of her undergraduate degree.

“I knew I didn’t want to be in Ohio anymore, so I went away to school,” said Nelson. “It probably wasn’t the best financial decision, because I could’ve saved a lot more money by staying at home and going to school 10 minutes from my moms’ house, but money wasn’t the deciding factor for me for where to go to school.

“I decided where I wanted to go to school and then figured out the money and loans afterwards.” Do you fear you might miss out on experiencing dorm life if you choose to live at home for college? (Photo by Emily LaForme)

Justin Hill, student at Wayne State University, and a native of Hazel Park, Michigan, elected to live at home and commute to school for his college degree.

“I chose to live at home because not only was it cheaper to attend Oakland Community College to begin with, locally there’s a lot of well-rated universities around me that I could attend and still save money,” said Hill. “Financially, yes, this was the best decision.

“Like I stated before, it was a lot cheaper to attend community college before I transferred to Wayne State, this also allowed me to get a really great job that pays well above the average student job, allowing me to increase my funds significantly.”

Shakir Kalasho, student at Michigan State University, and a native of Hazel Park, Michigan, stayed home and commuted for the first two years of his undergraduate degree, and then transferred to a university for the remainder.

“I decided to first stay at home for financial reasons and to get my non-major requirements fulfilled, before focusing on my major and I think it was better in the long run,” said Kalasho. “I went away for school because of its’ locality, and it was one of the best decisions I made in terms of school choices and education.”

Trying to weigh in between staying at home or going away to school can be difficult.

“The factors I considered mostly [when deciding whether or not to stay home] was that I’m surrounded by people very close to me that I’ve made amazing memories with. Would I want to risk missing out on those memories if I went away to school? Would I regret it?” said Hill. “Mainly, I considered the amount of debt I would acquire for the career choice I have. That was huge for me, based on my major, which is criminal justice, and what I wanted to do with my life, Wayne State or Oakland University were both great choices for my major.

“I have all the resources in front of me, saving me so much money, although I would have been able to network much better if I went away to school, I decided that was a risk I was willing to take.”

“I’d say it was the best financial decision because the school speaks for itself in terms of giving people one of the best educations and the money is worth it,” said Kalasho. “I loved the idea of starting a new chapter in my life and making new friends and exploring different opportunities at MSU, but I made sure that I always had my priorities, and everything was taken care of.”

All three students are nearing the end of their undergraduate degrees.

“I don’t have regrets, going to my school has been the best four years of my life and I love being away from home, so the money is just a factor of being able to do this,” said Nelson. Caught between trying to decide whether or not to stay at home or go away for college? Some students who commute to school from home don’t have to worry about extra living costs. (Photo by Emily LaForme)

“I do have some regrets you would say, but nothing I would ever carry with me and allow to bug me,” said Hill. “Overall, I’m happy with the choice I made, but not being able to experience a dorm life or branch out into a whole new world of people and experiences was a bummer for me.

“I wanted that at some point, but I feel as if I made up for those. I closed one door and opened another one equally as amazing.”

The issue of money and seeking financial aid can be daunting for students when making their decisions.

“If money is a really big factor for you, then I think staying home would be a great idea, because no matter where you go to school you’ll have a great experience,” said Nelson. “If you really want to travel away from home and have the means to make it happen, I’d say go for it, because it’s great and can really change your life for the better.”

“I’d tell incoming students to go with your heart, listen to your gut, and don’t let anything or anyone hold you back,” said Hill. “Do what you feel is best and don’t listen to a damn thing anyone says, because it’s not their life.

“If you want to stay home, then stay home. If you want to leave, then leave, but you make your decision and accept it. Don’t linger on it, don’t think about what could have been, and just make the best of whatever you decide to do.”

“I would tell new students to go weigh out what they think is their best option and where their heart tells them to go,” said Kalasho.