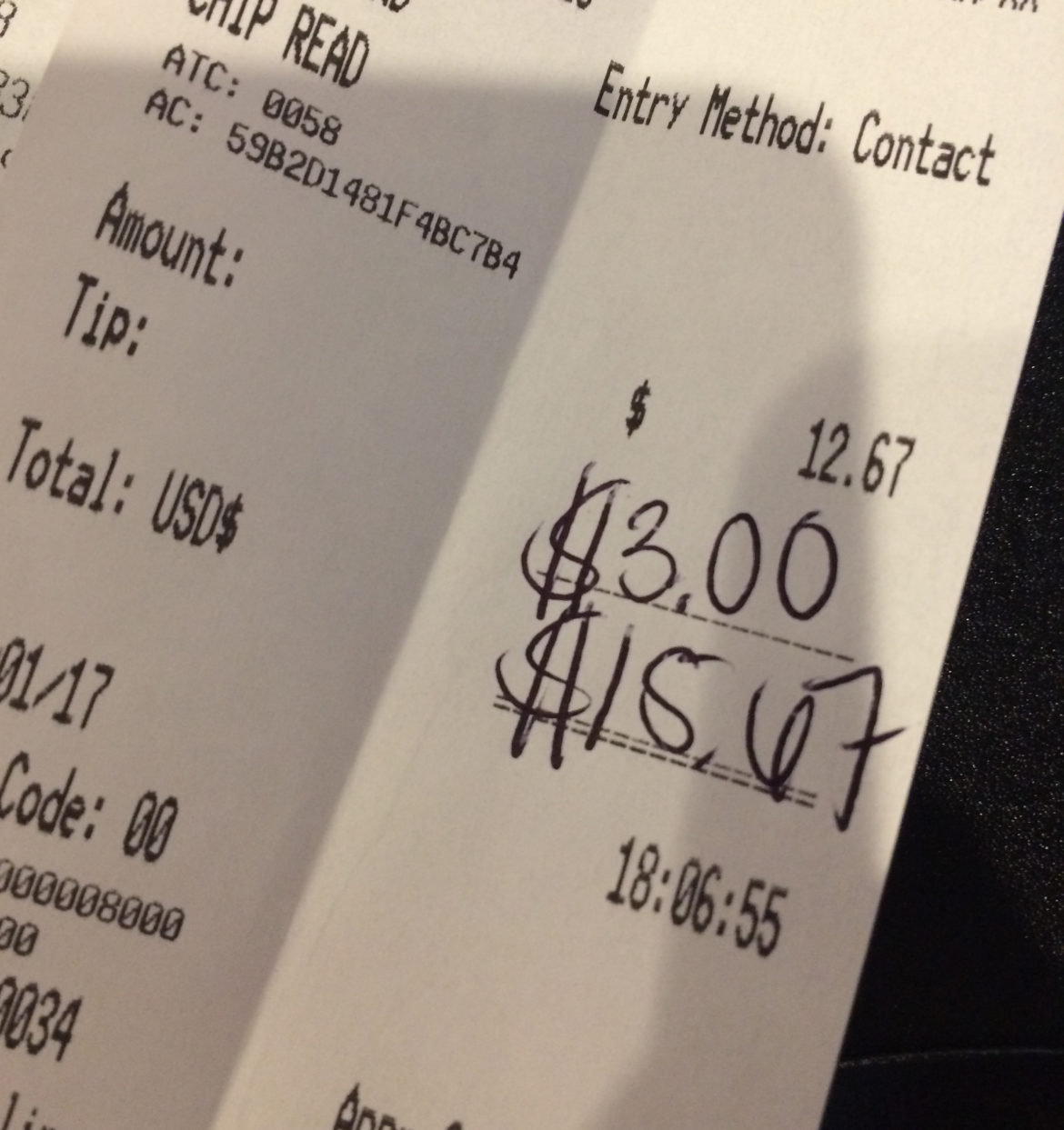 Customers typically tip their waiters and waitresses somewhere between 15% to 20%.

Many people who work in the food industry survive off of tip money. Waiters and waitresses typically make less than minimum wage, so tipping can make up a large portion of their paycheck.

Tip money is very important to Ellis because he only gets paid $3.18 to serve.

“My paycheck is primarily tip money. If you can’t afford to tip your waiter, then you shouldn’t go out to eat,” said Ellis. “It’s just rude to not tip. I mean, I’m not going to be upset all day about losing $5, but I still get a little upset especially if a table doesn’t tip on a larger tab.” Customers typically tip their waiters and waitresses somewhere between 15% to 20%.

Jake Pawloski, a delivery boy for Jimmy John’s in East Lansing, Mich., also receives basically all of his money through tips.

“I can get very upset when people do not tip me after delivering them their sandwich. It’s like not tipping your waitress or waiter,” said Pawloski.

When people order food online, there will sometimes be a “delivery charge,” attached to the order.

“Customers have a lot of confusion over [delivery charges] because sometimes those go to the driver to ensure a tip, and sometimes it doesn’t. Jimmy John’s delivery fees go straight to corporate, which kind of screws over the delivery drivers,” said Pawloski.

Pawloski, who mostly works lunch shifts, can make anywhere between $15-$80 depending on how generous the customers are feeling.

Carley Grau, who is a golf cart driver for the Round Barn Winery in Baroda, Mich., makes anywhere between $40 to $100 for driving people from the parking lot to the tasting room.

“I make the most tips when it’s busy because the walk to the winery can take up to ten minutes,” said Grau. “I consider the tips to be an added bonus on top of what I’m paid per hour.”

Unlike Ellis and Pawloski, Grau gets paid more than minimum wage at her job.

“People aren’t expected to tip me. It’s a free service, and I’m paid a full hourly wage. I think they do it because they’re reminded of the tipping etiquette for a valet or they’re just feeling generous,” said Grau.

Since Grau’s tips are not the primary part of her paycheck, she doesn’t think about them as much because she is not relying on them.

“It makes sense when they don’t tip me for the 30 second ride so it’s really exciting when they do,” said Grau.

One thought on “Tipping a necessity, not a bonus, for wait staff”