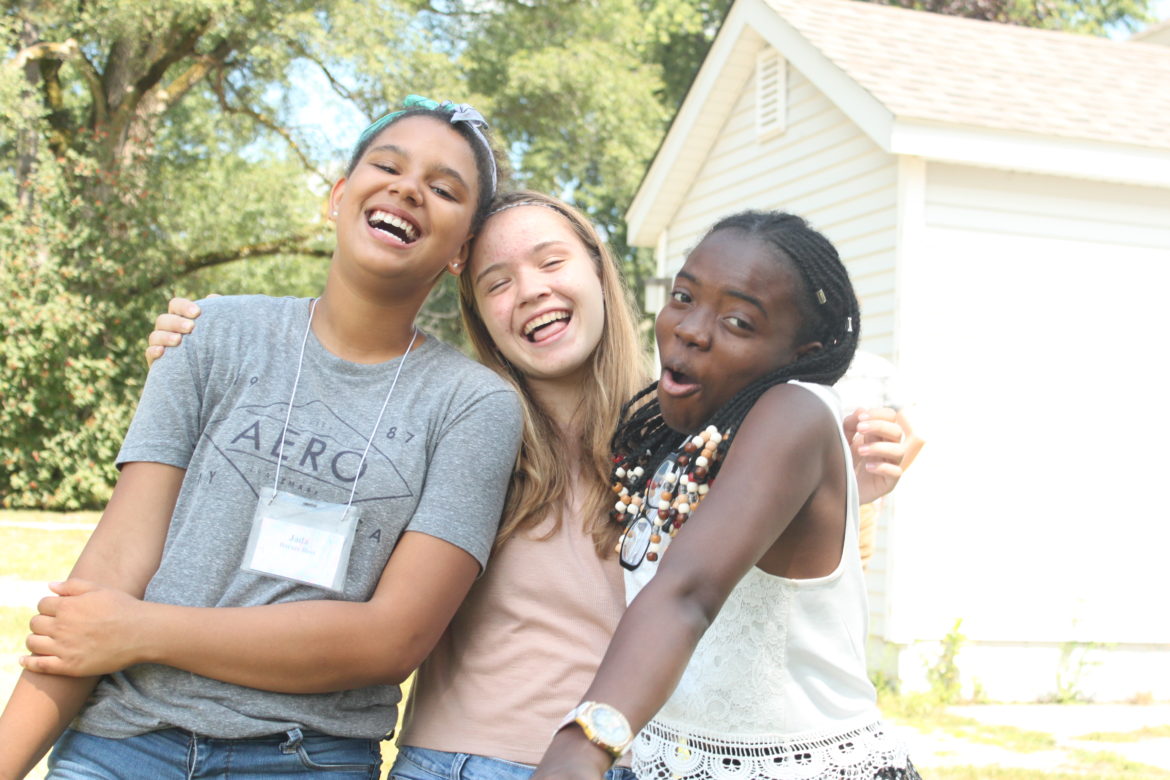 From left: Jada Barnes Ross, Neda Rahimi and an animator during a JYSEP camp in Davison, Michigan.

DAVISON, Mich. — According to a 2011 study, developing a culture of learning based in acts of service, both individual and collective, contributes to the formation of a more cohesive and peaceful community.

In many communities, youth have taken the initiative to start programs that focus on the education of junior youth, who are between the ages of 11 and 14, in order to better serve their communities and create bonds of friendship between program participants.

According to a 2004 study from The Annals of the American Academy of Political and Social Science, programs that work to empower all youth rather than simply focusing on those deemed “at-risk” are more effective at preventing problem behavior, promoting social competence, building healthy relationships and fostering spirituality. Members of the junior youth program in Davison, Michigan.

One example of a program that engages in positive youth development is the Junior Youth Spiritual Empowerment Program (JYSEP).

“JYSEP is building capacity in the junior youth in order for them to be protagonists of their own story,” explained Halaholo. “So they can take ownership of their spiritual and material well-being.”

The program involves youth over the age of 15 acting as animators to the junior youth in a community-based group. The animators then guide the junior youth through a sequence of books that touch on themes of individual will power and volition, justice, serving their communities.

The animators then guide the junior youth through a sequence of books that touch on themes of individual willpower and volition, justice, serving their communities.

In addition to the book sequence, junior youth plan their own activities and service projects that can involve the community at large.

Neda Rahimi, 13, has been involved with the program for two years. Members of JYSEP playing outside during their break.

“Some of the books talk about listening to your inner eye and inner ear so you can separate the good from the bad and push yourself to do what’s right,” said Rahimi. “I like being in the group. It helps me prepare for when I am older, to make good decisions and have more willpower.”

According to data from the Annals of the American Academy of Political and Social Science study, positive youth development approaches lead to significant improvement in areas such as self-control, interpersonal skills, problem-solving and academic achievement.

These improvements lead to youth and junior youth who are more concerned about their communities.

Jada Barnes Ross, a JYSEP participant has been involved with the program for a year and a half.

“We do yard clean-ups for elderly community members and we make care baskets for the homeless,” said Barnes Ross. From left: Jada Barnes Ross, Neda Rahimi and an animator during a JYSEP camp in Davison, Michigan.

She explained that all of the service project ideas were thought of by the participants while the animators provided resources to make it happen.

Barnes Ross also noted changes in the behavior of her peers.

“I feel like the violence has gone down because before there were lots of fights but now everyone is more relaxed.”

Like many other participants, Ross Barnes has been deeply affected by the junior youth groups.

“I’ve definitely been impacted by the program, I’m seeing a whole different side of myself. I know now that there’s not one point of view for everything,” she explained. “My mom is Christian and learning about the Bahá’í faith I see that you don’t have to praise one lord, you can praise all religions at the same time, so that was really cool.”