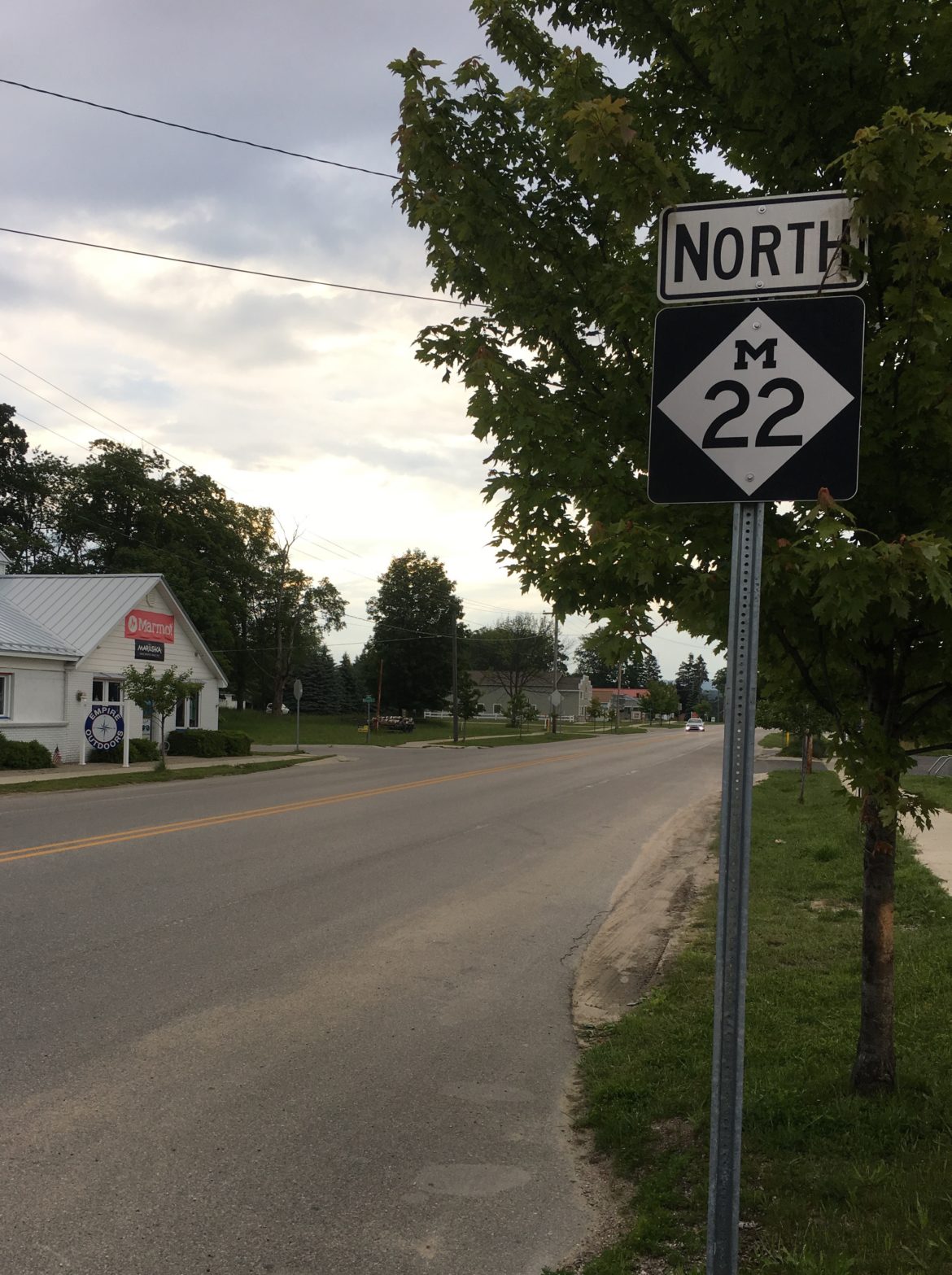 TRAVERSE CITY, Mich. — M22 is no longer just a 116.7-mile state highway that runs through Northern Michigan. The highway’s route marker is now a brand showing the pride that many people (both citizens and tourists alike) hold for Northern Michigan.

A company going by the same name printed its first shirt in 2004, opened it’s first store in 2007, and now has over 40 employees between it’s two locations. Nick Madrick, the chief operating officer of M22, says, “In 2004 we had about two stock-keeping units and now we have over 200 in our line. Apparel, headwear, glasses, accessories, stickers, collectables, signs and more.”

Mark Ritson, a professor of marketing and branding at Melbourne Business School, says the most important factors that contribute to a successful brand are awareness and distinctive brand image. Both of which M22 excel at.

For awareness, M22 works on supporting causes that they and their community are passionate about. Madrick says, “We hope to support causes we believe in, such as Leelanau Conservancy. We also hope to continue to evolve as a brand that inspires people to get outside and enjoy the amazing place of the Great Lakes.”

Below are M22’s recent donations to Leelanau Conservancy. Josie Ahlquist, a social media educator, author, and researcher with Florida State University, says, “A successful brand on social media focuses on telling stories over selling products. They need to know their precise audience, objectives for each social tool that is aligned to their mission and must be approached through skills and tactics of digital engagement, social listening, and community building over traditional marketing metrics.”

She says, “Without any of this, it is just busy work. Good social media takes a lot of time, resource allotment, and independence affordances to skilled professionals.”

M22 model Allida Smith says, “M22 does a fantastic job connecting communities through social media as well. Their posts represent the meaning behind the brand and do a great job of getting people from all over involved. Not only do the posts show how wonderful Northern Michigan is, but they also show the creative and active side of the area.” Below is their distinctive brand image, seen here on a bumper sticker and clothing. Celeste Buck-heinz, a customer and follower of M22, says, “I’m from TC and am so thankful for the lifestyle I grew up with. M22 represents my favorite place on earth and the life that goes along with it. It’s always been around since I was like 10.”

Allida Smith says M22 symbolizes something special to her as well. “M22 means adventure and friendship to those who grew up in Northern Michigan. Whether it meant hiking, swimming, late night bonfires, or watching the gorgeous sunsets, M22 was the road that connected it all. Most people who are native to the area have been on the road often. It symbolizes good vibes and exploration among many,” she says.

Another customer, Shalee Blackmer, a writer who is featured in Forbes magazine and USA Today magazine, says, “I support M22 because they support my home and are so much more than a clothing brand. They encourage exploration of our beautiful state of Michigan. They encourage their followers to push their boundaries. They encourage an active and outdoor lifestyle. But, most of all, they encourage us to step back, take a moment, and find joy in the life we’re living.”

2 thoughts on “M22: More than just a highway; it represents Northern Michigan’s way of life”