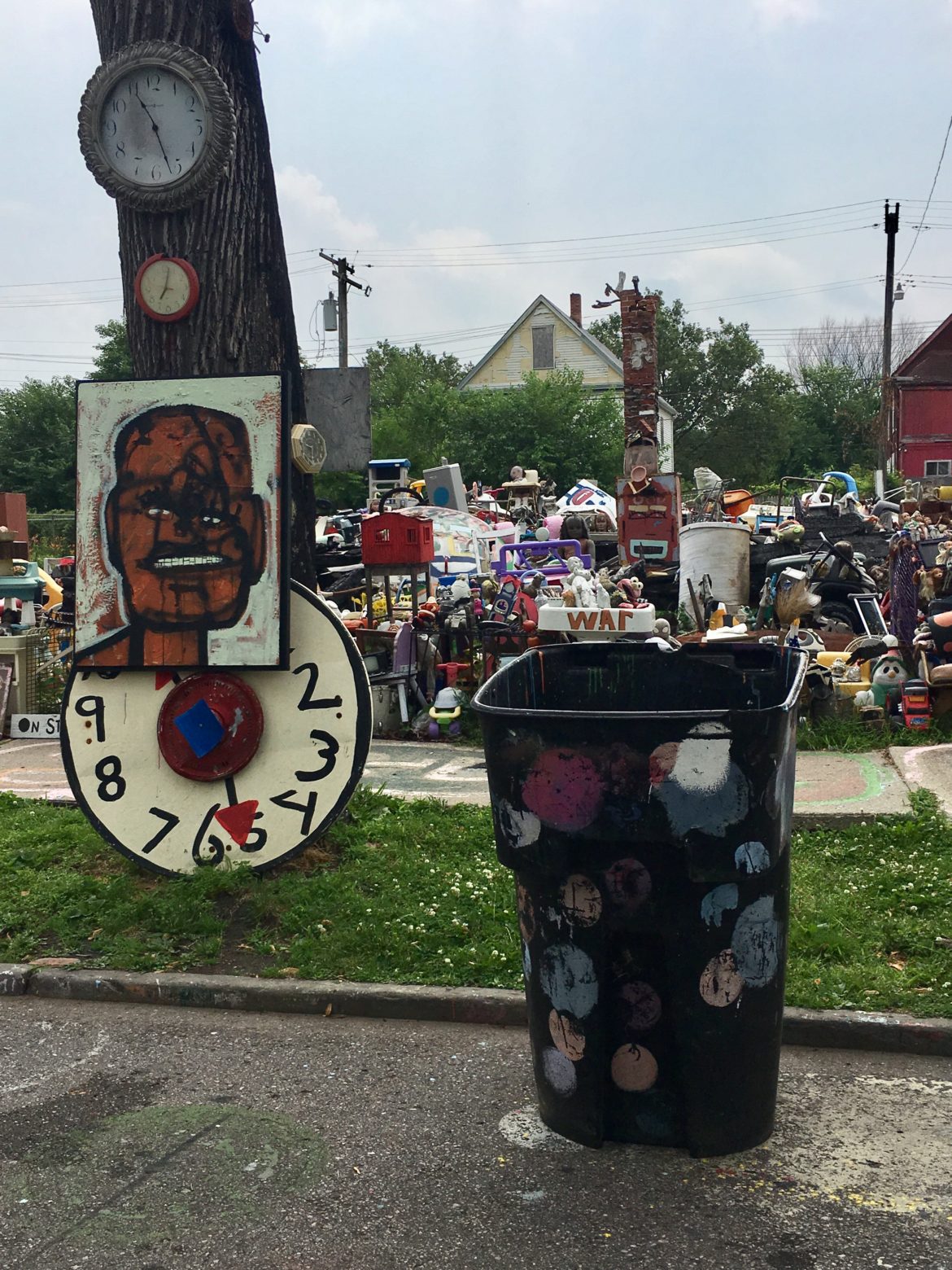 DETROIT — What is a life without art? To many people art surrounds, connects, and speaks to communities all across the globe.

For the city of Detroit, communities use art to reach peace within a neighborhood and a piece of mind. The Heidelberg Project happens to be a world known art project with a purpose located in urban Detroit.

Nicole Odell, an appreciator of the arts is constantly visiting Heidelberg to take in the wonders this city just has to offer. “I can’t get over the beauty and the message this project is trying to send, and the fact that it incorporates as much as the community as it can just shows the drive of Detroit.” Formerly known as “The Dotty Wotty House.” In 2009 it was re-envisioned when our own polka-dot president, Barack Obama said that he wanted the American People to think of the White House as “The People’s House.” This is where Tyree Guyton grew up. Photo by Kayla Hinton.

The HP began in 1986 by Detroit artist and Heidelberg resident Tyree Guyton as a response to deterioration and neglect in his childhood neighborhood.

When it comes to Detroit you must be prepared to face negativity, violence, and arson even if you are only trying to make a positive difference within a community. Grace says Heidelberg has had turbulent relations with the city: “In 1991 and again in 1999 Heidelberg sustained two demolitions as ordered from the city.”

More recently there have been a series of arson fires in 2013 and 2014. Grace says this resulted in the loss of six prominent house installations. “Art houses lost in the fires include The O.J. House, The House of Soul, The War Room, The Penny House, The Clock House, and The Party Animal House,” says Grace.

Despite the negativity that can come with art in Detroit, creator Guyton did not let this stop him. Grace says Guyton created this to breathe new life into his childhood neighborhood: “Tyree believes that art is like a medicine and that you can’t heal a community unless you heal the minds of the people. Art helps people see things in different ways.” Grace talks about the many new plans in the works for The Heidelberg Project. In August of 2016 Guyton made an announcement that he would dismantle Heidelberg for his new vision, Heidelberg 3.0.

“As our vision for Heidelberg 3.0 takes shape, we are securing the legacy of the HP through the Numbers House Renovation Project and Thirty Months of Heidelberg, a program celebrating the thirty year journey of the Heidelberg Project through a unique series of experiences and events.” Grace adds. Some see the Heidelberg as a political stance others not. Grace believes that sometimes you should just get out there and make your statements to start a conversation.

Grace notes just how important art is for a city like Detroit, “Detroit has always been a creative place, and I do believe that art and creativity are embedded into the fabric of this city. We are still the motor city but we are also becoming more and more of an arts capital as well.  People come here from all over the world to see it and to become a part of it. It’s really a beautiful thing!”