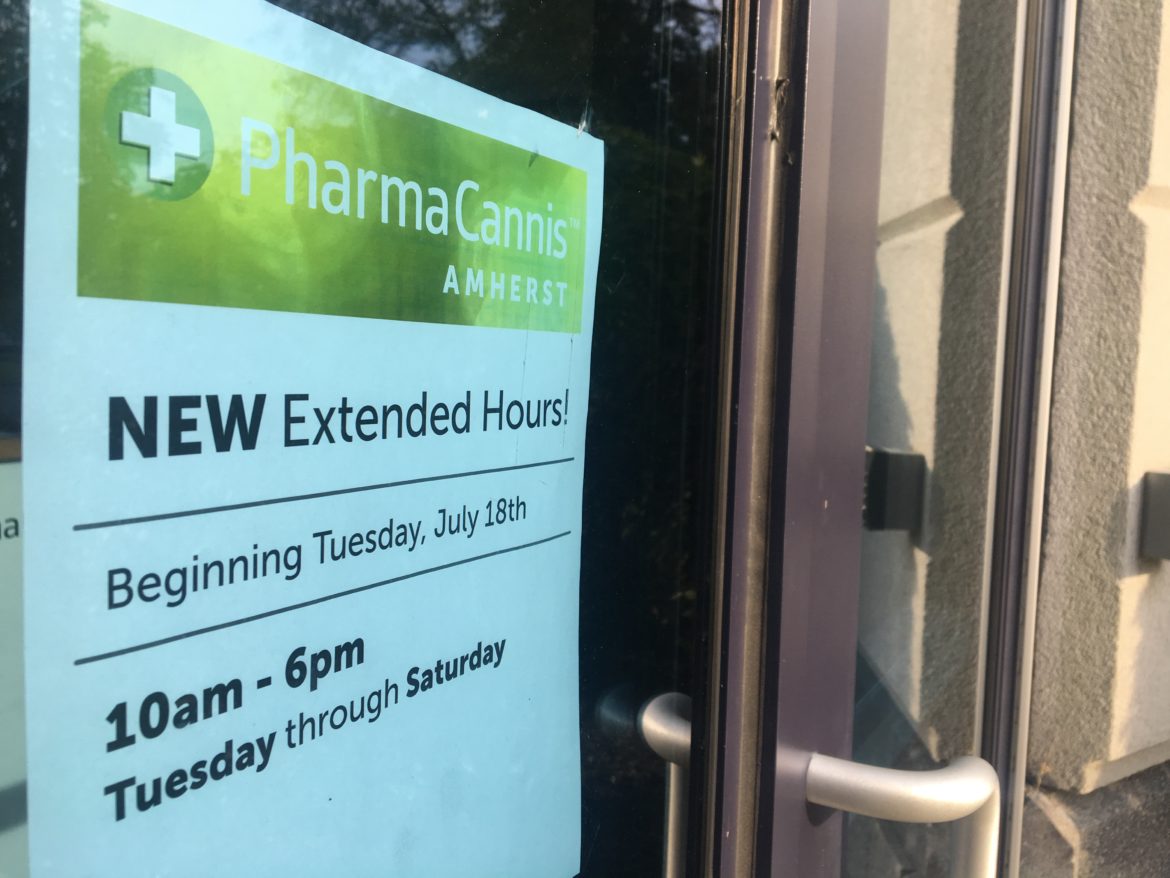 The legalization of marijuana has been a controversial and popular topic as individual states are beginning to legalize it for recreational use in addition to medical use, which is already legal in 29 states in the U.S.

Pharmacann LLC, the largest holder of medical marijuana cards in the state of Illinois, has 107 employees and 11 facilities which include three cultivation centers and eight dispensaries around the country. Pharmacann is also located in Massachusetts, Maryland and Pennsylvania. They are one of 10 registered organizations in the state of New York with a license to distribute medical marijuana. Jeremy Unruh, General Counsel and Chief Compliance Officer at Pharmacann LLC in Chicago, was previously a prosecuting attorney and switched over into the medical marijuana field. He explains that cannabis, a plant otherwise known as marijuana, is not dangerous compared to other things in our society.

“No one has ever died from an overdose on cannabis,” said Unruh. “It’s far less harmful than stuff like alcohol, which is the fabric of our culture. It seems there’s nothing to be opposed to in legalizing medical marijuana. Of course, we still have to be responsible with things such as driving under the influence.” Unruh explains that 60 percent of the U.S. population approves of the legalization of medical marijuana, according to a Gallup Poll. Personally, he feels strongly about the subject and believes cannabis has positively impacted many lives.

“There might be an old man who can’t sleep at night who uses cannabis or a man who uses it to help his back spasms,” said Unruh. “It’s a part of healthcare. We don’t know exactly where it fits in yet but cannabis has a definite role in today’s healthcare.”

In the state of Michigan, recent polls show that voters are more in favor of voting for legalizing recreational use of marijuana rather than voting against it. If approved for the 2018 ballot, Michigan could be the next state to legalize marijuana for both uses.

“Michigan is already at 100,000 out of the required 250,000 signatures they need to collect for the vote to even appear on the ballot,” said Unruh. “They’re four months ahead of schedule.”

In October 2016, East Lansing, Mich., passed a law where those over 21 years old are allowed to use and possess up to an ounce of marijuana on private property.

Hannah Byck, a junior social work major at Michigan State University, agrees with Unruh that it is less dangerous than alcohol.

“It should be legal for recreational use as well as medical,” said Byck. “It’s safer than alcohol in the sense that if you drink too much, you might black out and not remember what happened.”

Rachel Hinkle, Assistant Professor of Public Law at the University of Buffalo, explains that the medical and recreational use is still illegal under federal law but it’s unique in that the federal government hasn’t been enforcing the law on states who legalize it. The Department of Political Science at the University of Buffalo

“One of the factors that complicates the issue is our federal structure of government,” said Hinkle. “This creates potential conflict of laws and the way to fix it would be to change the federal law. If it was legalized at a federal level the states could make the use of marijuana illegal if they wanted to but they wouldn’t have to.” The Department of Political Science at the University of Buffalo

“If states continue to legalize marijuana, medical and recreational, and the federal government doesn’t enforce anything, it could lead to state power in other ways as well,” said Hinkle.

Although both medical and recreational use of marijuana is illegal under federal law, Hinkle comes to the conclusion that from a political standpoint, it would be easier to pitch the use of medical marijuana. University at Buffalo application to the major of political science

Chrissy Clark, a junior broadcast journalism and political science major at Michigan State University, believes the legalization of marijuana is a state right and not a federal decision.

For more information on the medical uses of marijuana, visit http://www.pharmacannis.com/.