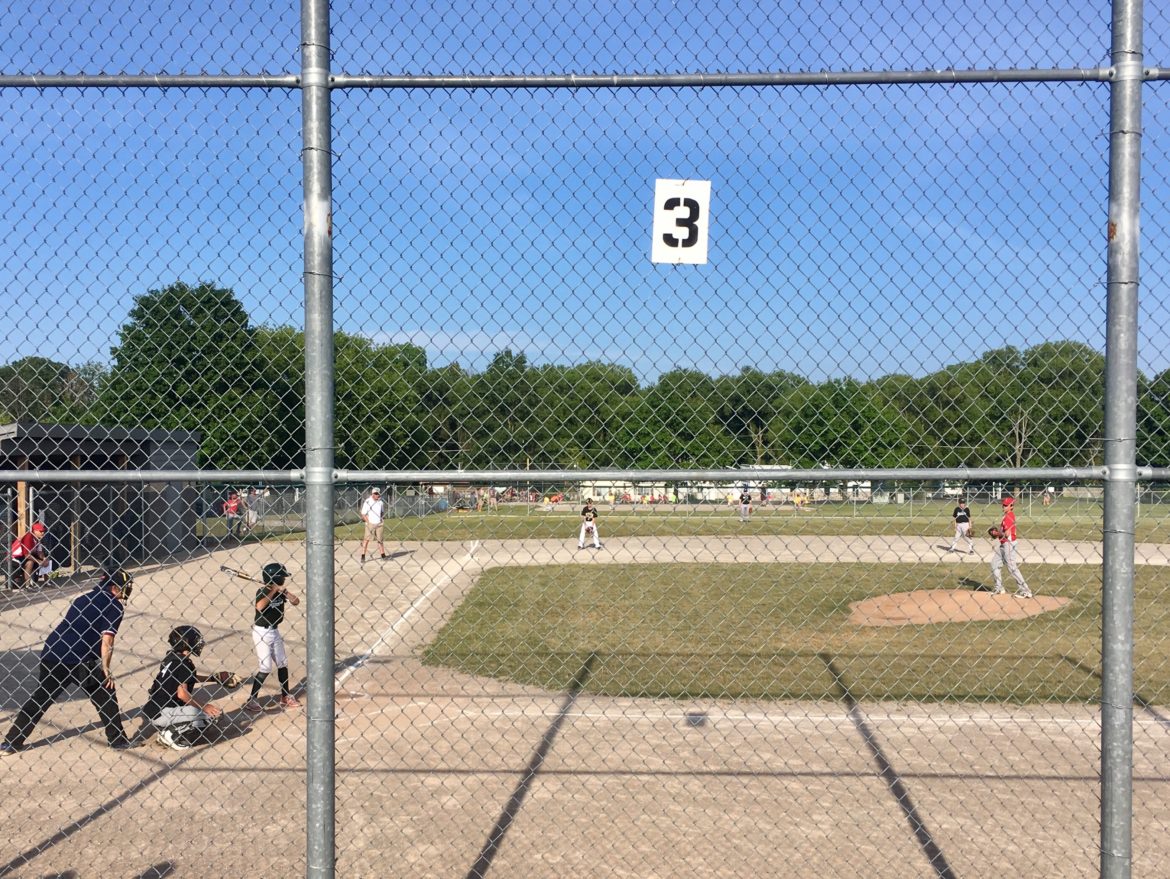 A play during the 4th inning of a Traverse City Little League baseball game on Wednesday, July 25, 2016. Photo by Amy Davis. A play during the 4th inning of a Traverse City Little League baseball game on Wednesday, July 25, 2016. Photo by Amy Davis.

TRAVERSE CITY, Mich. — According to the United States Census Bureau, 10.5 percent of the population of Traverse City, Mich. was between the ages of 5 and 18 years in 2015. Across the area, programs and groups are offered to this age group in different activities.

Dena Schweitzer says that there are many opportunities to try different sports after she has been in the area for 25 years.

From her four years with Traverse City Little League baseball she has seen the program progress initially with the addition of a second annual season three years ago. This has resulted in an increase in playing time for all players.

Schweitzer says that she would would now like to see these LEAP season to be longer. “The seasons seem short and it seems like there aren’t enough opportunities to improve skills in that short amount of time. The baseball teams could be most strengthened if we had an indoor facility,” she says. The Traverse City Little League offers an extra season during the summer months with games every Wednesday weekly. Photo by Amy Davis.

Connie Campbell has been in Traverse City for 21 years, and has been involved with Traverse Bay Area Youth Soccer for 11 of those years. She says that in her time at TBAYS, it has changed and evolved.

“There are over 4,000 kids that go through our programming in the course of a year. This has progressed us to now have 21 teams in the North Storm travel program,” she says.

Campbell also emphasized the involvement and engagement of children programs with the surrounding community.

“Community involvement and ensuring that all kids up through middle school have a place to play is very important to us,” she says, “the community outreach from TBAYS has increased to such as being involved with the Cherry Festival Cherry Royal Parade to being a part of the TC Chamber of Commerce.”

She also adds, however, that there are definitely limitations on the activities that kids have opportunities with currently.

“As kids get older, late elementary turns into middle school and it is harder and harder for kids to be multi-sport athletes due to the timing of activities.  In Northern Michigan we are in a unique situation due primarily to the weather which limits us from the outside activities as they are very seasonal,” she says.

Campbell says that she would love to see the community, schools and non-profits all begin to work together more, as this will in turn make for more opportunities for children.

Cheryl Bloomquist works with the Early Childhood Education Program at Northwestern Michigan College in Traverse City. Her expertise here is ranged from children right after birth to five years of age.

“There are numerous activities available to children for this age group in Traverse City, however, only a few of them are offered free to families,” she says.

Bloomquist says that most programs in the area cost money and emphasizes the need for change in this. “Often families don’t have the resources to be able to pay for extracurricular activities, since they are already paying out of pocket for necessary child care,” she says.