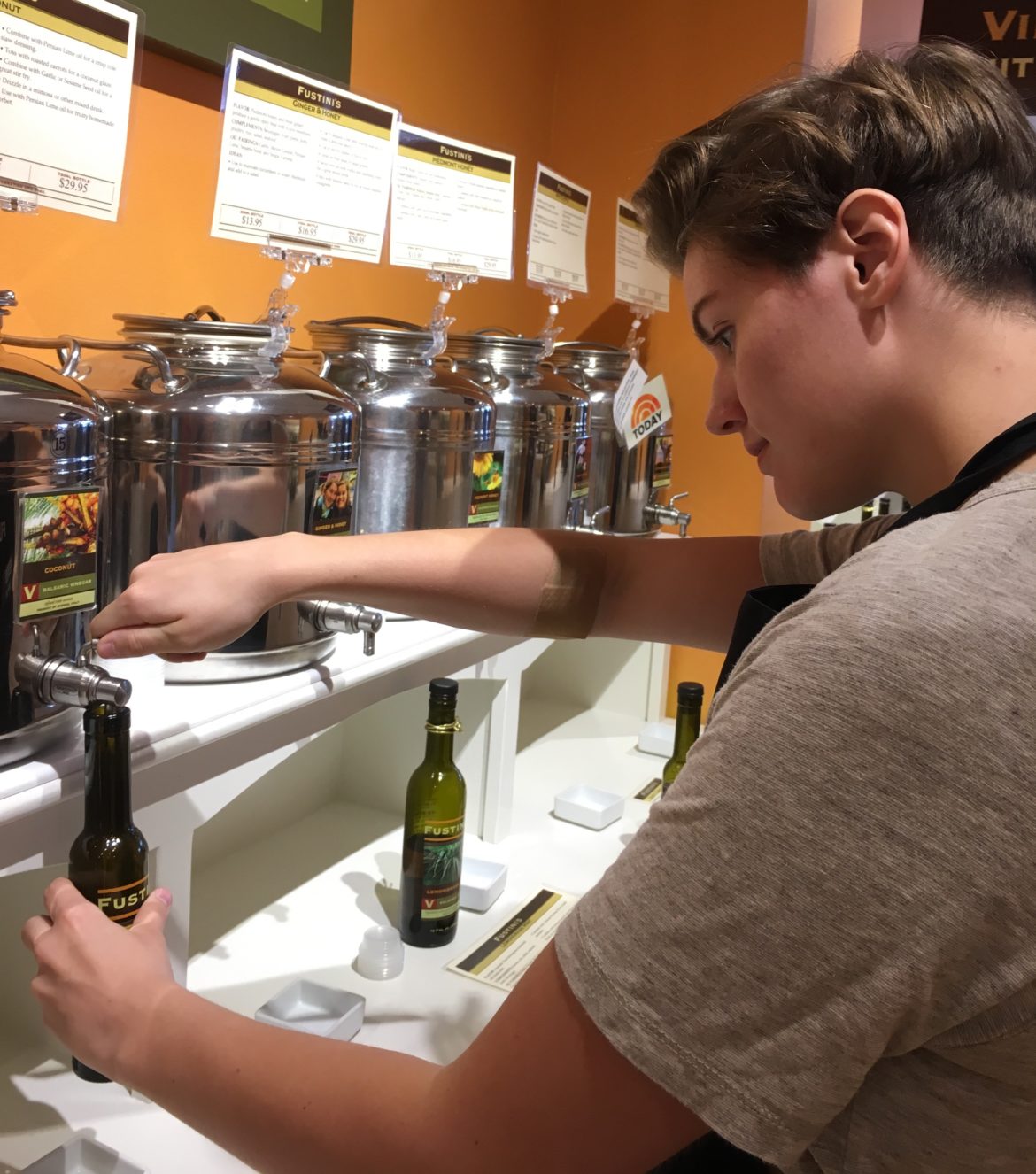 TRAVERSE CITY, Mich. — The annual National Cherry Festival is July 1-8 this year and Traverse City was busy preparing in recent weeks for the thousands of attendees, including both tourists and citizens.

Steve Heap, a professional at the Association of Festival Organizers, says that communication is key when a city prepares for a festival. He also says it gets easier with experience, but still takes the whole year to prepare for the annual festival.

Kaylie Camp, 19, has worked two previous Cherry Festivals at Fustini’s, an oil and vinegar store located in downtown Traverse City. She says, “We probably see three to four times the number of customers we would during any other usual week of the summer. Basically, the store is never empty and we expect and prepare for the same chaos every year.” “Cursing Cherry Fest, all of our employees are pretty much scheduled everyday. Nobody can request days off because we need all of the help we can possibly get. We have employees that work specifically to constantly restock the shelves with bottles of oil and vinegar all day because it goes so quick. On an average weekday we might sell 400-500 bottles. That number at least doubles during Cherry Fest. So, we work hard to keep our shelves full and customers happy.”

While employees can be stressed and have heavier work loads, the work pays off and many attendees love the festival. Alex Trejo, a visitor of the Cherry Festival, says, “I have been going to the Cherry Festival my whole life, I look forward to the festival as a whole because there’s a lot to do. My favorite parts would be the rides, seeing a bunch of old friends, and the ribs.” Trejo also says, “I would say it’s being ran pretty successful, except for the prices of everything seem to be higher than they need be. My least favorite part is how packed it gets with a bunch of disrespectful ‘out-of-towners.’”

M22 is another business located in downtown Traverse City. Sarah Patten, an employee, says she enjoys working during the festival. Patten says, “I think that the amount of customers during Cherry Festival goes up drastically compared to the rest of the year. It’s a really great experience to meet all of the people who come from all over the country to shop at our store!”

Patten has been working at M22 for over a year, and worked during the National Cherry Festival last year.

She says the main goal when a business is preparing for the festival is to stock, stock, stock.