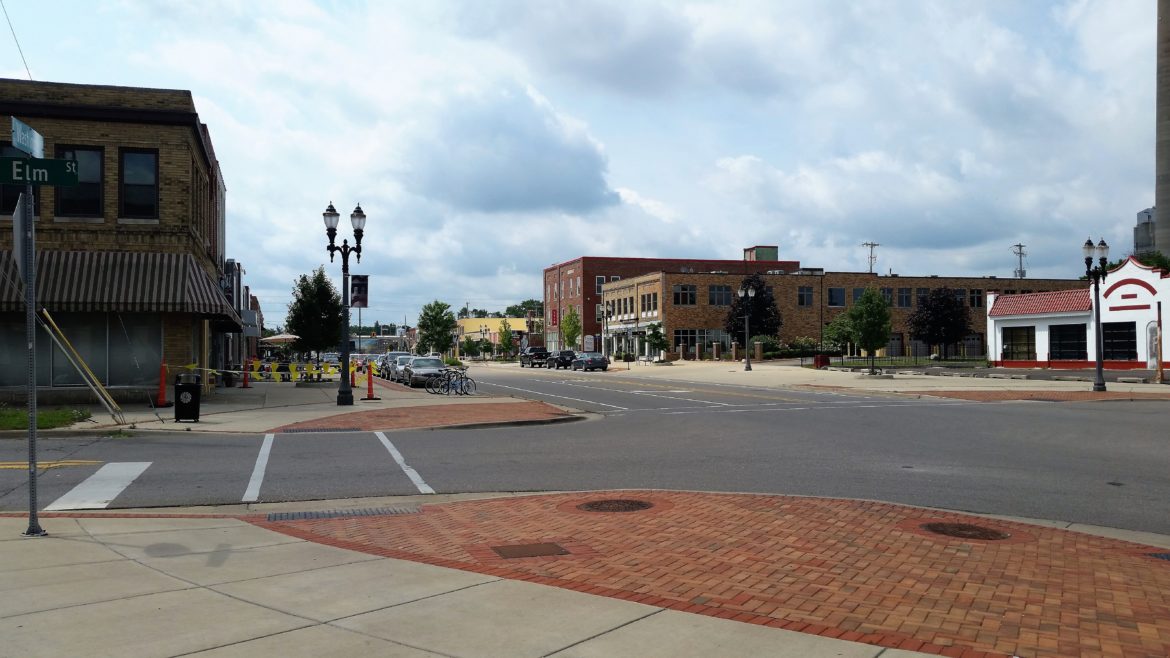 REO Town, a Lansing district located south of downtown, is considered the United States birthplace of the commercial automobile. The district is named after Ransom Eli Olds, an entrepreneur who founded the REO Motor Car Company in 1905.

From 1905 to 1975, a major manufacturing plant for the REO Motor Car Company was located in REO Town. The plant gave a significant financial boost to the district, supplying both jobs and outside interest.

Since production ceased in 1975, the automotive industry has remained the major employer in REO Town, with more than 2,000 workers employed by the Lansing Grand River Assembly plant. Other major employers include the Lansing Board of Water and Light, Saddleback BBQ, REO Town Pub, Good Truckin Diner, Quality Dairy, and New Horizons.

Even though REO Town never truly fell, residents and business owners have struggled for decades to improve the community atmosphere. Now, according to business owners and residents, the district seems to be growing faster than ever.

“Since the 80s and 90s, we’ve definitely seen an immense amount of change,” said Dylan Rogers, owner of The Robin Theatre in REO Town. “I think a lot has been positive – more toward supporting local businesses and away from crime and deserted streets.”

“We’ve gotten more attention to the activities and progress that’s been happening down here,” she said.

Rogers believes one positive change is community recognition. He explained that, when he first moved to the area and began talking about REO Town, many people didn’t know what he meant.

“These days, I think there’s definitely a buzz and more and more people seem to be familiar with at least the name, even if they haven’t necessarily come to hang out in the area,” he said.

Over the past few years, Rogers said, a number of small business have opened up.

“The biggest difference really in the past six months is, while we’ve been consistently building momentum, there’s more foot traffic now,” Rogers said. “We are seeing more traffic this summer than we have for years.”

O’Meara, however, has some concerns for small business owners.

“There’s starting to be a little bit of gentrification,” she said. “People are expecting more because it’s getting more attention. It’s good, in a way, because more sustainable businesses will be moving in. But anyone who has a start-up is kind of getting pushed out.”

O’Meara devotes a good portion of her time to running the REO Town Commercial Association, a group primarily designed to encourage growth in the area.

“We’ve really gotten the association running pretty well,” O’Meara said. “We’ve been voting in board members and we’ve been having meetings.”

Despite her concerns about gentrification, O’Meara admits business owners in REO Town have a distinct advantage in terms of attitude.

“We’re fortunate in REO Town to have a pretty tight-knit business community,” he said. “That really helps when it comes to communicating between REO Town business owners. I think communicating and strategizing between local businesses has been key.”

Ronald Fisher, an economics professor at Michigan State University, believes that the progress in REO Town is part of a bigger picture.

“You have to think of it as a process,” he said. “All these segments of Lansing are connected.”

Fisher added that, for a town to completely “come back” in terms of economic stability, there are several factors involved.

“It really has three components,” Fisher said. “Is the city government going to be financially stable? What will be the economic condition of the people who already live there? And will new people move into the area?”

With ongoing business growth, a strong commercial association and a team of business owners willing to collaborate, Rogers believes REO Town is there.