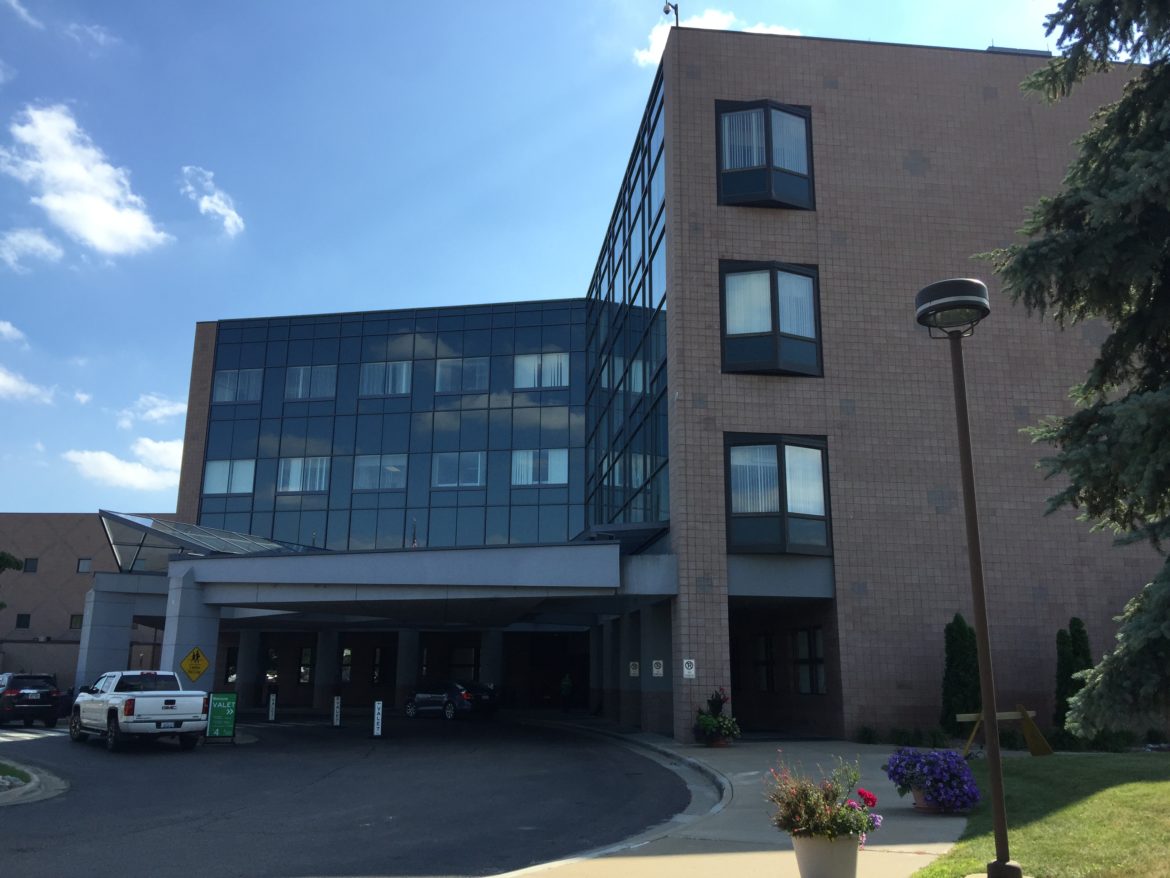 When thinking of a donation some thoughts or words that come to mind may include clothes, food, money, or charity. Maybe even the thrift shop The Salvation Army or the consignment shop Goodwill. People donate all the time and do it expecting nothing in return, well at least most people.

People will also donate parts of their bodies in exchange for cash. Some common donations include plasma, hair, sperm, and eggs.

“The leader in all of it is obviously the plasma donations,” said Dr. Franz Jaggi, Chief Medical Officer for the Flint Hurley Medical Center. Jaggi is also an assistant professor at the University of Michigan Flint where he specializes in emergency medicine and internal medicine. According to Jaggi, in his experience with plasma donating over the years and talking with donors, donating is purely a financial decision and not so much providing a biologic for patients that need plasma.

The difference between donating blood and donating plasma is the fact that a blood donation is solely used as a donated service and not a paid service says Jaggi.

“When it comes to plasma, it’s a business and it’s a money making business,” said Jaggi. “People that donate use it as a source of income.”

According to Jaggi, it is easy to tell who is a long time plasma donor. A long time donor will have scarring in their antecubital fossa (this is the brachial vein and the elbow where the plasma is drawn from). Shot of the antecubital fossa (represented by the triangle), where plasma is drawn from – Photo provided by Grant Cislo

Plasma donor Brad Doyle admits that he has a mark on his arm from donating plasma.

“I didn’t change arms the first two times I went, I had them jab it in the same spot twice, so now there is a mark,” said Doyle.

And for those wondering, donating plasma is a safe process.

“There are industry standards that the plasma centers have to have on sight.” said Jaggi. “There is some oversight in terms of their operations, both from a quality insurance stand point and an infection control standpoint.”

Now there are some complications that can come with donating plasma, but nothing too fatale.

Some people will go a little dehydrated and will donate a volume of plasma that will cause their blood pressure to drop and will cause them to faint says Jaggi. There are some precautions you have to take.

According to Jaggi, some of these precautions include having a hepatitis B screening as well as getting a liver function test drawn. These screenings are used to ensure the donor is healthy enough to donate.

“The second time I did (donated plasma), I don’t think I had eaten enough before, so I really felt light-headed during it,” said Shannon Kelly, a previous plasma donor. “I feel like I was the closest to passing out I have ever been, but afterwards, once it was over  I was totally fine.” Donating plasma will always give cash back in return, but not all centers give donors the same amount of cash.

Doyle has donated plasma three times in the past two weeks and has received $70 in return each time. Kelly however donated a total of five times and only received $50 each time, for a total of $250.

One thing all centers agree on is how often you can donate plasma.

Both Kelly and Doyle said that after donating one pint of plasma, you are required to wait 48 hours until you can donate another pint and you are not allowed to donate more than twice a week.

“You have to wait 48 hours between sessions at the minimum and the other minimum is twice a week,” said Doyle. “So technically you could go donate Tuesday, maybe come back and donate Thursday, but then you can’t return until the following Tuesday because it is only twice per week.”

Plasma centers can be found almost anywhere, but according to Jaggi, some of the most common areas to find plasma centers are college towns.

“Plasma centers, they aren’t dumb, they know how to make money and they do that by putting themselves in environments where people need money,” said Jaggi. “With college towns and universities, there is frequently a plasma center on the border of every campus around because they know that when you are in college, people want extra money.”

Mitch Sklar, a student at Michigan State University admits to donating plasma in order to receive money to pay for a ski trip.

“I did it to have cash for ski weekend, it worked out real well,” said Sklar.

Rob Page, also a student at Michigan State University has donated plasma before in order to get some money to put toward a previous spring break trip.

As noted before, plasma is one of many donations to be made in exchange for cash. Some other examples included sperm, hair, and eggs and while people do donate to these other causes, plasma still trumps all.

“A lot of sperm banks and university hospitals are constantly asking for specimens, but not nearly as much as plasma,” said Jaggi. “Plasma is probably the biggest industry for paid donations.”