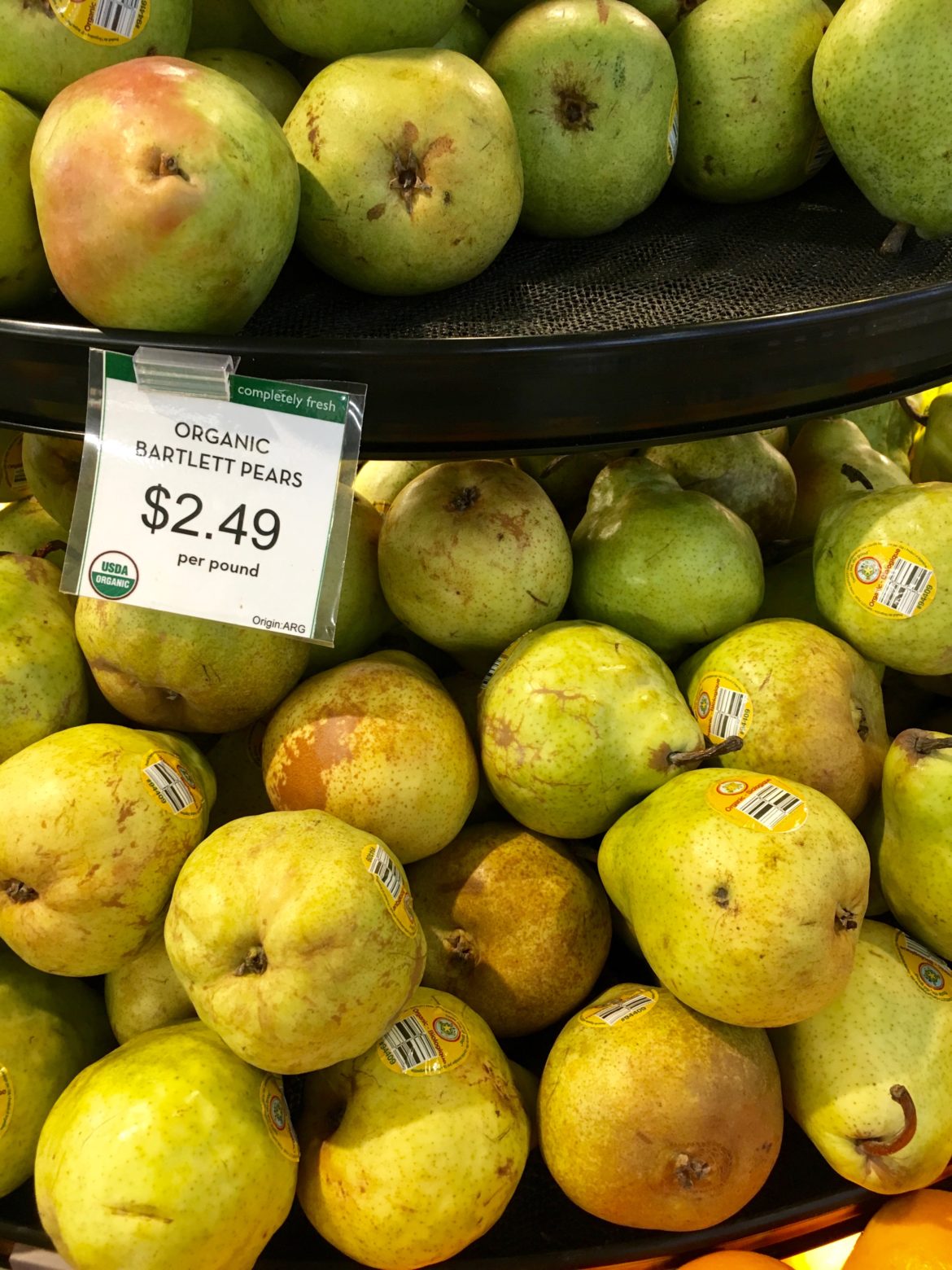 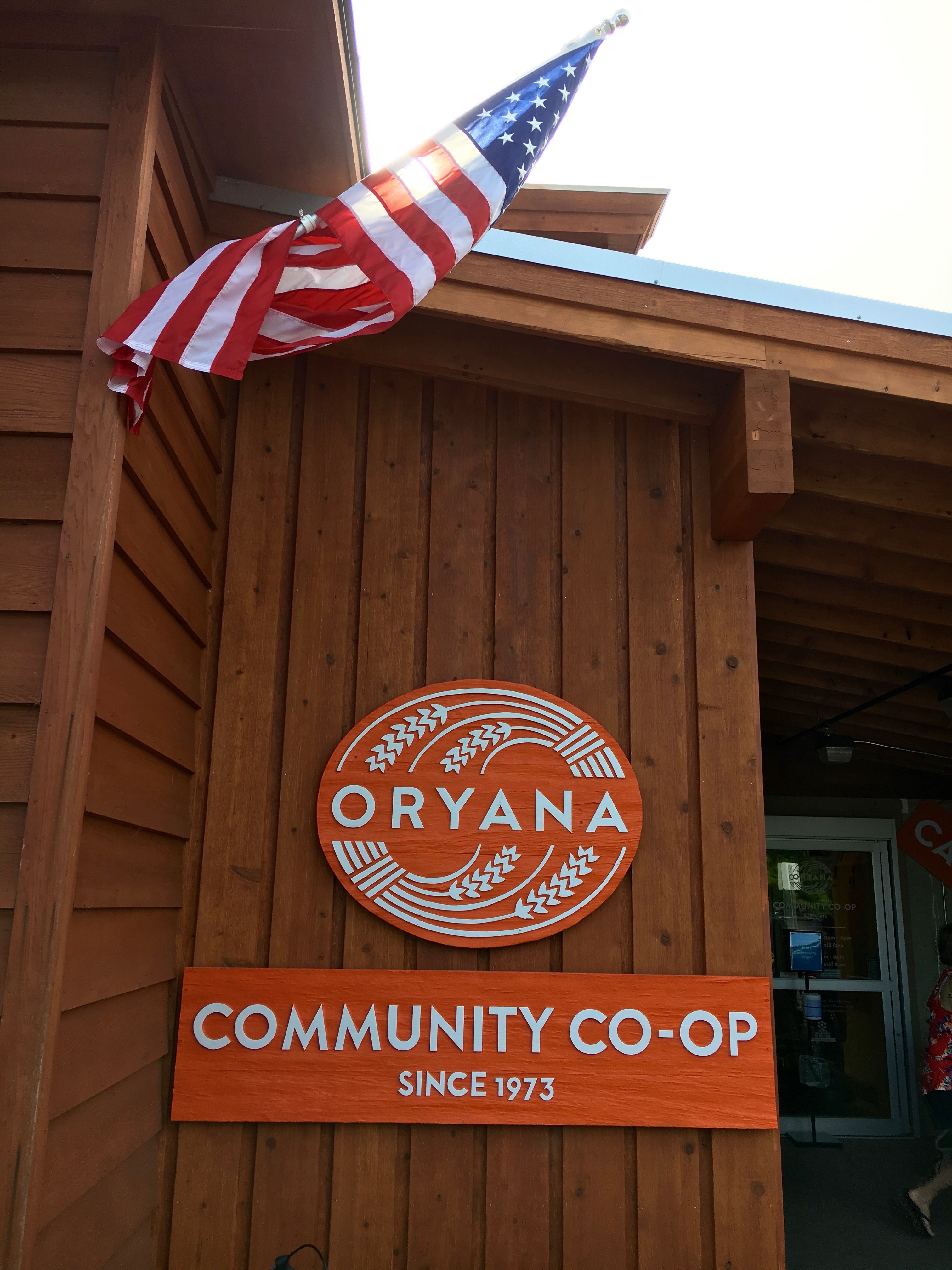 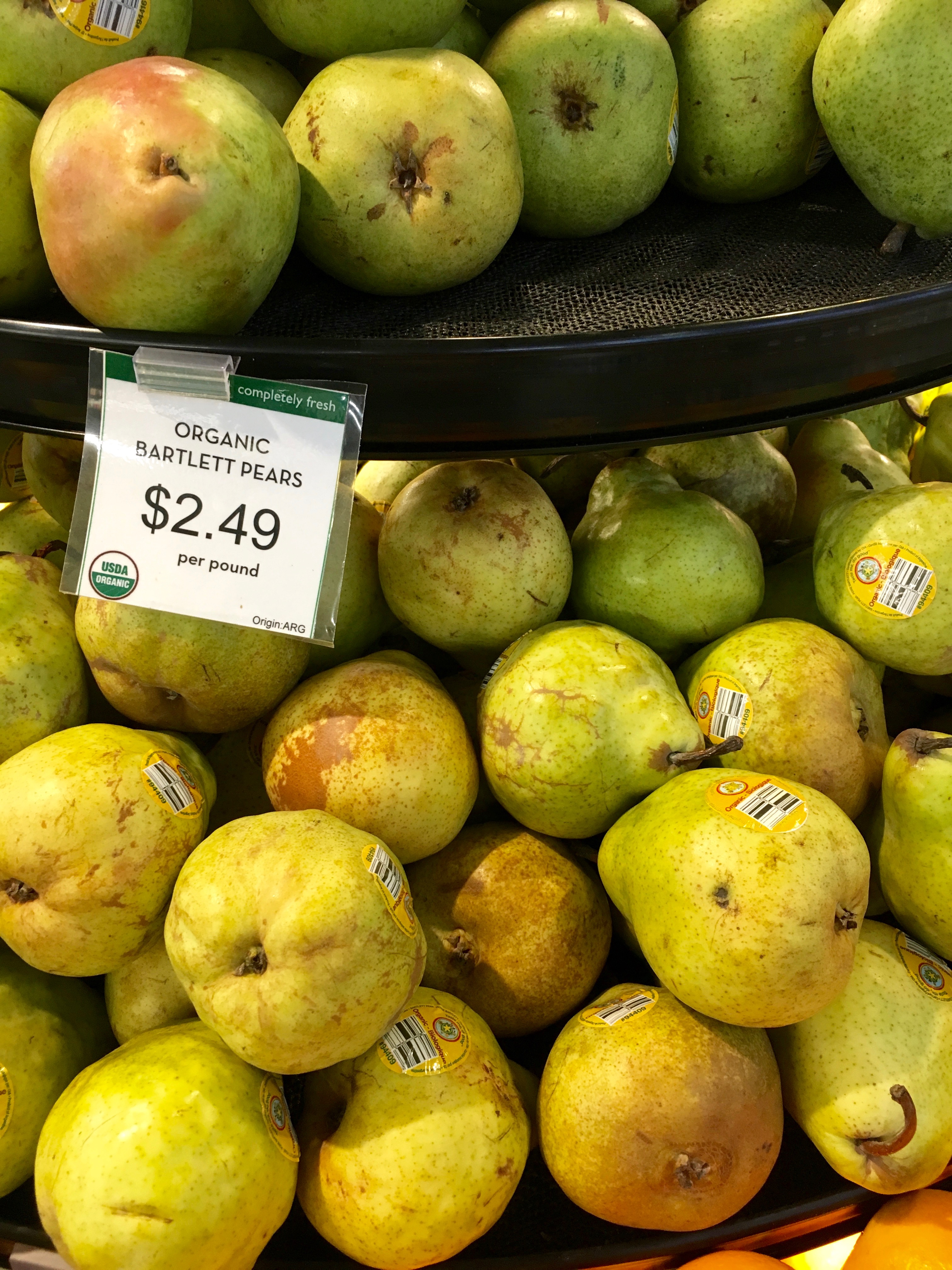 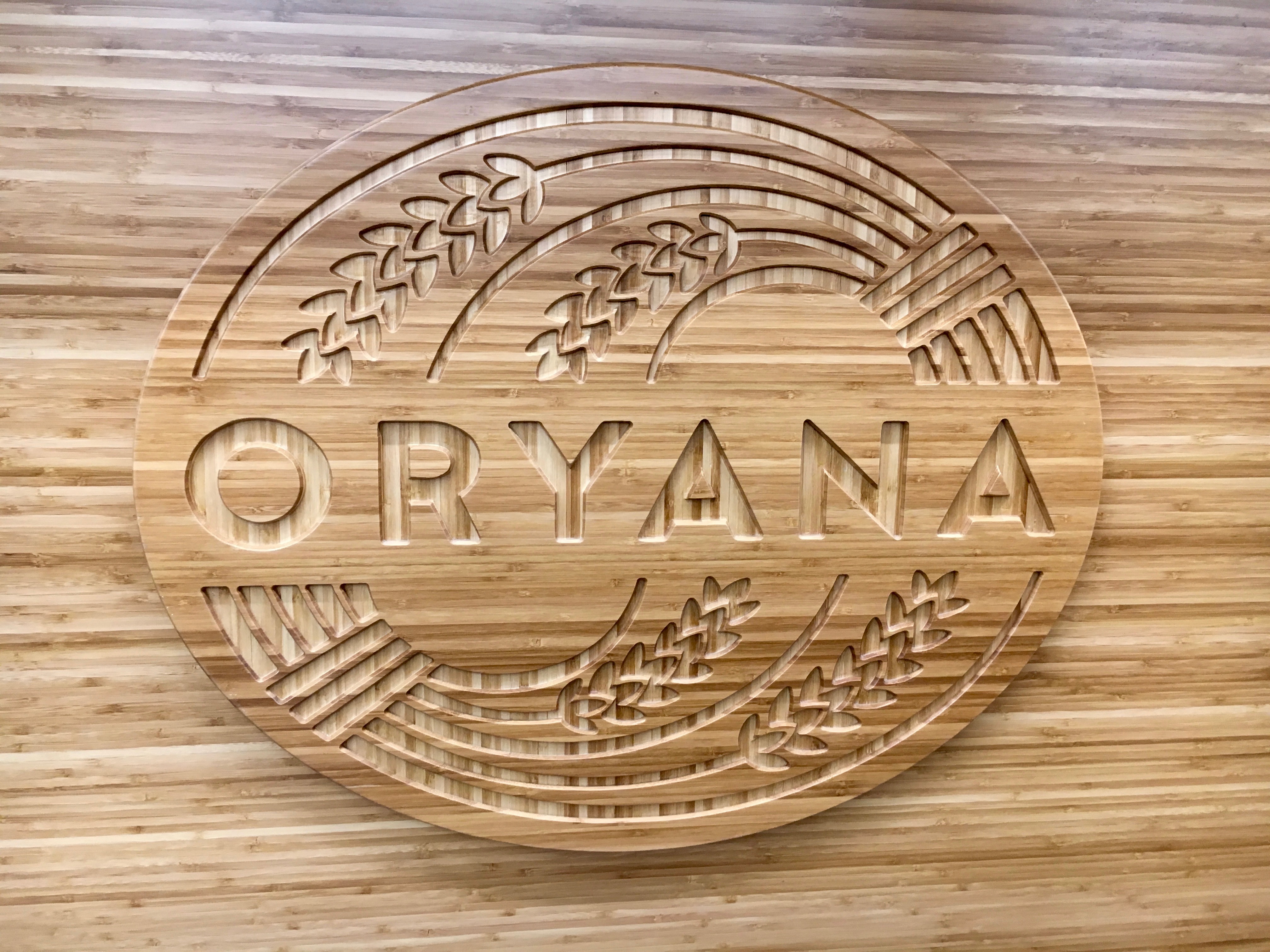 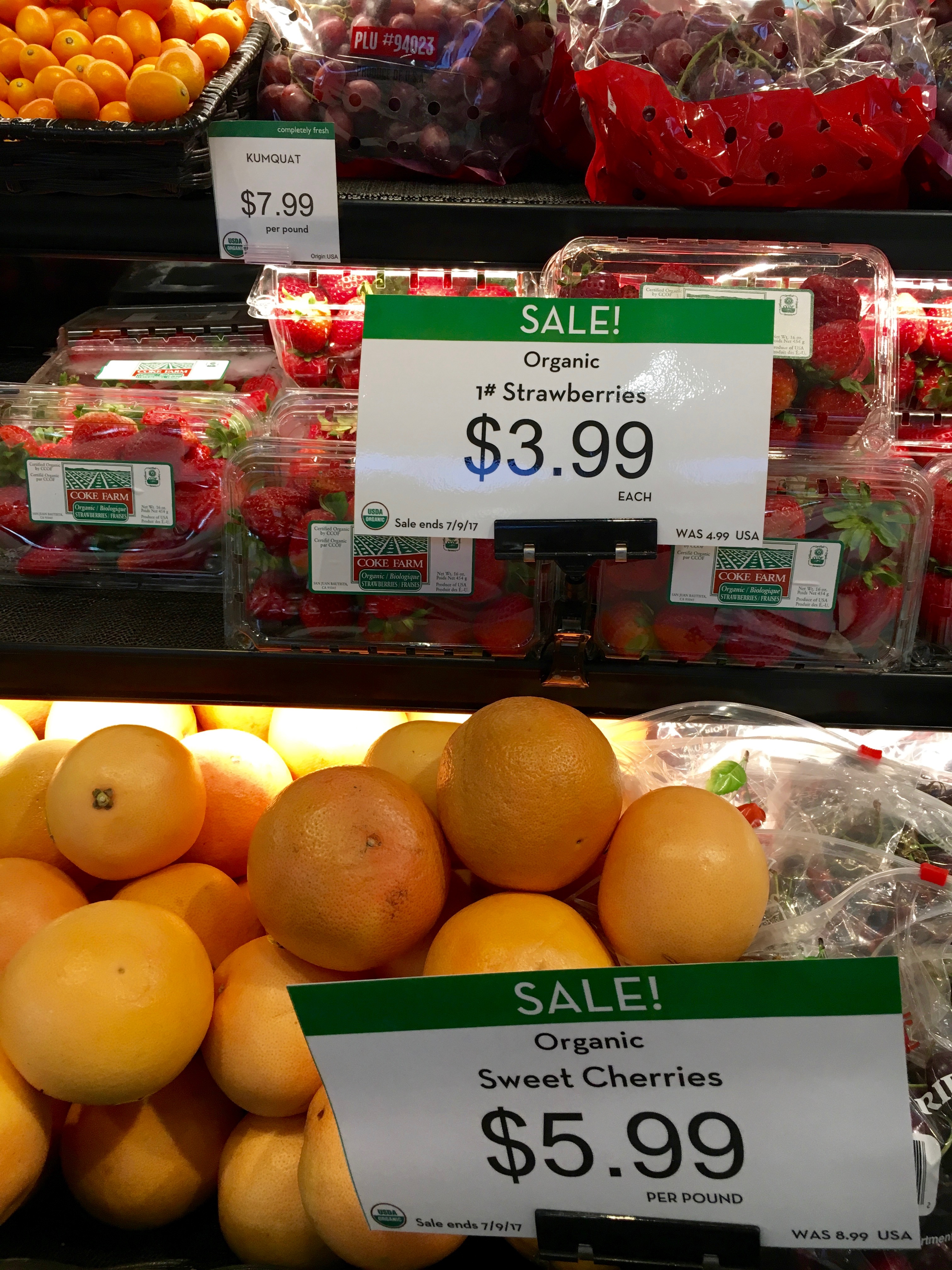 Examples of organic fruit being sold for reduced prices at Oryana in Traverse City, Michigan. Photo by Amy Davis.

TRAVERSE CITY, MICH. — The trend of organic produce is growing in society, as citizens are turning to allegedly healthier options across the board. Traverse City is following this direction with businesses like Oryana.

General manager of Oryana tephen Nance says that their organic and natural foods and products have gone from being a small niche to mainstream with lots of availability in many stores.

Oryana Natural Foods Market in Traverse City, allegedly originated on Randolph Street in 1973. In 1996, Oryana moved to E. 10th Street and has remained in this location since.

Oryana was the first Certified Organic retailer in the country, after the United States Department of Agriculture (USDA), released regulations in October of 2002. The company holds these standards that ensure no antibiotics or growth hormones are given to animals, as well as producing without the use of most conventional pesticides, fertilizers made with synthetic ingredients, sewage sludge, bioengineering, or ionizing radiation.

Rose Zivkovich of Traverse City, has been committed to organics throughout her family. She says that when she lived down state, she was able to buy organic foods pretty easily from Whole Foods, Costco, and Trader Joe’s. The only difficulty here was that it was very hard to find local options.

“I love the fact that in Traverse City I have the opportunity to get many products that are both organic and local. I think this is because of the vast range of places to purchase fresh organic produce,” says Zivkovich. 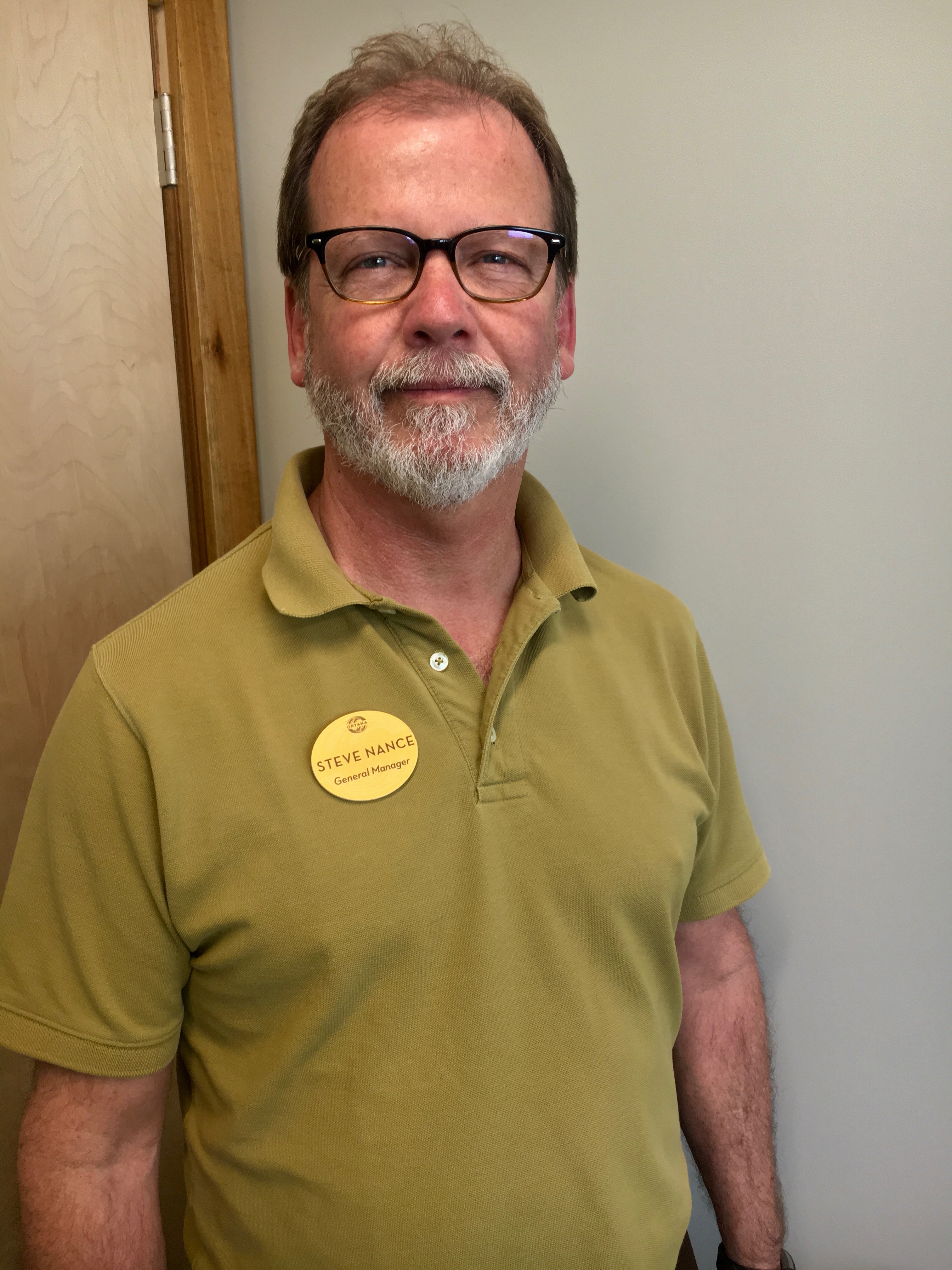 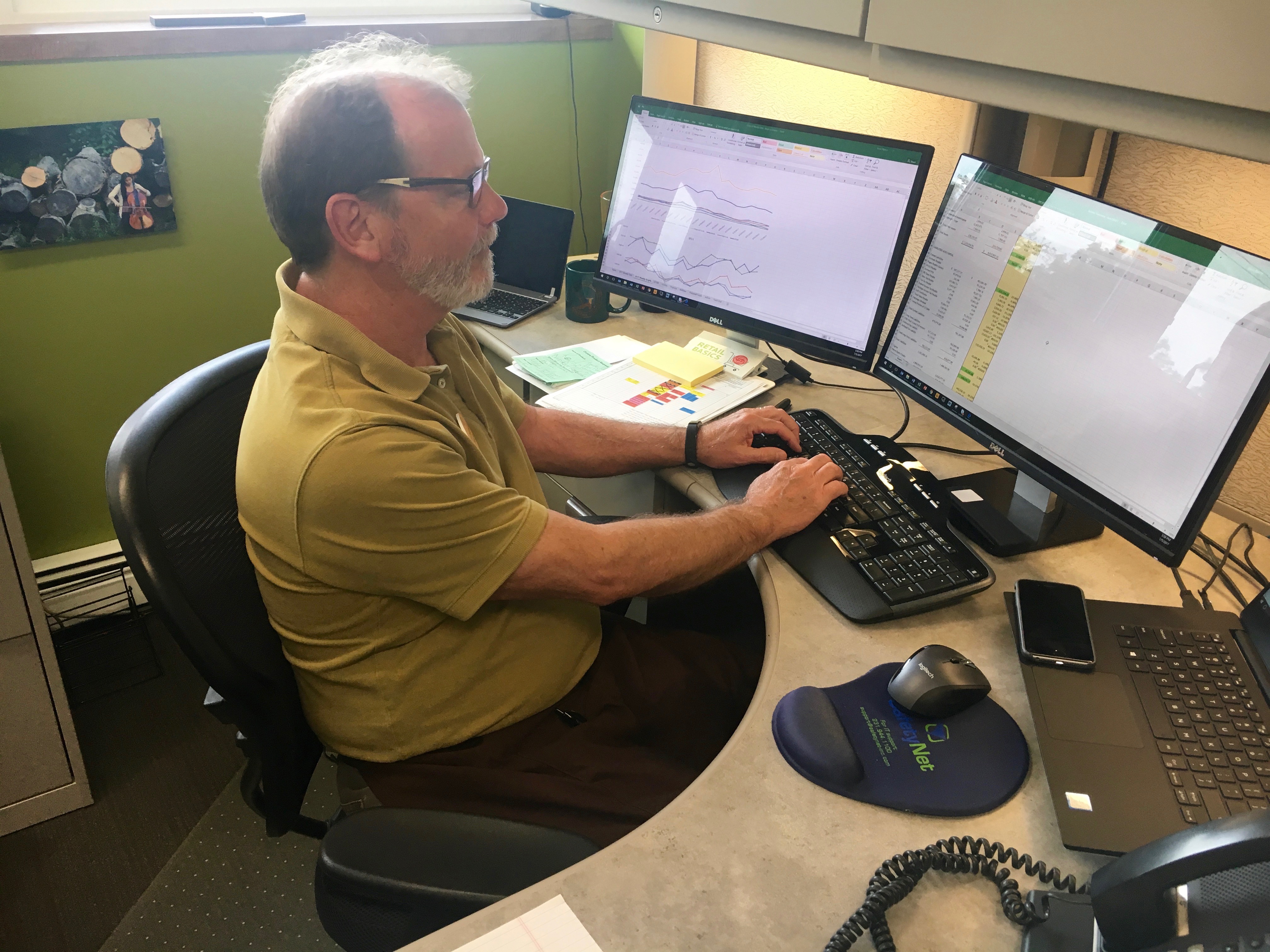 General Manager of Oryana Co-Op, Stephen Nance, works at his computer in his office located above the store. Photo by Amy Davis.

Nance says that as the general manager of Oryana he can look back on the the sustainable food movement grew in the 1970’s, 1980’s, and 1990’s, and attribute this to the significant part of the food market that it now makes up.

Oryana is different than other organic markets because it is organized as a co-op. This entails that there are 7,200 owners, so Nance’s priority is to allegedly provide for the wants and needs of all the owners.

The company emphasizes their goals for the future through the Oryana Imagined 2022 project. “This is our vision of success for the future of Oryana that we will continue to pursue for the community,” says Nance.

Statistics from 1996 and 2017 at Oryana in Traverse City, Michigan.