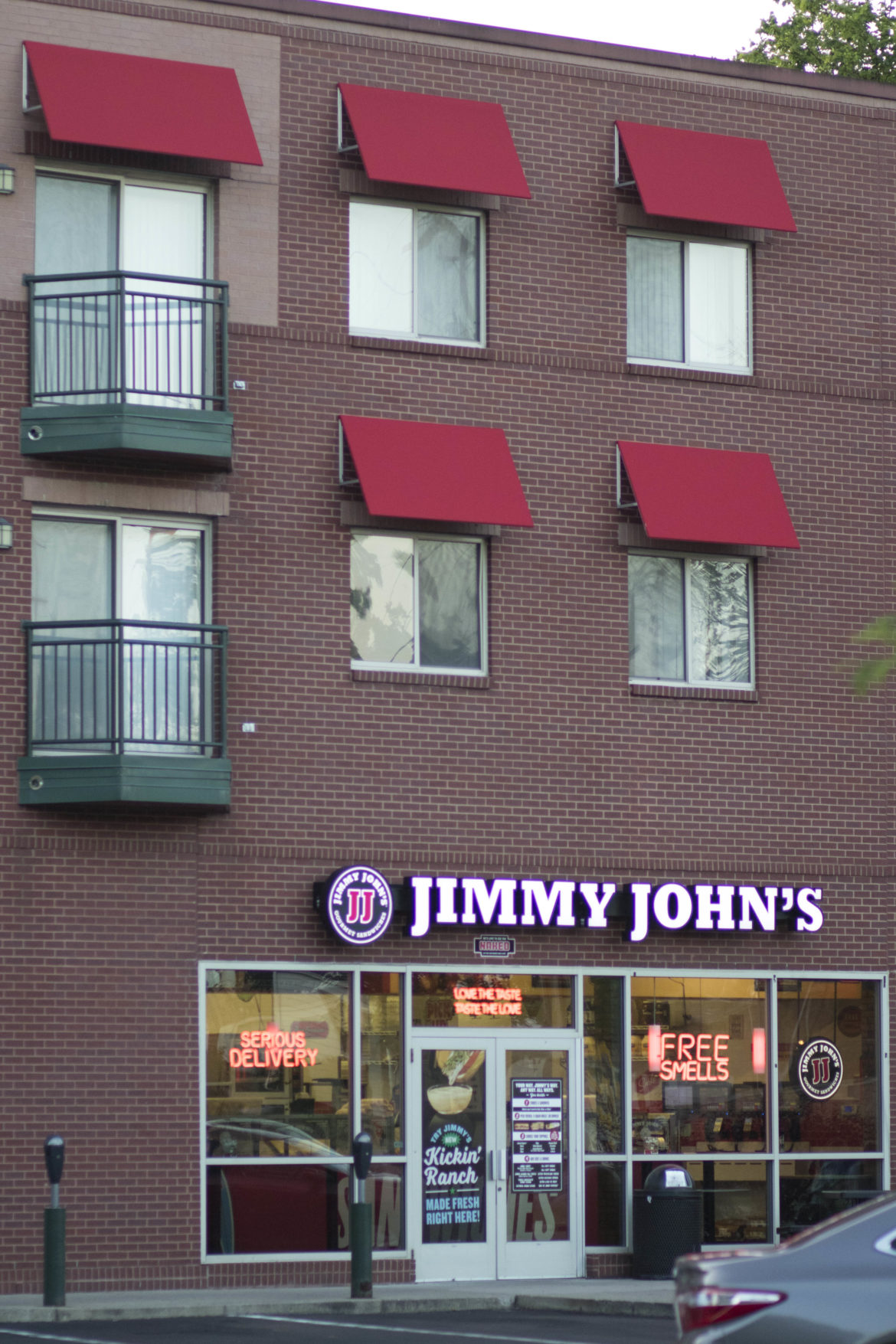 Pawloski works at a Jimmy John's in East Lansing, Mich.

“The biggest benefit of having two jobs is that I get two paychecks every two weeks,” said Taven Thuma, who coaches competitive cheer and works in the Department of University Advancement at Michigan State University. “I have multiple jobs so I can pay for both rent and school.”

Jake Pawloski, who works at Jimmy John’s as a delivery boy and Impact 89FM as the video director, also has two jobs so he can have more money.

“Jimmy John’s gives me cash, which helps me budget, because then I am less likely to take the money that I earn from Impact out of my bank account,” said Pawloski. Pawloski works at a Jimmy John’s in East Lansing, Mich.

The most common reason students have multiples jobs is so they can make more money. But because many college degrees require that you attain an internship for a semester to graduate, some students may have to accept unpaid internships.

Kelsey Berndt who works as an unpaid intern in the intensive neglect program in the family division of the Ingham County Circuit Court also has a second job as a waitress at Clementine’s Too.

“I have multiple jobs because it’s difficult to get a paid internship in my field. I have to have an internship to graduate, but I obviously also need money,” said Berndt.

Even though Berndt’s second job is unpaid, she does not feel like she spends that much money because she is so busy from working both of her jobs.

“I work every day of the week most weeks, so I have very little free time and I’m always tired,” said Berndt.

Thuma also agrees that the time commitment of having multiple jobs is the main downside.

“I work Monday through Thursday in the summer and also every other weekend during the school year. Working this much doesn’t allow a lot of time for homework or going out with friends,” said Thuma.

Pawloski spends a few days out of the week working at Jimmy John’s and then going to straight to Impact right after.

“Impact usually works around my Jimmy John’s schedule because I have set shifts for Jimmy John’s,” said Pawloski. “It can be hard to find time to do things like eat and go to the gym on the days I have to go right from Jimmy John’s to Impact.”

Berndt’s jobs are two hours apart, so she spends four hours of her week commuting between jobs. Berndt travels a little under 130 miles between St. Joseph and East Lansing, Mich to work at both of her jobs.

“Sometimes I wish I could have found a waitressing job closer to my internship, so I don’t have to spend as much time and money traveling between jobs,” said Berndt.

Multiple jobs does not seem like something that is going to go away, especially for students who have loans to pay off. Having multiple jobs means having more money, but it also adds more time consumption and stress into a student’s life.