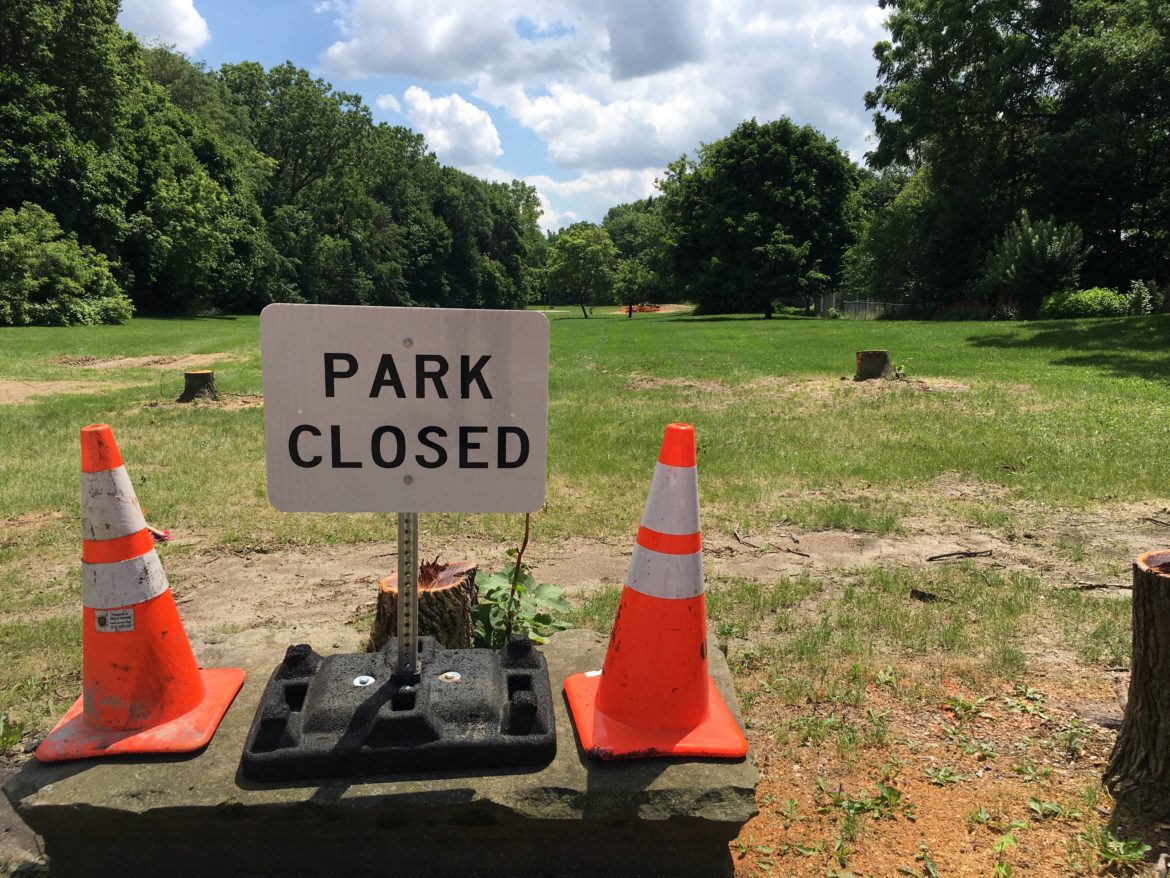 On Monday, July 10, an Ingham County judge signed an injunction to temporarily halt construction of a new entrance to Groesbeck Golf Course in Lansing. After witnessing Ormond Park’s trees and play structures being torn down, Friends of Ormond Park rushed to seek an injunction.

Lansing residents feel Groesbeck’s new entrance project should have been included in a public hearing.

Kathleen Badgley, a member of Friends of Ormond Park, has lived next to Ormond Park for 39 years. Not once was the construction of the entrance mentioned to the public, according to Badgley. Groesbeck is Lansing’s last remaining golf course, and loses about $600,000 per year. The addition of a driveway leading to the golf course is intended to increase visibility.

Lansing Mayor Virg Bernero and his staff developed a three-point plan in hopes of increasing the number of golfers, and to make Groesbeck sustainable.

“I’m trying to make it so it will be there for years to come,” said Bernero.

Bernero’s three-point plan includes turning over the management of Groesbeck Golf Course to Lansing Entertainment & Public Facilities Authority, adding amenities to the golf course, and adding a new entrance. This plan hopes to promote tourists and attract more golfers. The shortage of facilities has caused Groesbeck to miss out on golf leagues and events, such as golf outings.

The entrance will cost about $400,000, according to Bernero. Currently, Groebeck’s entrance can be found embedded within Lansing’s neighborhoods.

Sarah Reckhow, Ph.D., is in the Department of Political Science at Michigan State University. According to Reckhow, disputes like this are common in local government. However, if the project is beneficial to the city, the city isn’t “going to stop just because that neighborhood doesn’t want them to do it.”

Residents could stop the construction if they mobilize and don’t stop pressing the issue, according to Reckhow.

The next hearing is scheduled for Thursday, July 20.