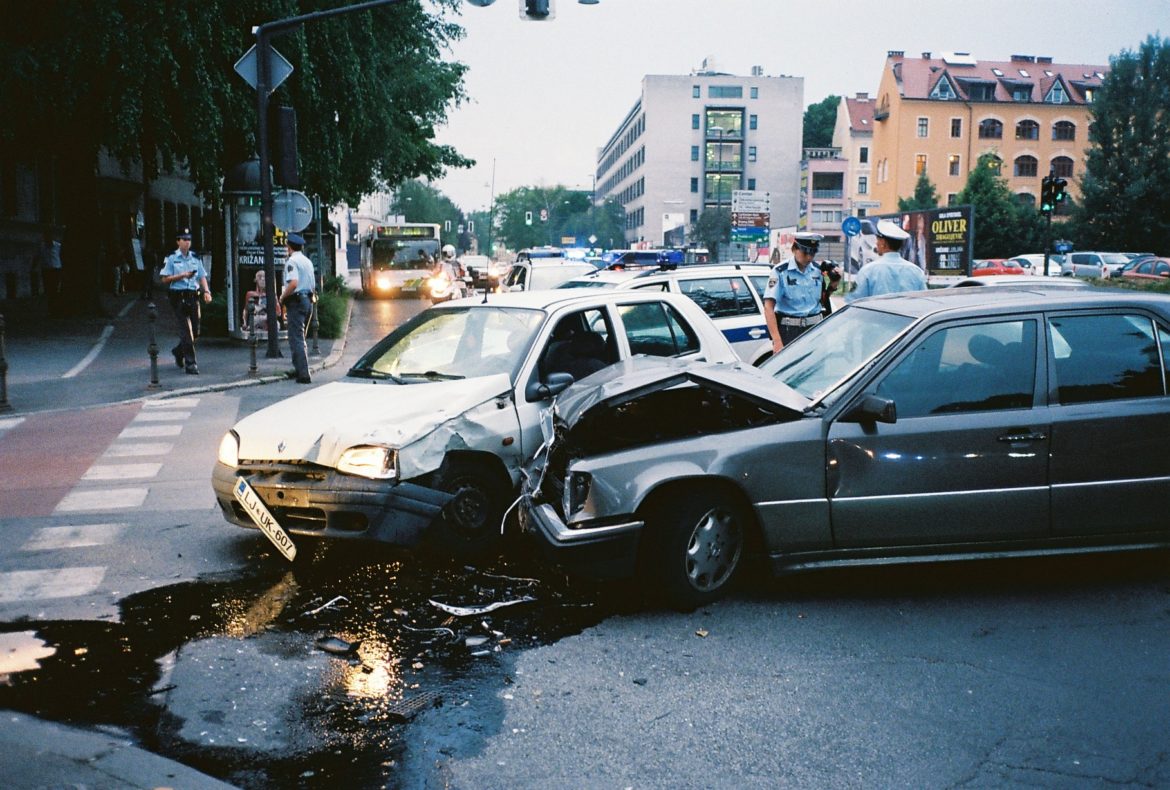 A photo taken after a 2013 car accident showing how extensive the damages to caused by a slow moving accident can be. A photo taken after a 2013 car accident showing how extensive the damages to caused by a slow moving accident can be.

In 2015 drunk driving caused nearly one-third of all driving fatalities in the United States. That is 10,265 people; over 300 more than the year before. However, according to the National Highway Traffic Safety Administration 2016 might have marked the worst year yet, with number at a 50-year high.

Mark W. Johnson is a retired New York attorney currently living in Rome, Italy. “I used to follow the criminal impaired driving cases for the firm I was at,” Johnson says. “It was difficult seeing the sheer number of people coming through my office.”

Johnson also said that “young people are the ones I saw the most.” He continues, “if you think about it, a decision you make in a matter of seconds to grab those keys and start driving can mark the next 20 years of your life.”

Data taken from the CDC

Data from the past years regarding deaths related to drink driving accidents in the United States.

The statement Johnson heard the most was that the drivers did not feel drunk enough to need a taxi. However, Johnson has had to repeat over and over that “you don’t have to feel drunk for alcohol to start affecting your reaction.” At least this is what the doctors being called on the stand generally believe.

This phrase seems often times too correct for Nadia Midea, a mother and nurse in New York City. “I see it in the ER too often,” says Midea. “People who are out for a fun night and end up having to spend days in the hospital. And this is if they are lucky.”

Midea raised her son reminding him of the consequences of drunk driving. “It might seem cruel but I sometimes have him wait in the ER while I finish my shift,” says Midea. Jason, her son, now 19 years old, has grasped the idea. An intersection in front of a densely populated area in Italy where traffic accidents are more likely to happen.

Midea concludes that “seeing the despair that it causes to families and loved ones is always heartbreaking.”

Nathan Peck is a recent graduate from UC San Diego. “I have thought many times that after just a few drinks at the bar I could drive,” says Peck. “Truth is, I am thankful for my friends who stopped me.”

Peck has recently lost a friend in a car accident involving a drunk driver. “It was a call of sanity,” says Peck. “I was reckless in thinking that driving after having had a few drinks was ok. These situations have to stop.”

Stories of people like Peck happen every day. “The best advice I ever gave to a client?” says Johnson. “Don’t put your hands on the wheel if you have had more than two drink.”