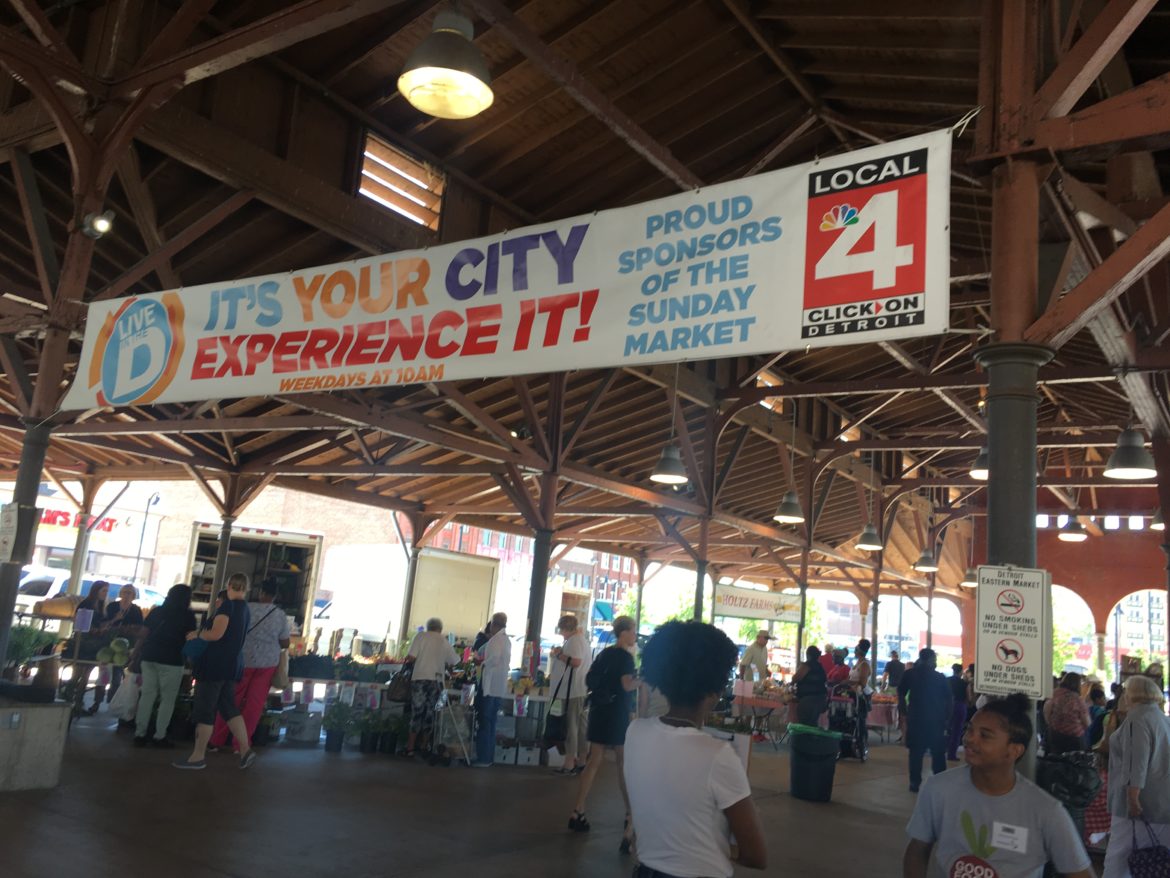 DETROIT — There is a reason as to why the Eastern Market located in Detroit has the slogan, “Healthier, Wealthier, Happier Detroit.” At 126 years it is one of the oldest markets in the United States and it has made a large impact on its community.

With markets open on Saturday all year long and on Tuesday and Sunday from now until September there are endless vendors to visit, buy from and appreciate. The market’s biggest day is on Saturday. Baker says her biggest customer base is on Saturday’s where you meet people from all over.

Reunions, field trips, vacationers, outer-city people, inner-city are just a few types of the many people who visit the Eastern Market, Baker noted.

Detroit is such a great place to have a market because it’s centrally located says Baker. “Everyone knows where it is, it’s a fun place to be with all types of people,” she adds.

“Come on down! You can find a little of everything, nothing is not here. Unique jewelry, hates, restaurants. It’s all here,” Baker says when speaking on what first timers should expect. Check out Baker’s shop called, “Bring Out The You” any Tuesday, Saturday or Sunday. First time marketer Heather Spencer says, “what a great experience this was, I’ve lived in Michigan my whole life and today happens to be the first time I ever came to the Eastern Market. It has everything including great food and people.”

Marketing Manager of Eastern Market, Sam Morykwas breaks down what to expect on the days of the week. He says on Tuesday the market focuses on health and wellness with food demonstrations, Zumba and yoga. Their Sunday markets focus on street market and goods with their Saturday’s being the big day that focuses on produce.

A lot of future plans are set for this market. “Expanding not just the market itself but the area around the market to focus on bringing food to the next few generations. Taking the history Eastern Market has and bringing it into the 21st  century,” Morkywas says. Morkywas also talks about the markets success through the people, “a place where people can eat, come together any day of the week, especially Saturday you see all sorts of walks of life, it doesn’t happen everywhere so we take a lot of pride in that.”

Many markets existed in the late 1800’s Morkywas says most markets were pushed out due to dense development.

The reasoning why Eastern Market is so successful in the city of Detroit? Morkywas says, “The fact that Detroit grew outward because everyone had vehicles verse other cities relying on public transit to get around therefore proved more dense, packed in high rises. Detroit had the the room to leave the footprint the size of Eastern Market while a lot of other cities didn’t see the value of it.”