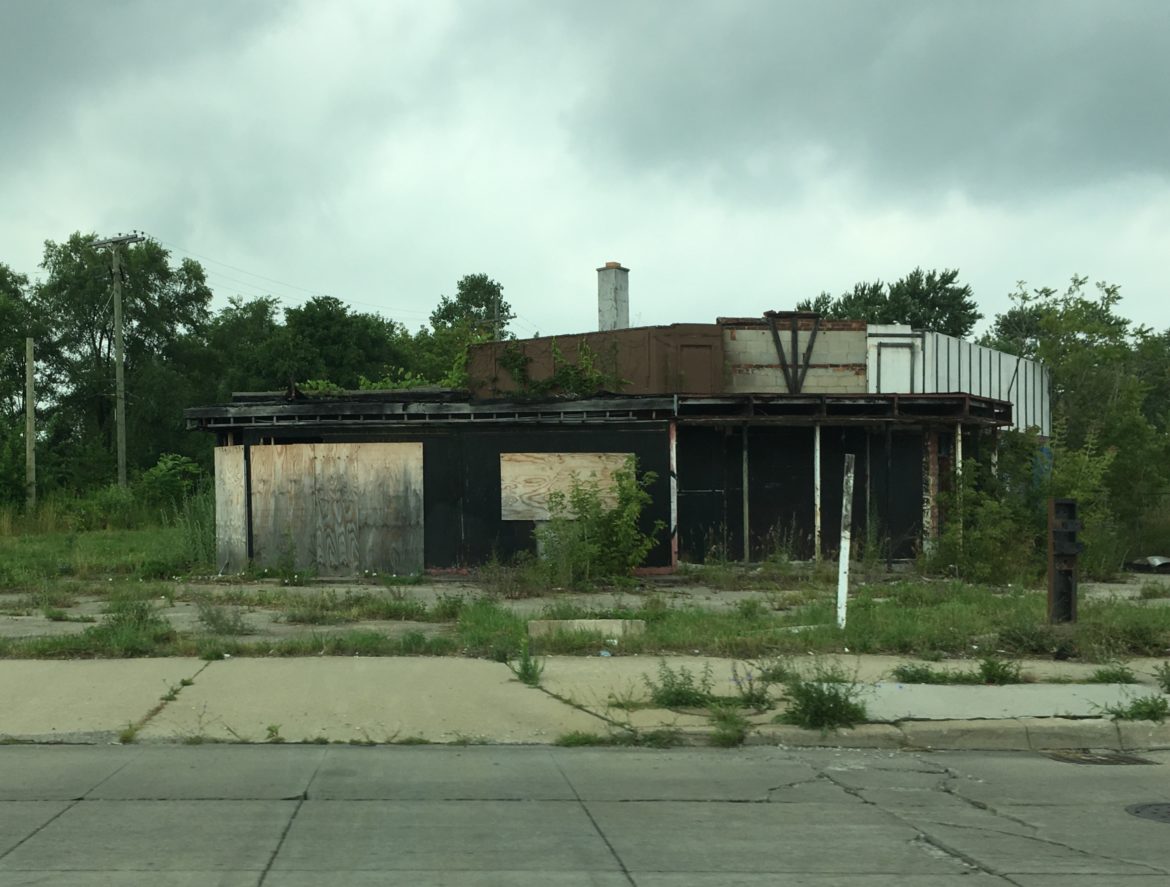 DETROIT — The city of Detroit has been going though abandonment issues since as early as the 1960’s. Around 70,000 buildings, 31,000 homes, and 90,000 vacant lots all abandoned in Detroit. Once upon a time this was a city that was made to prosper thanks to the automative industry. Now, it has become known as a city full of urban decay. Megan Harder resident of Warren, Michigan a city right on the border of Detroit talks about her experiences driving through the city. “It’s sad yet also sort of fascinating to see, there are so many vacant homes with debris and graffiti surrounding it, you can hardly believe it.”

Director for Michigan State University Center of Community and Economic Development Rex Lamore says there are multiple causes as to why there are many abandonment issues. “Sometimes it’ an economic dislocation where employment leaves the community and people can’t afford to stay there. Other causes could be racial segregation, white flight which is certainly what we see in Michigan.”

Many homes are abandoned in the area because they have been foreclosed due to mortgage defaults or unpaid taxes. Lamore blames this on the nature of economic transition. “It’s more nature of economic transition of Southeast Michigan and the loss of good paying jobs for low class families, so they’re not able to afford the mortgages and afford taxes, and it’s cheaper to walk away from your structure then to hold onto it. Although the population in the state of Michigan is not growing, making no demand for housing stocks in these communities. Lamore says there are ways to resolve these issues.

“Structures have a life cycle, we should plan for the end of use at the time of construction so at the end of use there is a third party or a resource other than the general tax payer to remove these abandoned structures,” says Lamore. Imposing an insurance policy before construction and posting of a bond are other ideas Lamore has on resolving these issues not only for Detroit but cities everywhere.

Lamore talks about how encouraging deconstruction over demolition is a smart, long-term option. “We need to be building buildings with screws, not glue.” Demolition is tearing down buildings and just filling landfills with more and more garbage. Deconstruction will allow materials to be repurposed, generating value for these properties.

Organizations like, Community Development Advocates of Detroit (CDAD) are also helping the city by being a leading voice for Detroit’s community development industry.

“We feel we have a lot of accomplishments because we’ve been able to really make our work on issues stand out and be a support system for community development in the city,” says LaToya Morgan public policy manager for CDAD.

Morgan says CDAD likes to focus on the members and what they do for the community. “We’ve done place making projects, we’ve done capacity building training, we also do a story telling project that highlights members across the city.” “Detroit city of the future” Photo by Kayla Hinton.

Don’t count out Detroit anytime soon. This city is full of fierce, hard workers only looking to make the city better. With great, new ideas from urban planning to organizations the only direction for this city is up.