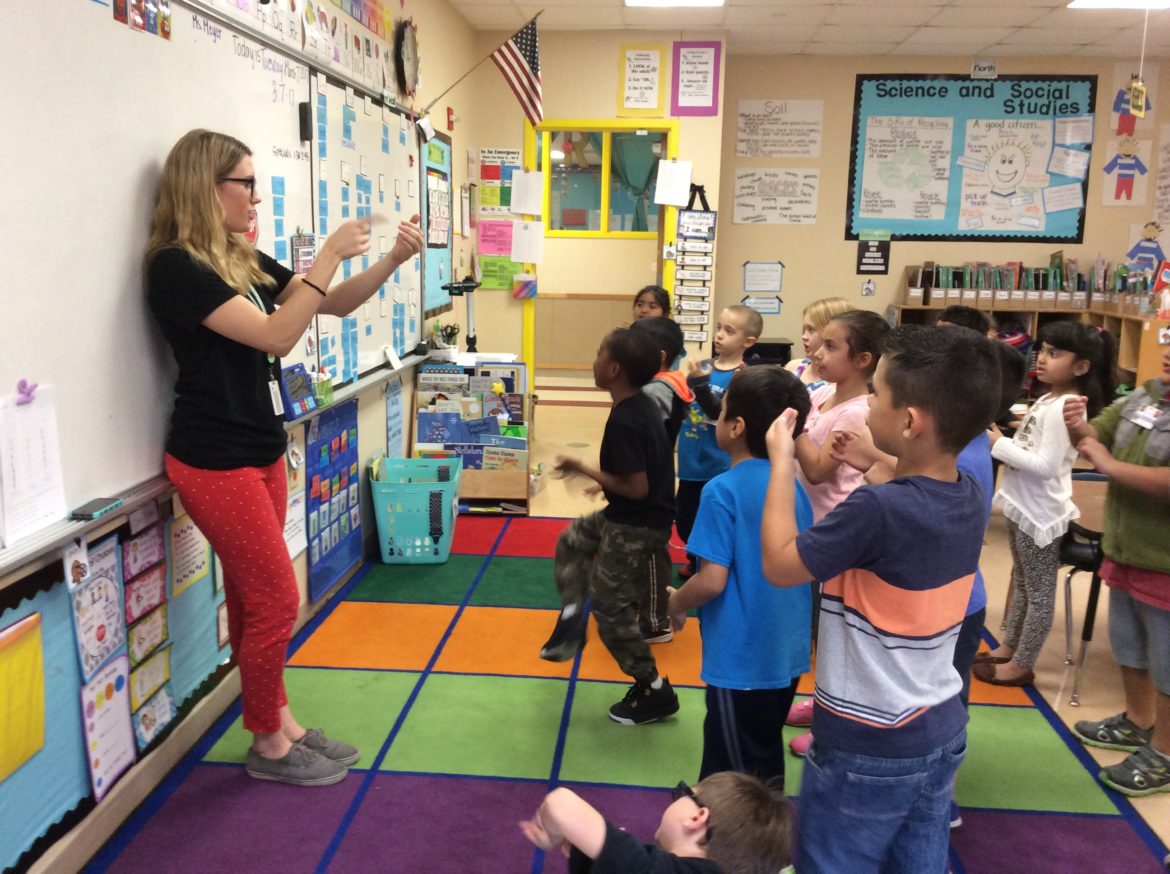 Teachers around the nation are notoriously underpaid as well as criticized for their “summers off.” Yet, the question remains, are teachers really taking their summer time as personal time or is it spent working other jobs to maintain financial stability?

Nowadays a lot of school districts are offering teachers 12-month payment programs for their salaries rather than 9 1/2 or 10-month payment programs. Yet, the small amount of the salaries are still increasingly alarming around the nation. According to an online source payscale.com, teachers including special education instructors at the K-12 levels are being paid a national median of anywhere from $43,813 to $48,255 annually.

Mark Johnson is a theater arts teacher at Stevenson High School in Michigan and has stated that his family makes sure to spread their paychecks across the entirety of the 12-month year.

“Since we are salaried, we get paid the same amount for one year no matter what. You are usually given the option of taking the pay spread out over all 12 months or condensed during the 9 1/2 that school is in.  We chose to spread things out so that we could budget each month and not have to redo our spending plan during the summer break,” Johnson said.

There are many ways for teachers to budget their income to save themselves from struggling financially over their summer vacation. Joyce Cavanagh, PhD, an associate professor and extension family economics specialist at Texas A&M University laid out five tips to help teachers budget correctly for the summer.

According to Cavanagh via an online blog interview, to figure out how much money you need beforehand by adding up your expenses in different sections. First and foremost, making sure that you add up the “absolute necessities” you can not cut out which comes out to be the total amount that you need to save to get through the months without pay, this is then divided by the total number of months in which you could save.

The other four tips that Cavanagh provides are listed as having a separate savings account where you can store money away for summer use as well as being frank with older children in the family about having to reduce expenses due to the nature of their financial situation.

Cavanagh also says that when you have exhausted all ways to reduce expenses and still do not have enough money to get by then you need to start evaluating the pros and cons of getting a short-term, part-time job.

Katherine Law, a former educator in the West Bloomfield School District in Michigan for 15 years, explained how she used her taxes so she could withhold more money for herself for when April/May hit but Law stated that would still not be enough a lot of the time.

“I used to claim zero dependents for taxes, which usually you claim yourself, so that I could have more taxes withheld, then I would get a larger tax return in April/May and would use that to live off of in the summer. Usually by late August, I had very little money left in the bank and was really waiting for that first paycheck of the year to pay my September bills,” Law said.

Courtney Parkinson teaches levels 1 through 4 French at a private school in Metro Detroit. Parkinson said that where she teaches now she is paid throughout the entire year, but still chooses to have a summer job to help her financially.

“I just took a part-time job teaching English as a second language online to children in China. I actually started this job during this past school year and have opened up my schedule for more hours over the summer. I am able to pick my hours, and the curriculum is provided so it really isn’t that much more of a workload,” she said. Summer jobs are very common for teachers all around the nation. Kaytlin Meyer is a first-grade teacher at Fuentes Elementary in Kyle, Texas. Meyer explained how she makes her summer income through a job as an independent contractor.

“I do have a summer job. I do small business accounting, quickbooks and data entry. The world load is very easy because I am an independent contractor through my mother’s company so I can choose the hours that I work each week,” Meyer said.

Many teachers are also using their summer “vacation” time to take classes for themselves to get their certifications renewed or to advance their careers with master degrees or post-graduate programs. Taking classes makes it difficult to get a second job with more income, while you are spending money to get a higher education. Johnson said that he has spent most summers since becoming an educator trying to get a higher education.

“I have spent a lot of summers in graduate and post graduate classes, so it would be tough. I have had offers to work at summer camps and have looked in to creating a summer camp in my own district, but right now having the summers to recharge and to be home with my kids while my wife works out ways the need for extra money,” Johnson said.

Bobby Dishell is an English and social studies teacher in Baltimore, Maryland. Dishell explained how he both saved throughout the school year and worked another job before and during his first summer as a public school teacher.

“My first year I made sure to save. I knew from day one that I was on a ten month pay and put away as much money as I could. After a couple of months of being adjusted, I projected out the costs that I would have over the summer and saved for them. In order to support the lifestyle I like to lead, I also began teaching yoga. Now, similar to teaching students, teaching yoga does not make you a whole lot of money. However, it allows me to be paid to do something I love and get discounts instead of paying hundreds a month for it,” Dishell said.

Regardless of where you teach, public school educators all need to make sure that they are providing themselves with a plan of action going in to the summer, whether that be saving up from school year paychecks, balancing another short-term job or finding another way of making ends meet and paying your summer bills.

Law provided a final statement that she believes all educators need to keep in mind.

“In summary, teachers need to realize they will not receive a paycheck from June 15 through September 1, give or take, and [they] must plan accordingly. Having said that, if you are making under $50,000 and trying to raise a family, you probably cannot save anything during the year to help during the summer,” Law said.