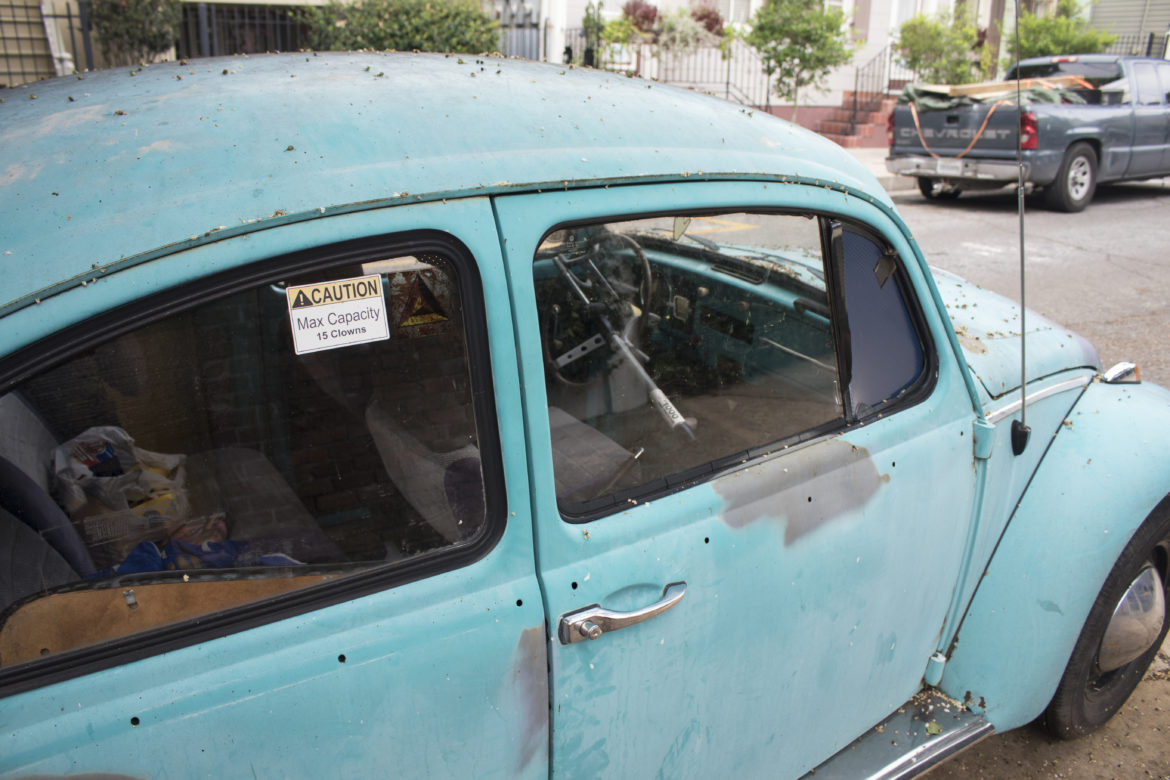 Many people use cars to commute to work.

MacKenzie Carlock waits at a CTA (Chicago Transit Authority) station for the train to pick her up for work at Lush Cosmetics. Unfortunately, there is an issue with the train, which is common because she lives so close to Wrigley Field. She checks her watch to make sure she will still be on time for work.

“I leave for work about 50 minutes before my shift starts to ensure that I am not late,” said Carlock.

It typically takes Carlock about 30 minutes to get to Lush Cosmetics, which is downtown Chicago on Michigan Avenue. There are seven stops between her home in Uptown Chicago to the stop closest to Lush Cosmetics. Even though it typically takes Carlock about a half an hour to get to work, she still considers her commute to be short. Carlock rides the red line CTA to get to work.

“I know many people who travel much farther distances in the city to get to their job. When you live in the city a 30 minute commute is nothing,” said Carlock.

Ashley Kalin, who works at Biggby Coffee in Grand Rapids, Mich. has about a 20- to 25-minute commute, but unlike Carlock, Kalin feels like she has a long commute.

“I walk about three quarters of a mile and ride the bus for 20 minutes. During the winter, I have to be more cautious about leaving earlier because trudging through the snow elongates the trip by a few minutes,” said Kalin. “[Commuting] can be a drag some days, especially during the winter and rainstorms, because half of the commute is walking. During the spring and fall, it can be rather enjoyable.”

Commuting to work, long and short, is something every employed person has to deal with, and it is an important aspect to factor in when considering taking a job.

“Commuting has been found to be one of life’s least enjoyable activities … Longer commutes are systematically associated with lower rates of well-being,” according to Marylnn Wei, MD in her article, “Commuting: The Stress That Doesn’t Pay.”

According to Wei, the average American usually spends 25.4 minutes commuting one way to work.

“When job searching I definitely knew I did not want a job with over an hour travel time. Luckily, I live off the CTA red line, so everything seems pretty close. The train and bus are pretty inexpensive at $100 per month for an unlimited pass, which is eons cheaper than having a car with a payment, car insurance, and a city pass to park it on the streets,” said Carlock.

While there are many perks to taking public transportation to work, there are also a few downsides. “Waiting on the bus is the biggest hassle. If I miss it by 30 seconds, that tacks on, sometimes, 25 or more minutes of waiting for the next bus,” said Kalin.

According to Wei, commuting in the city can be cause major stress because of the unpredictability and lack of control.

“The biggest challenge is the occasional construction that causes the train to move at a much slower speed. This can make my commute five to 10 minutes longer. Another challenge is the amount of delays caused by people jumping on the tracks. There have been multiple times that my train has had to stall for ungodly lengths of time or reroute due to someone jumping in front of the train or simply being on the tracks,” said Carlock.

Taking a train is a very common commuting method for those in big cities, but people who do not live in cities usually get to work by car. While those people don’t have to deal with missing their ride or people jumping on the track, there are other problems that come along with driving yourself to work.

Elizabeth Beemer, who is a homecare nurse at Lakeland Hospital in Benton Harbor, Mich., says her biggest concern when commuting is bad weather and the damage it can do to her car.

Because Beemer is a homecare nurse, she spends most of her work day driving to visit all of her patients.

Beemer typically drives 30 to 40 minutes in between her patients’ houses. Many people use cars to commute to work.

Sydney Ziemke, who works at the Schaller Gallery in downtown St. Joseph, Mich. says that the biggest difficulty that comes along with her 25 minute commute is timing everything.

“I have to factor in the time that it takes just to get to work, so I have to wake up earlier and leave earlier than most of my other coworkers would have to,” said Ziemke.

Ziemke drives into town from the countryside to get into work, and she did not consider her commute as a very important aspect when taking her job.

“At the time that I started working [at the Gallery] I already had to commute that far to get to most places, so [the commute] wasn’t a big deal,” said Ziemke.

There are many ways to commute to work: by car, by train, by bus, or by walking. Some people find their commute enjoyable while others despise it, but it is something that always comes along with employment.

“Although the walking [to work] can be tiresome and take up a large chunk of my day, it feels nice to get out and feel like I am experiencing Grand Rapids a little more than I would be if I drove to work every day,” said Kalin.