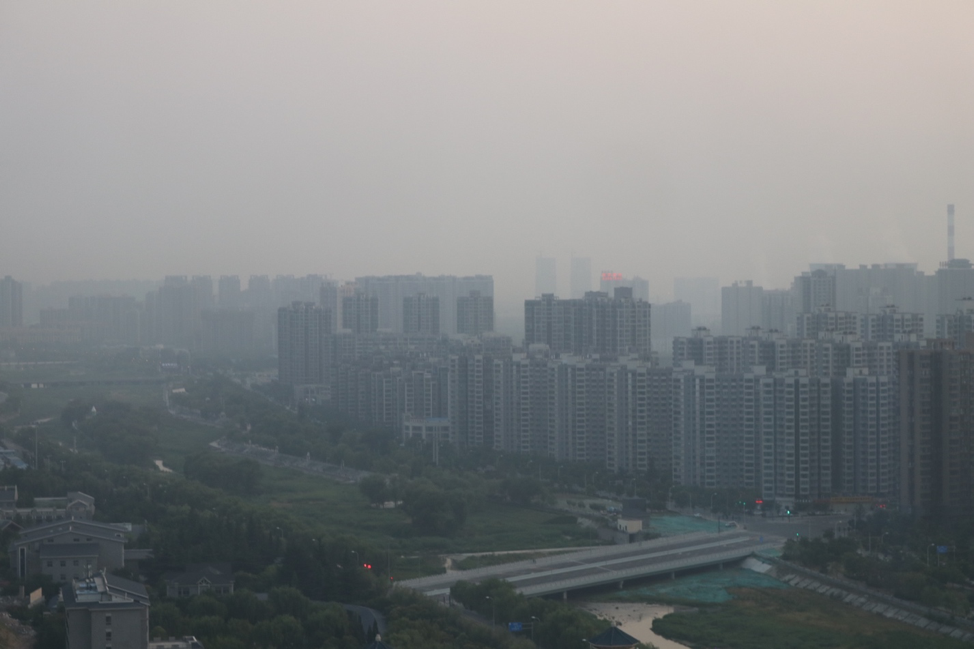 Hengdalvzhou neighborhood is pictured on July 4 in Xi’an, China.

XI’AN, China — The smog and haze issue in China has been a problem for many years, and recently it has become a severe problem. It has the potential to ruin a healthy life for millions of civilians.

The concept of environmental pollution is still very unclear to a mass majority of the population. Out of many cities in China suffering from the issue and its consequences, Xi’an residents are tired of living their life in a town full of smog and is ready to take action. Hengdalvzhou neighborhood is pictured on July 4 in Xi’an, China.

“It’s just an average day, I didn’t even realize that the haze is still there,” said Xi’an resident Yu Liu. “I mean, it was way worse in the winter, you can barely see the buildings in front of you some time, and it’s quite impossible for me not to wear a mask to go outside.”

In 2016, Xi’an became the Chinese city with the worst and most serious haze problem. According to the data from the Airvisual app, the air quality index (AQI) number reached a high of 687 on May 5, 2017. The Airvisual is a smart air quality monitor that shows immediate and accurate air quality data; the AQI is the universal index that tells people how clean or polluted the air is.

According to the United States Environmental Protection Agency (EPA), when the AQI number reach 101, it’s already unhealthy for sensitive groups, more related numbers show in the chart below. “The emission of anthropogenic pollutants is much larger,” said Tao Jiang, the Municipal Environmental Protection Bureau Director of Air Pollution Control. “There are few winds, less rain, and less light during the spring, fall, and winter. These three factors lead to the difficulty of spreading pollutants and accumulate in the atmosphere. In general, the character factor and meteorological factors result in the Xi’an haze.”

The causes of haze

The website earth.nullschool.net directly visualized various environmental conditions and atmospheric climate on a worldwide scale. They do this by putting what you want to observe, the latitude and longitude of a particular area, which is pictured in Figures below. The vivid visualized data would show on board.

Compare to the U.S., more specifically, to Michigan, the air condition and pollution is much better than Xi’an, like shown in the comparison diagram below. The SO2sm distribution in Michigan and Xi’an.

“We all know it’s bad, but not a lot of people can realize how bad, and that is has the potential to ruin our life,” said Fanshi Xi, a Xi’an resident who has been volunteering to promote the awareness of environmental damage in Xi’an. He has been working toward informing the population through Wechat and Weibo media platform since 2015.

“The government won’t stop building new construction projects. Even though they have the knowledge that it would cause serious, long-lasting environmental issues. There are always new buildings, new neighborhoods, and new subways, but there has been little improvement on how to reduce the haze. It looks better only because it’s the summer, they all know the haze will get worse again in the winter, but nobody seems to care.” Xi said angrily. Architectural works and numerous buildings are pictured on June 4 in Xi’an, China.

“More and more tall and dense buildings in Xi’an are being built,” said Nan Jiang, the director of the atmosphere room at Xi’an Municipal Environmental Protection Bureau Environmental Monitoring Station. “They’ve blocked the flow of air, increased the city heat island effect, the city government has been informed, and are aware of this problem. In 2014, the city already passed two documents to form the corridor of city surroundings, and we are working on it.” The PM2.5 distribution in Michigan and Xi’an.

The officials release the announcement that the relevant department is trying their best to improve the air condition by paying close attention to coal pollution control, for example, the Gaoxin district in Xi’an has demolished 18 coal-fired boilers and fund ￥3 million, which equates to $444,444.

“The city is making efforts, but it cost more than money, it is going to take a massive amount of time and the support from all the residents,” Jiang said. “It will be better, someday.”