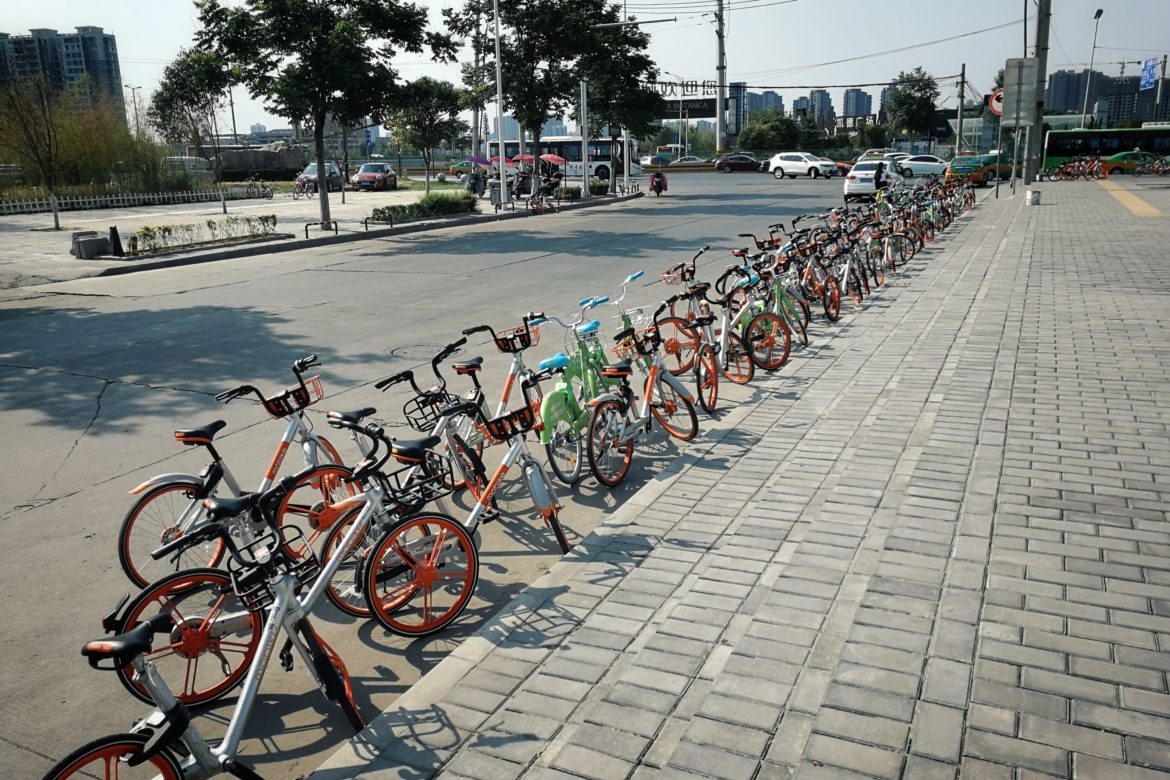 A group of Sharing-bikes of Mobike company is pictured on July 14 in Chanhe Neighborhood, Xi’an, China.

XI’AN, China — Around 30 years ago, China was known as “The Bicycle Kingdom,” and in these years, fuel-powered vehicles gradually took over bicycle’s place. Today, there is a revival of bikes across China, with a large number of people choosing to bike instead of driving to their destinations.

The bike-sharing schemes have become a big part of the reason for this new trend, startups like Ofo, Mobike is leading this new market. According to 2017 Chinese Major Cities’ Riding Report, 38 sharing-bike companies invested a total of more than 10 million bicycles in the market. User numbers reached 100 million in the major domestic cities, these same companies are the ones who are trying to bring the elektroroller scooters to the market.

These sharing-bikes can be unlocked by simply scanning QR code on the bike. It brought the public much comfort and convenience. It also has the GPS so it can be left anywhere in public for the next user to easily find a bike near him/her by a smart phone. “Comparing to the traditional bus, bike’s biggest advantage, and feature lies in its flexibility,” said Kui Su, the Director of the Air Traffic Management Committee of Guangzhou. “When there is a mass amount of users in the APP to travel with the sharing-bike, the system will automatically calculate a shuttle passengers route, to achieve the customized collective travel service.” “For me, the fourth industrial revolution is to use the mobile Internet technology to connect a lot of things,” said Hu. “So that the demand and the supply get to match and make our lives more efficient. Liberating people from some physical or mechanized work is significant. It would allow everyone to work creatively, which can significantly promote social progress.”

The distribution of Mobike sharing-bikes in Shenzhen.

With a large number of sharing-bike coming into people’s lives, the problems also followed. A lot of bikes were stolen or damaged by individuals. Some sharing-bike companies suffered because of the excessive amount of lost bicycles. QR code on one of the sharing-bikes is pictured on July 14 in Chanhe Neighborhood, Xi’an, China.

Operators are trying different ways to address these problems. For example, Mobike is setting 100 credit scores for users and the rental fee will increase from ￥1 to ￥100 if a user’s score is down lower than 80. (According to the current exchange rate, ￥1 equals to $0.148)

“Sharing bicycles is a heavy capital industry,” said Hu. “The price of the lock for each bike is hundreds yuan, this part of input has already reached tens of millions of yuan, plus daily operations of the platform, network building Exploitation and maintenance staff and other charges, these are huge costs already, don’t even mention the cost of damaged or stolen bicycles.”

Some citizens showed their disappointment with people who stole or damaged the sharing-bikes and think their behavior would mess the whole market. “I don’t understand why people are taking these bikes,” said Xi’an resident Jing Liu. “It’s super cheap to rent, and all the sharing-bikes have their unique look and logo. Those people who steal or damage the sharing-bikes really need some self-improvement, they are disrupting the whole market. I’m sorry for the staff of Sharing-bike companies.”

The founder of Mobike Company has the wishes that people all over the world would use Sharing-bikes.

“The worldwide promotion is not merely the ‘throwing the bike on the road’ process,” said Hu. “We already have the market in the U.S., Singapore, British and some other countries, but it will need more study of local user habits and the support of local government, which would take some time.”