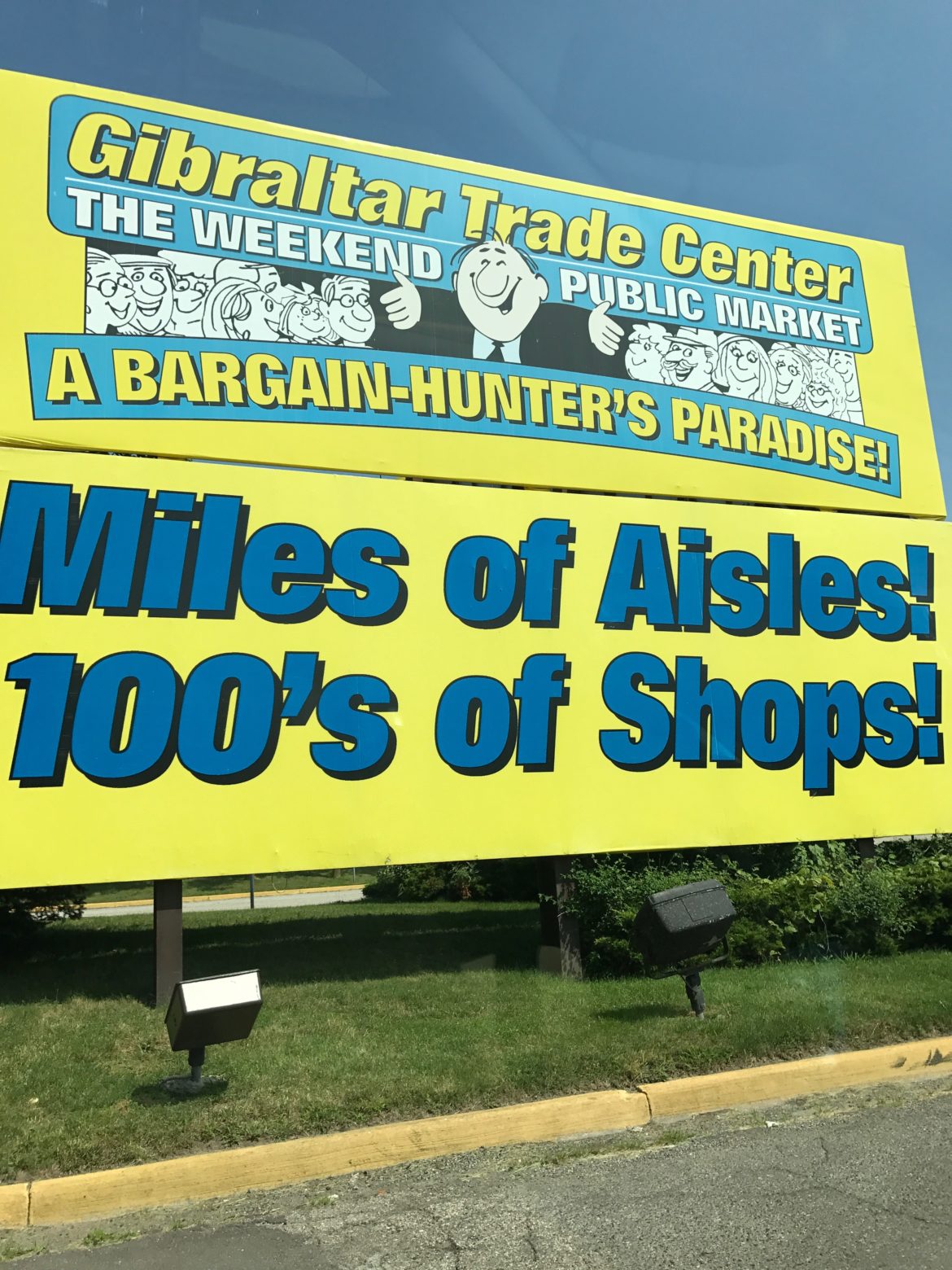 MOUNT CLEMENS, Mich. — The Gibraltar Trade Center, a popular trading post on the weekends for so many people, has announced that it will be closing its Mount Clemens location at the end of next month. According to their website they are going “in a new direction.”

The property that the Mount Clemens location sits on has been sold, but will continue to have the scheduled shows and the “weekend public market” until its closing on Aug. 27th. The iconic sign at the entrance of Gibraltar Trade Center

This comes as a surprise after 37 years of business. The trade center is used mostly on the weekends for a public trading post where people can come buy a plethora of items from many different vendors.

The bread and butter of the trade center, however, has always been the variety of shows that have been held there. They hold gun and knife shows often as well as a motorcycle show and even a CPL (Concealed Pistol License) training class. The institution has been around for so many years and will continue to affect many people.

“I used to go there a lot with my kids, they would always like seeing how busy and how much stuff was there,” said Rita Pazarena, who also went on to say she hasn’t been back in a few years but remembers her time there fondly.
Like Pazarena, for a lot of people Gibraltar Trade Center was a place for them to spend time with family and shop.

“I think what I’ll miss the most about it is all of the shows and all the different merchandise that they’ve always had. If you needed something, odds are you could find it there,” said Brendan McKenna. He said that he used to go there with his dad for the gun shows.

“It was always really cool for me to see all the different guns and knives that were featured at the shows,” said McKenna. The place will be missed by many from the metro Detroit area, but mot by everyone.

“We always used to go when I was younger and I never really liked it, found it boring,” said Shane McKenna, older brother of Brendan.

Whether people are going to miss it or are glad to see it go, Gibraltar Trade Center was a big part of some people’s lives and after 37 years in operation it will be weird that it’s closing in a month.