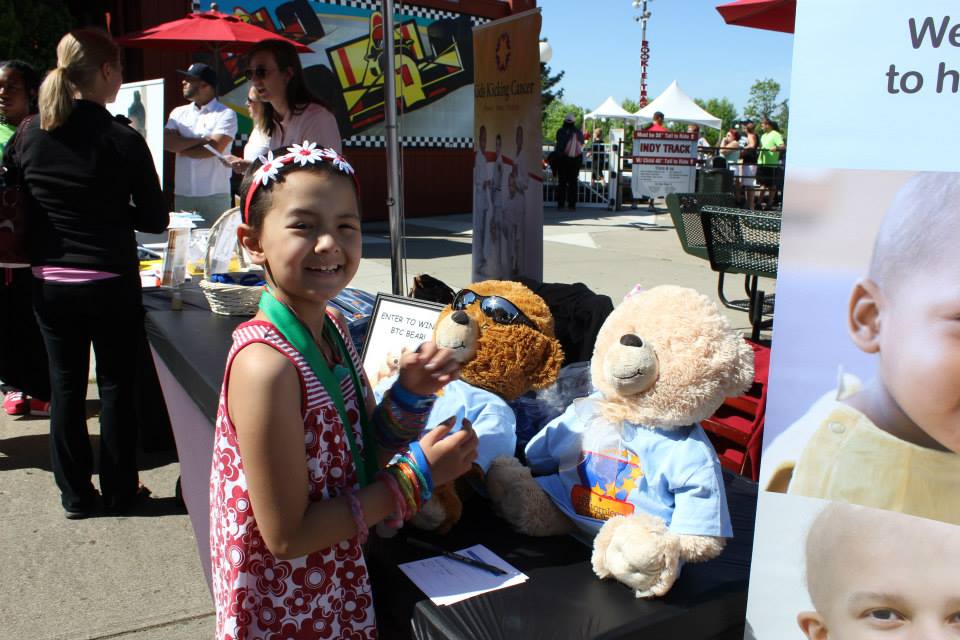 A young girl and her new gift after receiving it from the Bottomless Toy Chest.

DETROIT — In 2016 charitable donations accounted for roughly 2 percent of the entire output of the United States’ economy. This means that hundreds of billions of dollars were received by charities to ensure that their missions would continue; from national campaigns, all the way to local organizations.

However, in the midst of the attention given to national campaigns such as the ALS Ice Bucket challenge and the Taco Beer Challenge to support women’s right to abortion, the work done by local charities has often gone unnoticed. So what draws people to become involved in local charities if not recognition? Michelle Murphy is the Director of Development for Variety the Children’s Charity in Detroit, Mich. She has filled this position for the past two years and has been involved in the organization for 10. Murphy says that the organization “simply help the kids.”

More specifically the organizations “provides vital medical and therapeutic services, essential support and recreational and education opportunities to children who have special needs.”

Variety covers the southeast of Michigan and is present to support children in need and their families.

Murphy was originally drawn to this organization because of personal reasons. “I found Variety because I had a child who was born missing a hand and part of her forearm,” she said. “I started out as a parent of a child in need and now I am lucky enough to call it a labor of love.”

Murphy is dedicated full time to Variety and considers helping others “just the right thing to do.” However, Variety is lucky enough to have the backing of an international organization. The Detroit chapter is one of the many connected through the same name.

Murphy believes that the reason why local charities are not often heard of is because “they do not have the reach as far as marketing dollars to let people know what they are doing because frankly they are busy getting the toys in the hands of the kids.”

One of these people who are busy getting toys in the hands of kids is Mickey Guisewite. She is the founder and executive director of the Bottomless Toy Chest. This organization’s mission is that of giving toys to those kids and young adults who are not able to play with other kids because of cancer treatments they are undergoing.

Not unlike Murphy, Guisewite says that “it got started through personal experience.” She continues, “my son went through 7 really tough months of intense cancer treatment in 2008 because he had been diagnosed with stage 4 of a really rare type of leukemia.”

Through this devastating experience, Guisewite says “I found that the more I kept him engaged the more he could think of the things he could do, rather than those he cannot.”

Guisewite did not think of starting this charity until a very specific moment. She says “I found myself seeing room after room of kids going through cancer treatment on their own and it hurt.” “It really did hurt to imagine what it would be like having to be at work knowing your child is critically hill,” she said.

Guisewite knows that “many moms and dads have to work to keep insurance benefits while I was lucky enough to be able to quit my job as soon as my son got sick.”

“I thought that if there was a way once we get to the other end of this I could start something to empower young cancer patients the way I empowered my son that I would do that,” Guisewite says. The Bottomless Toy Chest is now serving all the 8 major cancer treatment hospitals in Michigan and what started out as a basement project turned into a major operation. A young girl receiving a bike from one of the Bottomless Toy Chest events.

So if these organizations are truly helping the community, how come their work often times goes unnoticed. Stephanie Fournier is a Detroit Westside resident and has volunteered for more than 20 years in charitable organizations.

She believes that “local charities are very focused on their goals.” For this reason she says “it is hard for them to gain visibility if they are so focused on the job in hands.”

Ultimately it seems like it is up to the individual communities to recognize their local charities.