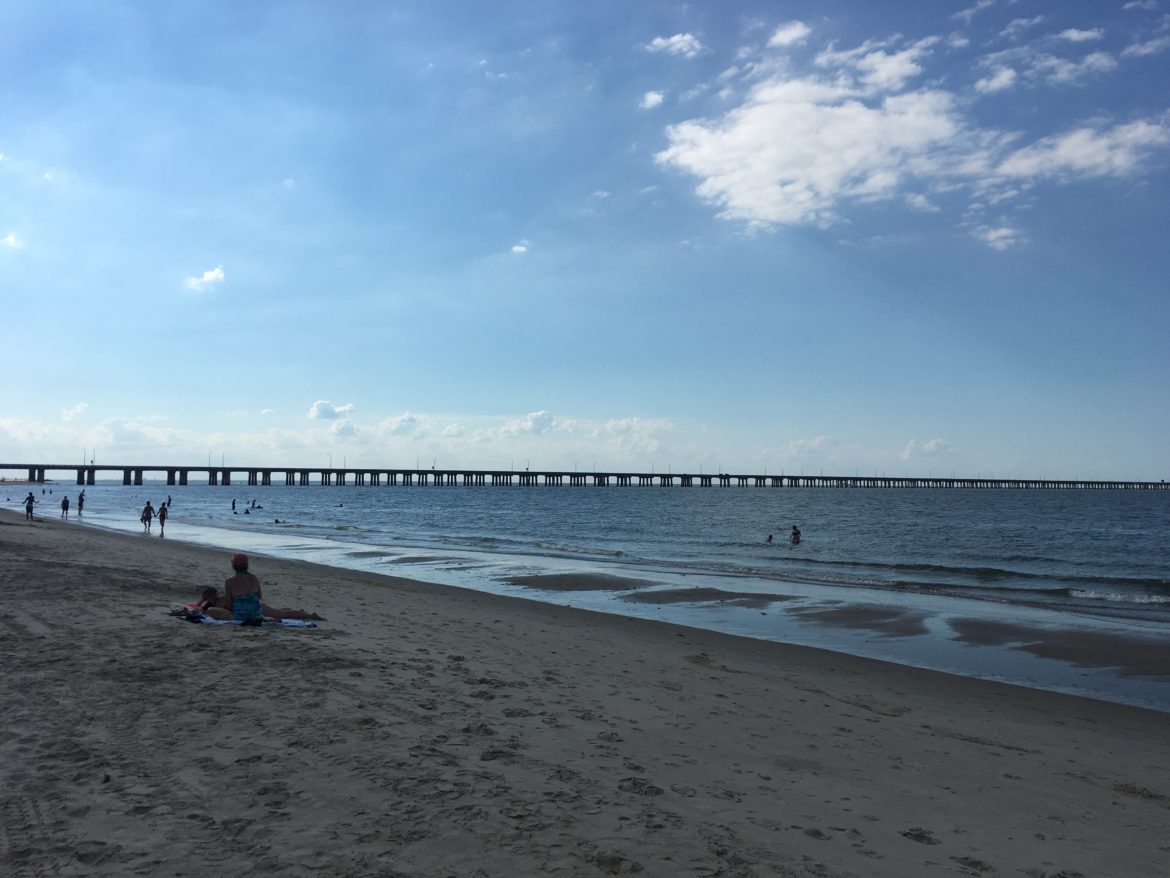 VIRGINIA BEACH, Va. — The Chesapeake Bay located in the states of Maryland and Virginia is home to 3,600 species of animal and plant life. The largest estuary in the United States has a very complex ecosystem and unfortunately a variety of environmental issues.

Issues ranging from agriculture to climate change to bay grasses dying off. Professor of Ocean, Earth and Atmospheric Sciences at Old Dominion University Richard Zimmerman says, “The Bay has lost probably 90 percent of its historical distribution of submerged aquatic vegetation since James Town.” He says this has occurred mostly in the 20th century resulting from human population, human activity, and corrosion.

There is a lot to put to blame for the various issues the Bay faces but according to Zimmerman he says, “The biggest problem and the one we are most worried about is sea level rise as a result of climate change.” A .04 percent increase from 2015. Prediction of population will pass 20 million by 2030 a 7.1 percent increase. Chart by Kayla Hinton Information by Chesapeake Bay Program.

Zimmerman notes three things going on in the Chesapeake region that are responsible for our very high reach of sea level rise. One of them is climate change, second is ground water pumping which causes the land to sink or subside and third isostatic rebound from the last glacial period.

What is standing in peoples ways of believing in climate change is, “short term self interest, i.e. money and jobs, the problem comes from people perceiving that their jobs, lively hood and income is threatened,” Zimmerman states.

“More of the same” Zimmerman believes is what we can expect in the future if people do not hop on board with climate change. Climate will get warmer, sea level rise, storm intensities are going to increase, and climate variabilities are going to change.

Zimmerman brings up three things that can be done to prevent future environmental issues from occurring. One, population two, alternative to fossil fuels, and three realize we’re on the same boat, we need to cooperate in order to solve these problems.

“If we continue on the way things are going and don’t make changes we are going to get to a point of inevitable climate change and nobody is going to be happy with it, we aren’t going to be able to stop,” Zimmerman says. Virginia Beach resident and avid beach goer at Chick’s Beach, also known as, Chesapeake Beach, Alexa Schneider comments on the issue, “Chick’s Beach to the locals of Virginia Beach is a summer haven. It is where you go to relax without the extensive rules of the oceanfront due to it being a tourist location. In the past six years I have lived here in Hampton Roads I have noticed that there is coastal flooding and a great deal of shoreline erosion. The tide has risen to a farther distance than I’ve ever seen it in the past couple of years.”

Unfortunately, there are many other problems besides climate change. According to team members of the Chesapeake Bay Program two other important issues are nutrient and sediment pollution.

Despite these ongoing environmental issues, progress is being made and action is being taken. The Chesapeake Bay Program Communications Director Rachel Felver and Team says, “In 2010, the U.S. Environmental Protection Agency set a total maximum daily load (TMDL) or “pollution diet” for the Bay and its streams, creeks and rivers. This sets limits on nitrogen, phosphorous and sediment pollution necessary to meet water quality standards by 2025.”

The Chesapeake Bay Program in terms of nutrients and sediment specifically also has a grant program that funds new and innovative ways to reduce pollution. “Since 2007 the program has awarded more than $69 million to support around 149 projects ranging from oyster reef restoration and rain gardens to tree plantings and agriculture best management practices,” says Felver and the program’s team.

Not only are there plans in progress but you, the people can become more educated on this topic and get involved in Bay restoration. Felver and the program recommend joining a local environmental organization, participating in stream cleanup or tree planting and keeping up to date with the current news on these issues.

“There is still plenty of more work to do,” Felver says. Don’t let these issues scare you away, humans can save the Chesapeake Bay and the planet.