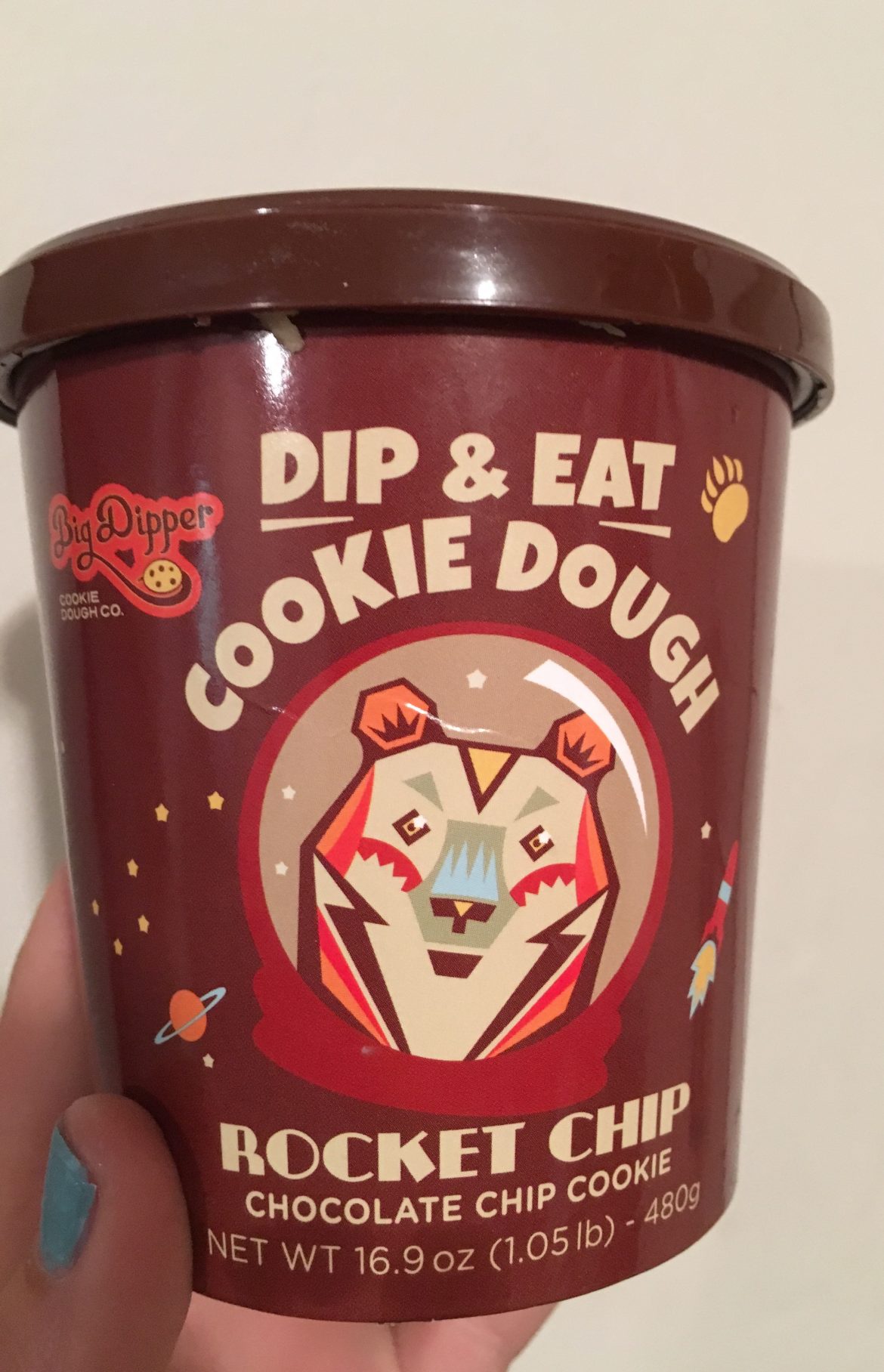 TRAVERSE CITY, Mich. — Traverse City in northwestern Michigan is home to many entrepreneurs. The town has a supportive food scene, excellent tourism, a strong Chamber of Commerce, and many citizens with amazing stories to tell. So, while the process of opening a business is anything but easy, Traverse City does have something special to offer entrepreneurs.
Austin Groesser, co-founder of the Big Dipper Dough Company, explains what the city has to offer him: “The local food scene is very supportive. There’s not many chain restaurants, especially downtown. The city loves local businesses, so we’re very personal. My cell number is on ever single package.”

Big Dipper Dough Company’s egg-free cookie dough was first sold in December 2015 and is now available in approximately 600 stores throughout 15 states. The 12 staff members aim for 3-5 customers each day. “Their cookie dough is so good. It tastes just like the regular cookie dough that we all love to eat,” says Connoli, who first heard of the product through social media.

The company is active on multiple social media platforms, including Snapchat, Instagram, Facebook, Twitter, and Pinterest. Although some customers come from social media, the company makes most of their profit from retails like Kroger, Meijer, Fresh Thyme, and Lucky’s Market, which can be quite a hassle to get the product in to.
“Smaller stores you can walk in, pitch your pitch, and get in. At bigger corporations, like Meijer, it’s a long process. We had to meet with them and then get invited to pitch at another office,” says Groesser.

“The Big Dipper Dough Co. sells much more during the summer, only because there are more people in stores,” he adds.

Since Traverse City’s revenue is largely based on summer tourism, this statement is not a surprise. This is an odd asset for private enterprises that are entirely based in the summer season, like paddle board rentals at Ben’s Boards.

Ben’s Boards was opened in April 2016 by Ben Phillips, a graduate of West Senior High School. While it’s only available during the short summer season that Traverse City has to offer, the tourism in Traverse City is beneficial to Ben’s Boards.

“I love the idea of a rental paddle board company. Most of my friends who live on the water have paddle boards, but I don’t and I’m sure it’s unlikely that tourists do,” says Kara Rickenberg, a resident of Traverse City.

Diane Kimmel, who taught general business at Northwestern Michigan College, says social media is essential to private enterprises like these. She’s been a resident of Traverse City for 37 years.

“When I first got out of college there wasn’t even internet, now I can’t even imagine a business without it. It’s essential that you are part of Facebook and Twitter and that you are well rounded and up to date on them,” Kimmel says.

When asked what a city can provide to promote successful entrepreneurs Kimmel says, “It all starts with the city’s Chamber of Commerce. Our Chamber of Commerce is excellent in promoting private businesses and this is a clean safe city. If I wanted to raise a family in Michigan I would chose a hub like TC or Gaylord, where I have access to trucking and shipping companies, unlike Northport.”

Founder of the Green Light Podcast, Sean Murray, agrees, but adds that Traverse City has yet another special thing to offer to the city’s entrepreneurs and private enterprises. It’s people. The idea for creating his podcast actually came by observation of the city’s residents.

“We have a bunch of very successful people that move to the area after they retire and no one really knows they’re here. We have a best-selling author from The New York Times, two astronauts, a NHL all-star, and the list goes on and on. Their stories need to be told,” says Murray.

Here is s a link to one of these podcasts—an interview of Ashley Sloat, owner of Aurora Consulting.

While his podcast is successful in telling these stories, Murray says he is shocked by the lessons owning a podcast has taught him.
“The most difficult thing has been getting interesting people to actually sit down with you. I found that the more interesting the person, the harder it is for them to come in, it’s less likely their willing to step out of their comfort zone,” Murray says.

“I think the biggest tip that I can give anybody who wants to be an entrepreneur is to just pick one thing and just do it. Do it hard and do it all day. Oh,” Murray adds, “and do it in Traverse City.”