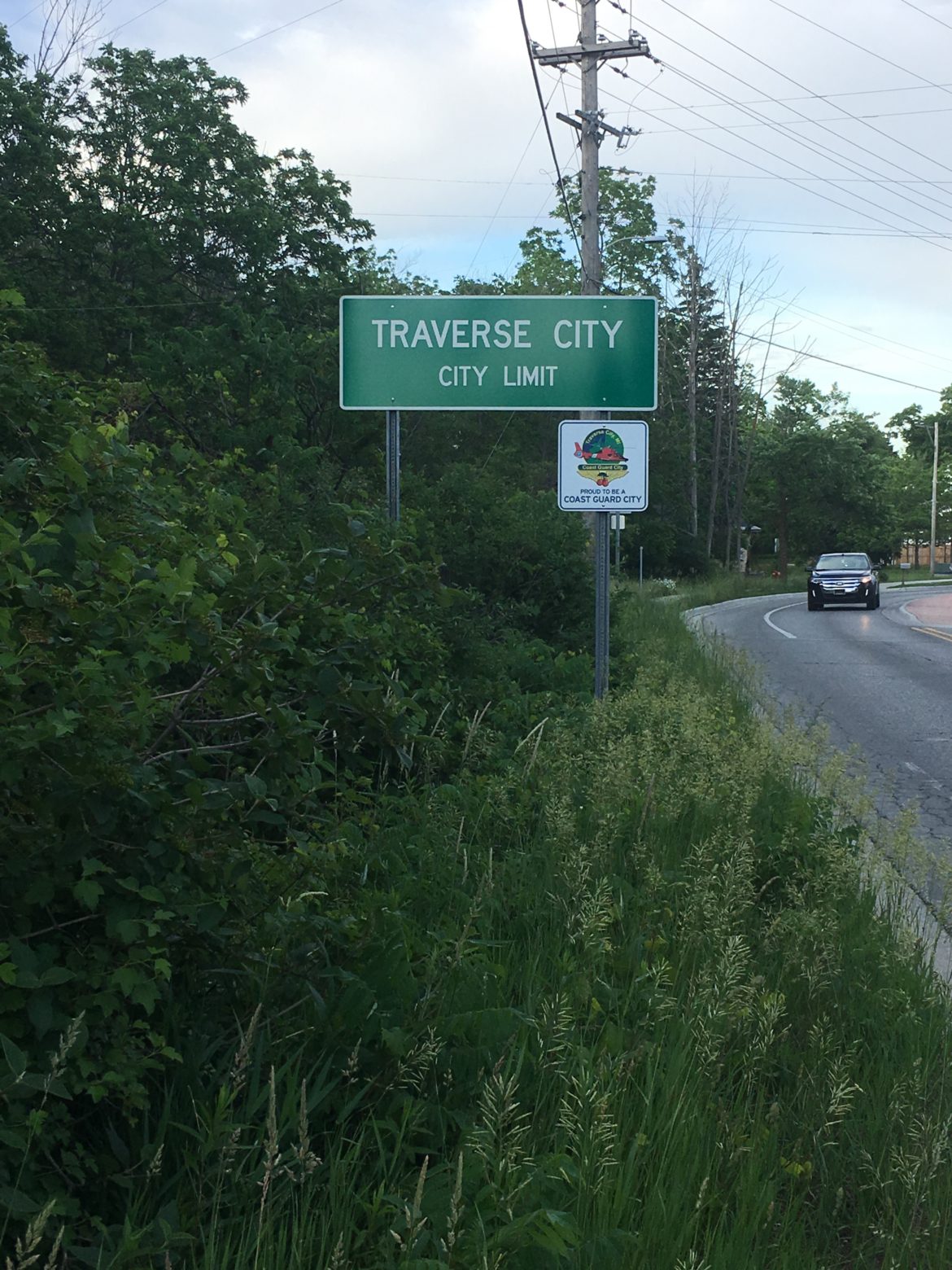 Within Grand Traverse County are City Limits. The area inside here would be affected by the policy's of sanctuary status. Photo by Amy Davis.

TRAVERSE CITY, Mich. — Human Rights commissioners of Traverse City are allegedly looking to make the northwestern Michigan city more “immigrant-friendly.” One way of doing so would be to declare sanctuary status, or making TC known as a “Welcoming City.” The lakefront area of Traverse City within the city limits. Photo by Amy Davis.

“There are jobs in Northern Michigan that need immigrants to take them,” says Mark Dixon, who has been a citizen of Traverse City for over 60 years. “Faming here, especially with the abundance of cherry crops, attracts a lot of immigrants, as well as some jobs at Munson, the local hospital.”

“This had never been an issue before (President Donald) Trump’s presidency,” says Dixon. “I think this is because he initially campaigned with restrictions to countries like Mexico by ‘building a wall’ across the border.”

Early in Trump’s presidency, an executive order attempted to withhold federal grants to sanctuary cities. However, at the end of April, a federal judge in San Francisco put a nationwide end to this.

Section 1373 of Title VII of the United States Code concentrates on this concept as it declares “that states and municipalities may not prohibit their employees from sharing a person’s immigration status with the United States Immigration and Naturalization Service (I.N.S.)” under sanctuary status. The area presented within the pink is within the city limits of Traverse City. Map created by Amy Davis via Zeemaps.com.

Dr. John Zachman, an instructor and Department Chair of the Political Science Department at Northwestern Michigan College, remains neutral on the issue. However, he disagrees with Dixon and says that international relations and immigration policies have always been huge areas of focus.

“In terms of electoral politics these issues have been on the screen for a long time,” says Zachman. “The area of focus has only slightly changed as Trumps administration is approaching the subject in a different way than the Obama administration did.” This area annually presents the abundance of cherries within Traverse City as well as the importance of farming. Photo by Amy Davis.

Not everybody is as understanding with the handling of the potential sanctuary title. Some citizens speak heavily against the matter.

“By supporting Traverse City becoming a sanctuary city, that implies that the immigrants are illegally in the country to begin with,” says Julie Cronk, who says she has a strong opposing view on the topic.

Dave Straughen, who has been a citizen for 5 years, agrees that this is against the law. “We are a nation of laws,” he says. “If we continue to ignore certain laws the situation will escalate and civilized society could collapse.”

“As a military veteran, I didn’t fight for our freedoms to be given to people of foreign land,” says Straughen.

“Another thing that needs to be considered is that for the most part, the places that immigrants live and work are outside of the city limits. So what benefits do they necessarily get by having sanctuary status declared within the city?” says Cronk, who just moved to the area. “I have been researching the area a lot as a new citizen here and find this impossible to ignore.” Within Grand Traverse County are City Limits. The area inside here would be affected by the policy’s of sanctuary status. Photo by Amy Davis.

There have been numerous protest events across Traverse City since the initial meeting within the Human Rights Committee, including a “NO to sanctuary city peaceful protest” outside of the local Governmental Center.

Dave Straughen attended this event on May 31 and says he was able to present his case and stand to share his voice.

“We need to keep voicing our concerns and present facts on our concerns,” says Straughen. “It’s up to those who have the power to make the final decision to listen to the people’s concerns but most importantly follow the law.”