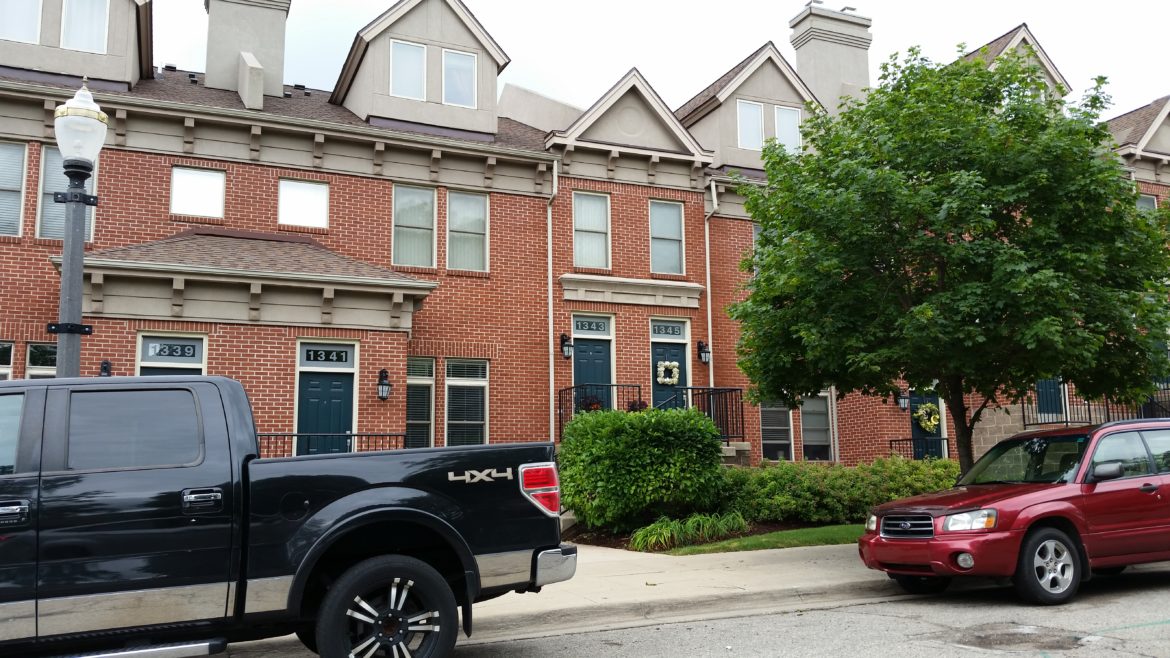 “Honestly a lot of people are trying not to own a home in the City of Lansing,” Nichole McCollum, a Lansing Realtor, said. “They are looking for what they consider to be better school districts, which are all outside the city. There aren’t a lot of families. Just single, working people and people that work for the state who typically like to stay close to the city.”

McCollum added that, despite the drawbacks, the city is an affordable place to live.

“It is cheaper overall to buy a home in Lansing than other school districts,” she said. “It’s definitely one of the less expensive areas to live in. You can get more house for your money than you can outside the city.”

If buyers and families are looking elsewhere for homes, are Lansing residents focused on renting? McCollum says maybe.

“There’s definitely a higher number of renters in the city than the surrounding areas,” she said. “That’s based on affordability. Lansing just offers more opportunities for rentals.”

Todd Weber, a renter in the city, acknowledges the number of rental opportunities. He isn’t however, impressed by the quality of landlords and living options.

“I come in contact with bad landlords on a regular basis and they don’t care,” said Weber. “So I don’t really care about making sure my rent is paid on time.”

Weber is concerned that Lansing landlords are focused on money rather than meeting renter expectations when it comes to necessary repairs and communication.

“It’s ironic and funny how often they ask me for money but don’t reply back on my request for fixing things and going through the lease properly,” he said. “In my current situation, I’ve been asking for screens in my windows and I want to be able to open them without bugs flying in and it’s been nine months. I’ve stopped asking. I just suffer.”

Weber has been a renter in the Lansing area for more than 10 years. He believes his location near several college campuses has something to do with the problem.

“It’s the City of Lansing that I’ve had frustrations with because it’s associated with school,” he said. “They want to rip off the students. But I’m not a student. I get mixed in with that and I get treated like a student, even though I’m actually the person that takes care of the house. When I move somewhere, I put in my own money.”

“It’s like this all over the city because the laws are pretty inefficient,” he said. “There’s no actual following through with code checks.”

“I’ve been in the northern part of Michigan Avenue, the good area, and I’m currently living on the south side of Michigan Avenue, the bad area,” he said. “The people in the north side are very specific and picky. They almost won’t allow students to live by them. But on the south side, it’s every man for himself. To me, it’s really weird that one road divides such a weird and drastic change in living. It’s a huge contrast in lifestyle.”

Dr. Rex LaMore, the director of the Center for Community and Economic Development at MSU, notes that living in Lansing offers a number of unique benefits.

“It’s a generally safe community,” he said. “There’s not a whole lot of crime. It’s also relatively affordable compared to other parts of the United States.”

LaMore, like McCollum, believes that buyers are taking education seriously when it comes to home ownership.

“Schools are an important element of the home purchase decision,” he said. “Most first time buyers who are thinking of starting a family think about the school district their children might be in. Then they’ll search for houses in districts they find.”

Weber shares that he would, someday, like to own a home of his own. McCollum agrees that home ownership is worth the lifestyle change.

“There’s a certain amount of pride that comes with owning something that’s yours and doing with it what you’d like in terms of cosmetics,” McCollum said. “You can make a house your home, versus a rental where you don’t have the flexibility. You’re also going to get more for your money when you buy versus when you rent.”

In spite of the ongoing problems, McCollum believes there’s hope for the city.

“I would encourage people to live in the City of Lansing,” she said. “There are more options than people think are available.”