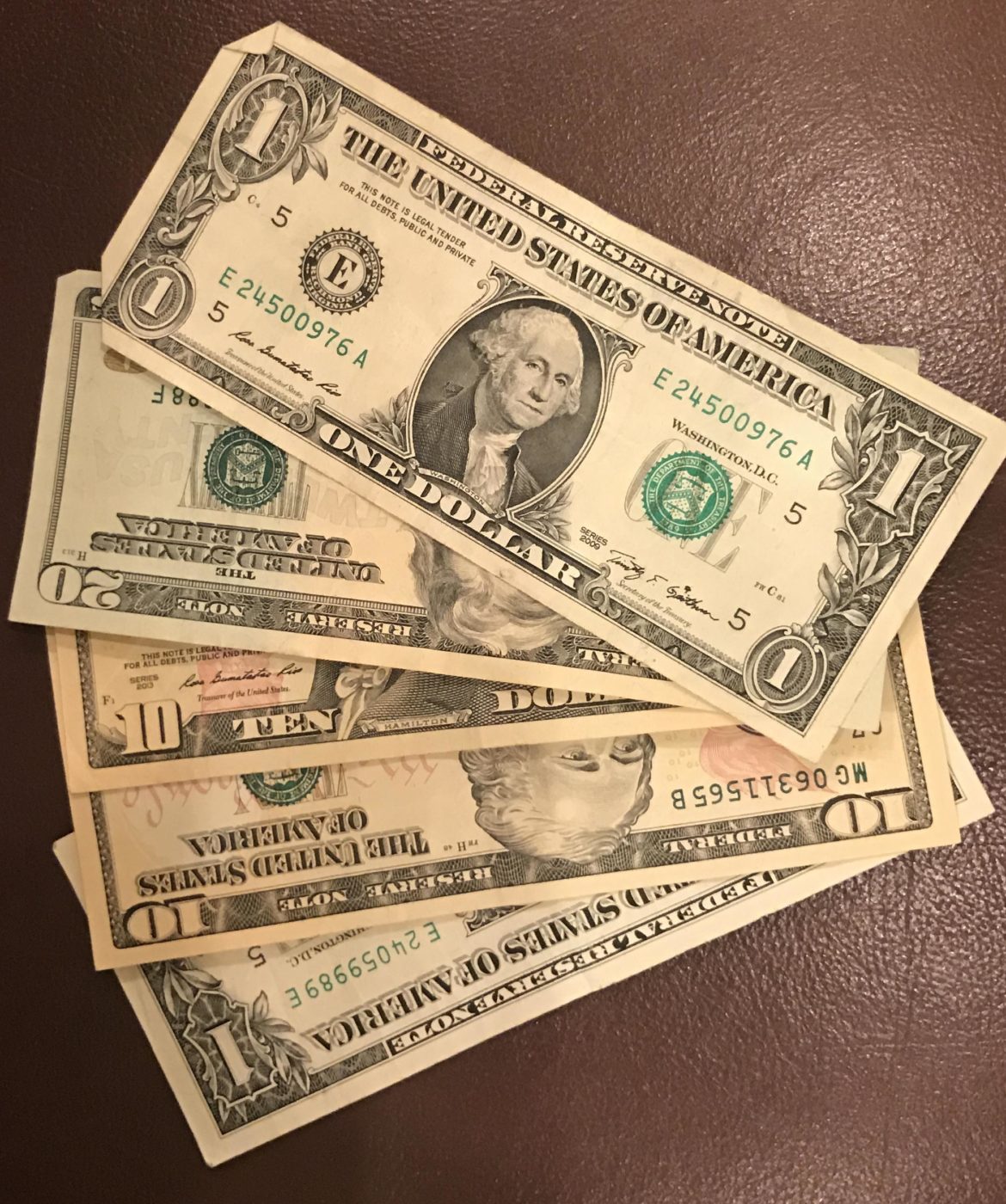 When a couple marries, among their vows they’ll say they will take thee “for richer or poorer,” however when the reality of money issues hits, a couple may think twice about this vow.

According to Michigan.gov, financial issues are a leading cause of marital stress and without a common ground on how to manage money together, it can cause for further problems in a marriage.

“If someone is trying to work hard and save money and then their partner is just like ‘oh yeah here, here’ and making stupid choices, that would infuriate somebody and I probably would leave them, too,” said Maria Caccamo, a married woman of 29 years.

Even those who are happily married will still likely, at some point, argue over where money should be spent and how much. According to Maria Caccamo, these arguments are present whether a couple is financially stable or not. Her and her husband, Guy Caccamo, discuss how they view finances in a marriage.

Maria Caccamo also mentioned that her husband is the one who is “really cheap” and they often have to talk through how much they will spend on certain things, such as vacations or cars.

However, for a healthy and loving couple, Guy Caccamo says at the end of the day a marriage is about love and not money.

According to Money Fights, research by Gail Hudson, “there are many underlying emotional issues that can cause money battles.” She goes on to mention that many times there is a desire to be in control of a relationship, which means one partner is the breadwinner and therefore has “control.”

Although love should conquer all, money is a major aspect that has an effect on marriage. Whether a spouse spends too much or too little, or a couple is struggling to make ends meet, this can cause arguments and finger pointing.

Charlie Sears, a marriage therapist for over 47 years, finds an individual person’s attitude towards money is the real issue.

“In order for a marriage to succeed, there has to be a growth, a gradual growth in selflessness and it’s the very nature of love to let go of oneself and to be concerned with the needs of the other,” said Sears.

With that, he also believes that the more a person is concerned about money, the less capable they become of having a love that is necessary to keep a marriage together.

Sears said that money problems in a marriage can be solved and whether it’s having too much or too little, the solution is the same: communication. However, money is a sensitive topic, therefore, according to Hudson in Money Works, many avoid the discussion. Many couples are unable to be open about finances.

Sears stresses the importance of taking turns and listening to each other in tough financial times. He compares people to onions and says once they sit down and discuss their issues without interruption or judgment, then they discover the root of those issues. “Solutions begin to come when people are listened to deeply without having to fight,” said Sears.

For a newly married couple, it is important to know that down the road they will not argue over financial issues. Brianna DiMichele, sister of the bride

Chris and Alissa Dreckmann on their wedding day.

For Alissa and Chris Dreckmann, who recently married last month, they feel they know and understand how to handle any money issues that may arise in the future.

“We have always stressed the importance of maintaining open communication and transparency with our finances. If a final issue may arise we will deal with it together, and move forward with steps we believe are necessary to regain financial stability,” said Alissa Dreckmann.

Chris Dreckmann reinforces the idea of transparency and its importance in any issues in a major. In a pre-marital class, the couple recalls discussing how they will manage their finances.

“I think it’s important to understand each other’s lifestyle goals, as well as future financial goals. You have to set boundaries on how much and spending and what things you will be budgeting for,” said Chris Dreckmann.

When Sears meets a new couple preparing for marriage, he gives them a questionnaire about money in order to see where the couple agrees and disagrees.

The question on that are as followed:

Of those questions, Sears said that the first one is the most important. According to him, it is a big red flag when a couple agrees with the statement because it shows trust issues. He said that many who decide to keep finances separate after marriage, end in divorce.

Although money can be a more difficult subject for a married couple to be communicative about, it is crucial. As Sears said, as well as both married couples, communication and responsibility are key.