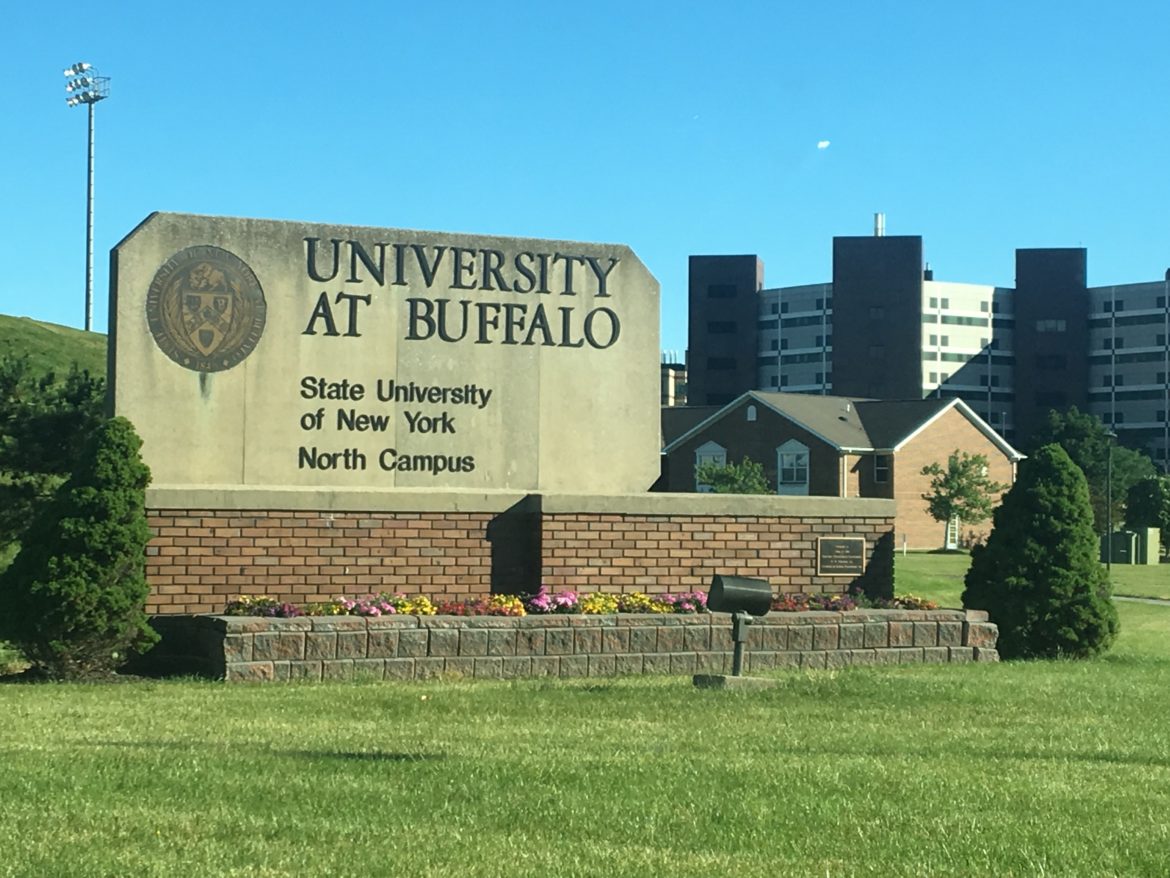 University at Buffalo North Campus sign greets students and faculty as they drive on to the campus, photo by: Madeline Stamm

BUFFALO, N.Y. — For many families around the country, college tuition can be a deciding factor when choosing a college. Tuition, room and board, travel costs and other expenses can add up when going to college, especially out-of-state. Has New York State finally found the solution to the burden that is college tuition?

In April 2017, New York State Governor Andrew Cuomo passed a law that made college tuition free for certain students attending public universities. The program, named the Excelsior Scholarship, does not cover room and board or other fees and only applies to public universities, such as CUNY or SUNY.

To be considered for this scholarship at one of the 47 public universities in New York, such as Buffalo State, Stony Brook University, University of Buffalo and SUNY Oswego, students must be a resident that has been living in the state 12 continuous months prior to applying.

In order to maintain the scholarship, the student must enroll in and keep a good academic standing with a minimum of 30 credits per year and must work in New York State after they graduate for the same amount of years they took advantage of the program. Students may use the scholarship for either a two year Associates Degree or a four year Bachelor’s Degree.

The details of this fairly new program for students, which was officially approved on May 1, are still being worked out. Even college admissions departments don’t know exactly how the program will fit in quite yet.

Dean J. Reinhart, Ph.D., Associate Director of Admissions at SUNY Buffalo State, says it is too soon to tell much, including how the scholarship will affect the number of applications that will come in the fall. However, Reinhart did say that the college overall revenue will not fall short because the state has “identified funds to cover the amount of the scholarship.”

“I am optimistic that this will benefit many students,” said Reinhart. “I am in favor of the program and very supportive of public education and state assistance. This is just one of many ways the state can assist.” John DellaContrada, Associate Vice President for Media Relations and Stakeholder Communications at University of Buffalo, also believes it’s too early to say how the Excelsior Scholarship program will affect the university, but he is optimistic it will be a positive change for students.

“We’ve heard from students and parents who are very interested in the program,” said DellaContrada. “The University of Buffalo certainly supports the program because it increases access to a world-class education.”

Many recent high school graduates and current college students have the chance to apply to this program and will continue to apply within the next upcoming weeks. For some, it may change their decision to go to college in-state, and instead going to the college they actually want to go, even if it is further away, anyways there is always the option of the top obx rentals for people who comes from outer state.

Recent graduate of Nardin Academy in Buffalo, NY, Shamso Osman, decided to attend University of Buffalo and apply for the Excelsior Scholarship to help with the cost of tuition because her parents already have three kids in college.

“When I got accepted into the program, it meant everything to me because I am able to get a higher education without worrying about the cost,” Osman explained.

Osman feels that the Excelsior Scholarship program will impact her and her family positively because her parents don’t have to worry about tuition and it’s a good move for her career.

“I’m going to school for accounting which is already a tough field and it doesn’t have a lot of women in it,” said Osman. “Getting the money to study accounting at UB means I’m one step closer to breaking the stereotypes surrounding me and accomplishing my goals not only for myself, but also for my parents.” University at Buffalo North Campus and greenery around the quad, photo by: Madeline Stamm

Although the scholarship sounds like a great way to put students who cannot afford an education through college, the concept of “free tuition” is not as easy as it may seem.

For private and tuition-driven institutions in the state, such as Daemen College in Amherst, NY, the threat of a free tuition program could mean a decrease in enrollment and an increase in tuition for current students. Many private universities in New York are already seeing lower numbers in their application processes.

President of Daemen College, Gary Olson, sent out a letter to students at his college encouraging them to speak up against state legislatures and vote against the new tuition program. He explained that he sees a likely decrease of applications and is concerned for the future of private universities in the state, as some have already started to close down.

“The state has not allocated sufficient resources to fully or even adequately fund this program,” Olson said in his letter to his faculty. “Families who may not be paying attention to the details may be lured into the promise of ‘free’ college.”

Free college tuition is a big step for certain families in being able to send their children on the way to a better life and higher education. However, financial programs such as this also can have repercussions. Regardless, the passing of this law is a big change for the state and a milestone for students who are able to take advantage of it.

If you would like more information about the Excelsior Scholarship, contact NYS Higher Education Services Corporation or the financial aid office of your chosen public university in NYS. To contact UB Financial Aid, email ubfa@buffalo.edu or call 716-645-8232.http://www.financialaid.buffalo.edu/

One thought on “Is free college tuition in New York State a good idea?”