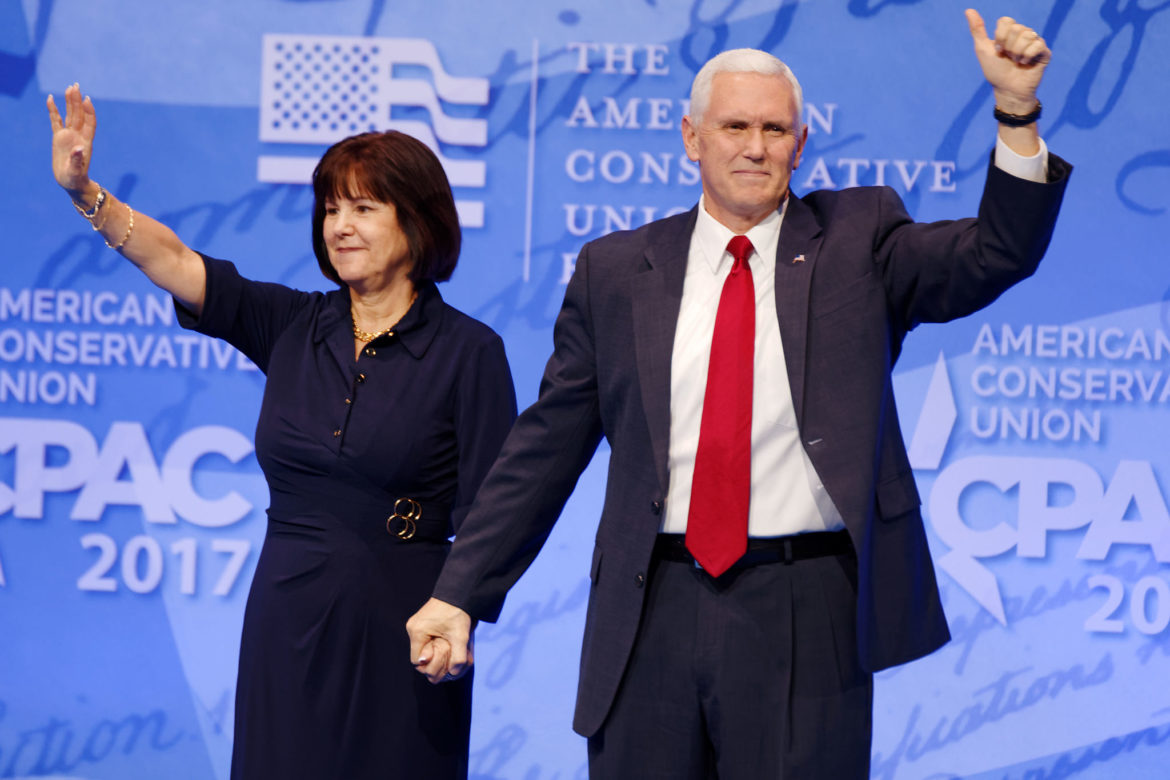 Washington Post reporter Ashley Parker’s March profile of Pence’s wife, Karen Pence, cited a 2002 Mike Pence interview in which Pence said that he does not attend events where alcohol is served or dine with a woman alone, without his wife present.

For many in Meridian Township, such a rule is unheard of. We talked to leaders in academia, politics and the church – their responses to the issue ranged from outrage to respectful criticism.

This sort of practice is familiar among evangelicals, said Amy DeRogatis, professor at Michigan State University and the author of “Saving Sex: Sexuality and Salvation in American Evangelicalism.” But the familiarity stops there.

“When Mike Pence mentioned that, there were lots of people outside of evangelicalism who had no idea what he was talking about and were confused by it,” DeRogatis said.

That adds up. Those we interviewed with limited knowledge of evangelicalism had never heard of the practice.

Within evangelical circles, “it wouldn’t raise any eyebrows. It would seem like good common sense,” DeRogatis said.

Many have equated Pence’s behavior with what has been called the “Billy Graham Rule.” The evangelist Billy Graham avoided eating, meeting and traveling alone with women in order to avoid sexual temptation, a practice harkening back 1948. Graham was 29 years old at the time and on one of many trips far from his wife, with two fellow evangelists. The three came up with the rule sitting in motel in Modesto, California.

Meridian Township treasurer Julie Brixie is among those frustrated by Pence’s practice. Julie Brixie is serving her fifth term on the Meridian Township board. Image: Steven Maier.

“For someone of the Vice President’s stature to refuse to either meet alone or dine alone with a woman is really disheartening,” Brixie said. “This rule is extremely unprofessional and has no place in today’s workplace.”

Denying an employee fair and equal access to their employer based on sex or gender constitutes discrimination, Brixie said, and a violation of the Civil Rights Act of 1964, which prohibits sex-based discrimination.

One of the problems with the rule, according to many, is in the message that it sends.

Deschaine said he believes the rule shows a fear of sex and implies that women are categorically dangerous.

We asked James Singleton, Jr., director of mentored ministry at Gordon-Conwell Theological Seminary based in Hamilton, Massachusetts, to weigh in. He has some similar reasons for his dislike of the practice. “The thing I’ve always hated about this rule is that it does signal things to women that it’s not fair to signal at all,” Singleton said. “It has a backhanded message that it gives.”

That said, he sees good intentions behind it.

Singleton has friends in ministry who follow the rule to this day, he said. It is meant to avoid even the appearance of impropriety, a problem with which evangelists had had some bad experiences when Graham first conceived his rule.

The context is similar, Singleton said, in that politicians today are well familiar with sexual scandal. The problem comes when well-meaning women are treated as if they have bad intentions.

Gary Post, associate pastor at New Hope Church in Haslett, also sees the rule as well-intentioned. He does not follow it, as one-on-one meetings with women colleagues and members of the church are often necessary, but he respects Pence’s attempt to protect his marriage from impropriety.

“I certainly think that everyone in every marriage has to agree on certain standards of behavior with his or her spouse,” Post said.

“In my mind it’s an expression of respect,” he said. “I think it’s honoring to a woman not to put her in a position that would be, or that other people would consider inappropriate.”

Respectful or not, women could potentially find their careers limited if practices like these are employed in the workplace, especially in politics.

“In this business, time is everything and face-to-face meetings are everything,” Brixie said.

Politicians are not always ready to commit to something in writing or over email, and in-person meetings are often necessary to solidify deals. That often cannot happen without one-on-one access to coworkers and superiors.

“How could you rule out meeting with any person of the opposite sex throughout a career?” Deschaine said. “No successful woman could ever abide by that same rule and succeed.”

Most couples have some sort of rule, he said, but he believes this practice goes far beyond what is necessary.

Deschaine has two daughters in the midst of careers. He said he could not imagine how they might have been affected if men consistently refused one-on-one meetings.

Outside of that, he sees the rule as impractical.

“From a government perspective, this is not an effective way to be the vice president of the United States, or any other civic official,” he said.

Brixie sees practices like these as another example of women’s lack of rights. Over her career she said she has been discriminated against, talked down to and had to fend off sexual advances. The same is true, she said, for every woman she knows.

Both Brixie and Deschaine said they had negative opinions of Pence before this report, citing decisions he made while serving as governor of Indiana.

Pence said he avoids attending events with alcohol and meeting with women alone without his wife present. There was no mention of avoiding meetings with women in a work environment. Because of this, Singleton and Post both said they find it misleading to equate his behavior with that of Billy Graham.

DeRogatis disagreed. She said the men share the same motives. And as for Post’s comment – that the Billy Graham rule saves the women from appearances of impropriety?

“That’s not what Billy Graham meant,” DeRogatis said. “What he meant was very specifically that nothing good would come of him being alone with another woman, so he chose not to do it.

“He could see no reason why he needed to be in a room alone with a woman.”

Pence’s lack of detail about how his practices play out in his offices makes little difference in how both Deschaine and Brixie view the man. It’s just another example, Deschaine said, of how Pence has “injected his Christianity into his political life.”

The public knows little about how Pence’s behaviors play out in the workplace, or whether they do at all. The cited interview took place nearly 15 years ago, when Pence was still a congressman from Indiana. He has not addressed the issue since.

Without knowing more details, Post said, he would not assume that the vice president treats women in his office with anything other than respect. Discussion of the matter had been fueled by conjecture, he said. He saw it as a “nonissue” and a “distraction” from more important issues – health care, infrastructure, domestic terrorism and the war against ISIS.