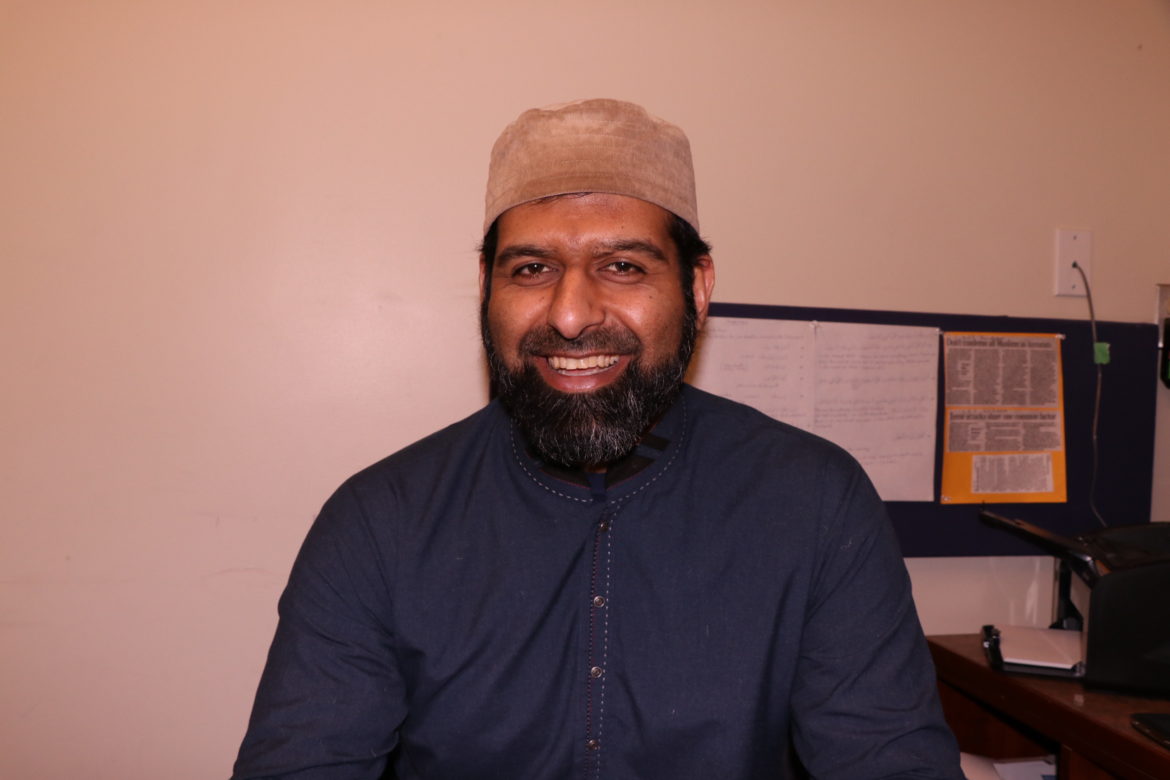 Imam Sohail Chaudry is the spiritual leader of the Islamic Center of East Lansing.

President Trump’s executive orders earlier this year seeking to ban citizens from Iraq, Syria, Iran, Libya, Somalia and Yemen from traveling to the United States led Sens. John McCain and Lindsey Graham to say the ban sends a signal that Muslims are not wanted in America.

Meanwhile, FBI crime statistics show hate crimes against Muslims are on the rise.

Three experts clear up five misconceptions about the fastest growing religion in the world.

“One of the most common misconceptions is that women live under some sort of oppressive dictatorship ruled by their husbands and fathers,” said Ramez Islambouli, a Case Western University professor of Islamic law.

“The role of the Muslim woman is to raise the children and be a good wife. However, isn’t that what most cultures perpetuate women to be – domestic providers that supply a nurturing environment of unconditional love and devotion?”

Many of the misconceptions associated with Muslim culture are actually present in mainstream cultures as well, Islambouli said.

“Islam gave women the right to choose their marriage partner, property rights, voting rights,” said Imam Sohail Chaudry of the Islamic Center of East Lansing. “All of these things weren’t permitted to women in the West until the last century, but Islam granted these rights to women 1,400 years ago.

“When people say Islam oppresses women, it’s laughable because Islam was way ahead of its time. It was one of the most feminist religions.”

The United States. was founded in 1776, but women weren’t granted the right to vote until 1920. According to Islambouli, women were not viewed as equals in the U.S. since the beginning of the country’s history.

It wasn’t until 1981 that the Supreme Court overturned state laws that designated a husband as the head and master of the household with sole control.

“In Christianity, it was questioned if women even had souls. Islam has always recognized that women had souls from the beginning,” said Salah Hassan, a Muslim studies professor at Michigan State University.

In the U.S., women outnumber men converts four to one, according to the Islamic Research Center International.

“If this was an oppressive religion, the conversion rate wouldn’t be as high as it is,” Chaudrey said.

Perhaps it’s the fact that countries with high Muslim populations, like Saudi Arabia, Iran and Morocco, are governed by Islamic law that has created the stigma that Muslims don’t support democracy.

“Being a Muslim does not mean we automatically love the Middle East and pledge blind loyalty to Muslim countries,” Islambouli said. “True Islam commands us to be loyal to our country of residence. We are expected to be upright citizens no matter where we live and follow the laws of the land.”

A survey done by the Institution for Social Policy and Understanding found 41 percent of Muslims are satisfied with the U.S., which was a higher satisfaction rate than Jews, Catholics and Protestants.

“I think most people would argue that democracy doesn’t give a fair representation of minority issues,” Hassan said. “Any religious minority may see that the United States recognizes Christian holidays and not others.”

Muslims may see this as unfair and anti-democratic, Hassan said.

Six in 10 Republicans believe Islam is more violent than other religions, compared to 1 in 10 Democrats who believe the same, according to a CBS News poll.

“The Arabic word ‘jihad’ is often translated as ‘holy war,’ but in a purely linguistic sense, the word ‘jihad’ means struggling or striving,” Islambouli said. “In a religious sense, it can refer to internal as well as external efforts to be a good Muslims or believer.”

In a Pew study, 58 percent of respondents say they know little or nothing about Islam’s practices, according to a Pew study.

“Jihad is a concept taken on one end by extremists and another end by the American media, and both of them have agreed to the same definition of jihad. In the middle, are these 1.6 billion Muslims who are saying that’s not what jihad means,” Chaudrey said.

“There is an intellectual jihad, which is scholarship, education, teaching, learning and there’s a spiritual jihad, when Muslims fast in the hot summer,” Chaudrey said. “When a woman gives birth to a baby, it is considered jihad. If she dies, she is considered a martyr because she is going through a noble struggle to give life.”

Not all forms of jihad are peaceful, though.

“If military jihad is required to protect the faith against others, it can be performed using anything from legal, diplomatic and economic to political means,” Islambouli said.

“If there is no peaceful alternative, Islam allows the use of force, but there are strict rules of engagement. Innocents, such as women, children, or invalids must never be harmed, and any peaceful overtures from the enemy must be accepted,” Islambouli said.

Sharia law is a set of religious laws that are followed by Muslims.

“There’s this conspiracy that Sharia law is going to take over America because Islam is expanding, but the truth is, Sharia law came to this country 240 years ago, when the U.S. Constitution was being made,” Chaudrey said.

Sharia is based on Islam’s holy book, the Quran, and the life of prophet Mohammed.

Sharia includes things like marriage, divorce, inheritance and punishments for criminal offenses, which can be interpreted differently in countries governed by Islamic law.

“The law differs from place to place. Iran, Saudi Arabia, Egypt, Morocco all have Islamic law in their justice system, but it’s used differently,” Hassan said. “Some places have polygamy, and while it’s legal in some places, in others it’s not.”

A Pew religious landscape survey found that 57 percent of American Muslims say there is more than one way to interpret Islam’s teachings.

For example, Saudi Arabia and Iran are both Islamic states. Women in Saudi Arabia have limited rights regarding decision-making in their lives while women in Iran have professional and political decisions.

Named the Islamic state of Iraq and Syria, ISIS has carried out or inspired more than 140 attacks globally.

“ISIS is made up of many cultures, and it is a political reaction to the U.S. invasion of Iraq and other foreign presence in the middle east.” Hassan said. “It’s a political movement. It’s not a cultural or religious movement.”

The Pew Research Center did a survey on major Muslim populated countries and their attitudes toward ISIS. Of the 11 countries surveyed, 10 of them viewed ISIS as unfavorable, while the exception of Pakistan, where a majority chose “don’t know.”

“Islam is a religion of peace. Terrorists have nothing to do with Islam. After all, terrorism has no religion,” said Islambouli said.

“ISIS uses Islam for justification for the things they do,” Chaudrey said. “We have seen this happen in history before, where groups use religion for their own agenda.”

“If you look at the people ISIS have killed, they’ve killed more Muslims than non-Muslims,” he said. “If it was Islam that was driving ISIS, wouldn’t they be killing their own faith members left and right?”

One thought on “Five misconceptions about Islam debunked”