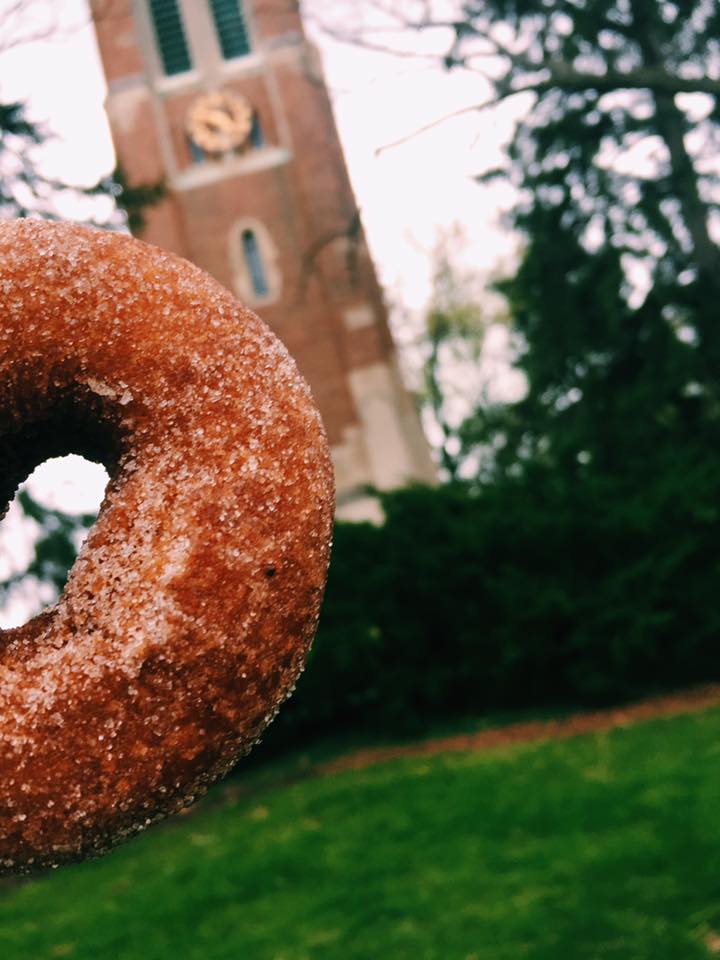 On the stretch of grand river, donuts on the go. Petey’s Donuts is now opened on Albert and Division selling cinnamon sugar and plain donuts.

For just a dollar, these donuts are made fresh every day and the truck is out from 8 a.m. till 6 p.m.

Owner Eric Peterson said being on Grand River is a great opportunity for Petey’s Donuts.

“Kids are out all day long,” said Peterson. “There’s people traveling around so it works out very well for us.”

“We make just a batter, looks like cake batter,” said Peterson. “We put them into a machine that actually makes the donuts for us.”

One tip Eric Peterson lives by…

“The messier the better,” said Peterson.

A craving that can be met on the stretch of Grand River.

“It’s cool that it’s donuts because we don’t have a lot of places like that down here,” said MSU student Tiffany Johnson.

And as Devin said..