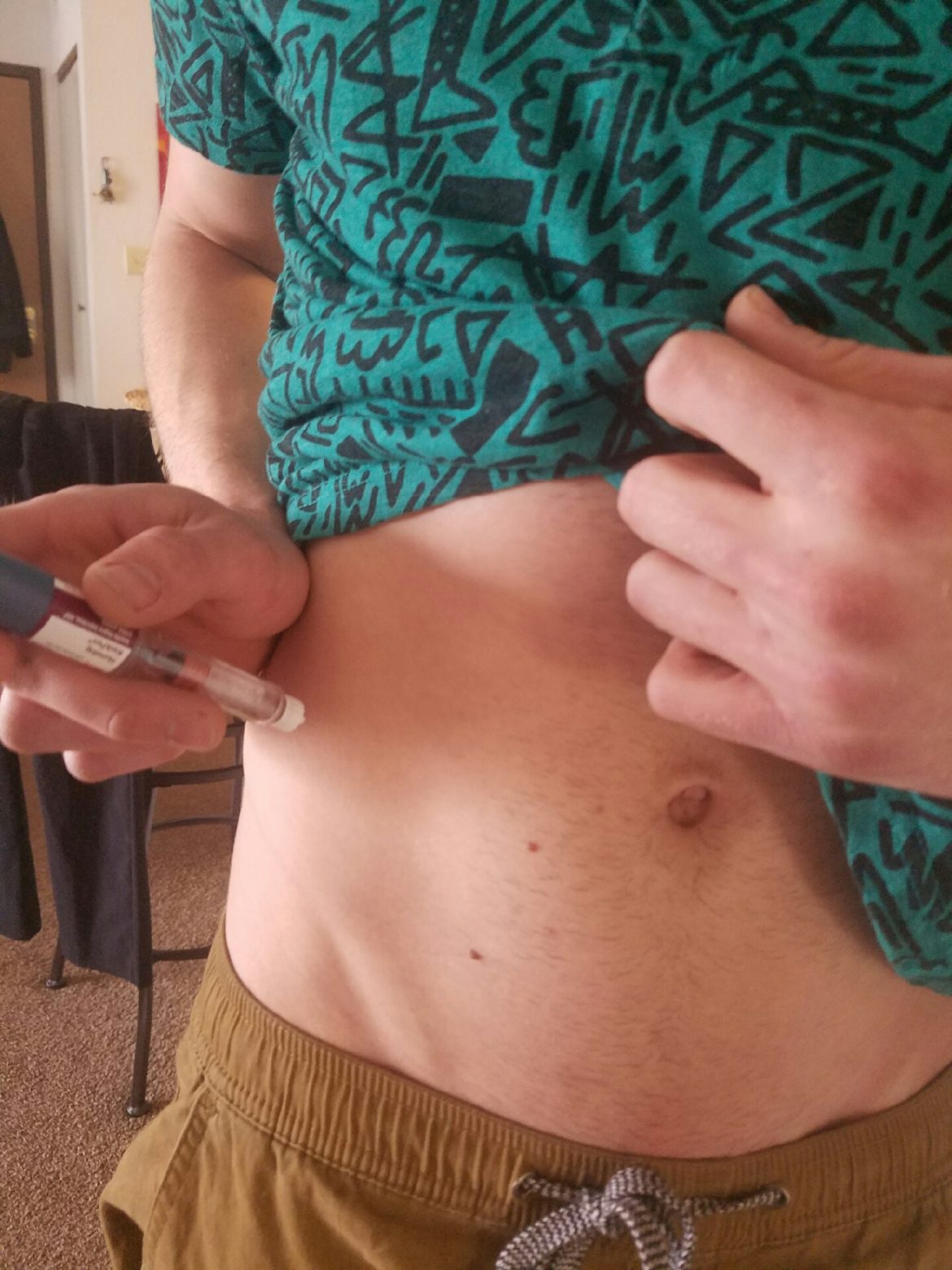 Dillon Carter, who was diagnosed with Type 1 diabetes at 9 years old, has learned how to combat his illness. Photo Credit: Dillon Carter Dillon Carter, who was diagnosed with Type 1 diabetes at 9 years old, has learned how to combat his illness. Photo Credit: Dillon Carter

Deanna Russell and her husband Josh Russell were hiking the Pyramid Point trails along the Sleeping Bear Dunes National Lakeshore, as they often do. This particular trail is over 2 ½ miles long. The end of the path overlooks the picturesque light blue waters of Lake Michigan. It is a sight that is well worth the tiresome march through the woods.

But the hike is also somewhat of a risky proposition for Deanna Russell, who was diagnosed with late onset Type 1 diabetes a little over five years ago.

“I’ve had my blood sugar drop while hiking. I always have glucose tabs with me, but one specific time I thought I did and we were hiking out at Pyramid Point and my blood sugar dropped,” Deanna Russell said. “So Josh ran ahead of me and got me the last of his Mountain Dew. It was pretty scary.”

In 2014 the Centers for Disease Control and Prevention reported that nearly 22 million Americans were diagnosed with diabetes. That was a jump of over six million people compared to 2004. For those that are diabetic, exercise is a very important tool. Taking gradual hikes and walks can help naturally lower your blood sugar and also helps lower your risk of heart disease and stress. It is a tricky balance though.

“Probably the most important thing is adhering to the medication and the diet and activity recommendations from your doctor,” said James Aikens, professor in the University of Michigan Department of Family Medicine. He also is a practicing clinical psychologist at Briarwood Family Medicine and a member of the American Diabetes Association.

Although sometimes it is not that simple, according to Aikens.

“Sometimes you may do everything perfectly and still get a high glucose reading and you don’t know why. If that happens too much it can feel helpless. So, I’d say that dealing with that and remaining activated and optimistic enough to manage the everyday burden and avoid burnout with that regimen is the greatest challenge.”

It is important for those with diabetes to closely monitor their blood glucose levels constantly as they can change in the blink of an eye, depending on calorie intake, lack of exercise, stress and even illness.

“Usually, the scary episodes are when I have a low blood sugar level.You get disoriented and shaky and you can’t really think straight.  The scariest episode was last fall,” Deanna Russell said. “I overtook my insulin for the amount of carbs I took and I had just exercised so my blood sugar levels dropped so fast. I actually had to call 911 and the ambulance came to my house. I was downing Mountain Dew, milk, orange juice and they gave me this nasty gluey tasting glucose stuff.”

Deanna Russell, who owns a Jimmy John’s with her husband Josh, also has to keep track of her condition while working in a fast-paced environment.

“I really need to keep an eye on my blood sugar numbers, since I do a lot of running around in the morning especially.  I now use a continuous glucose monitor, which is constantly reading my glucose levels. It keeps me aware and will give my alerts when I go low or high.,” Russell said.

Russell’s niece, and a former manager at Jimmy John’s, Jessica Schrader, would help her out at work if she was feeling down.

“After a while I caught on to how the highs and lows affected her differently. If she was having a severe low I would tell her to sit down and would get her a Coke or a cookie to help her sugars jump fast,” Schrader said. “It was always a matter of being understanding and just offering to be as helpful as possible.”

Debbie Butler, associate director of pediatric programs at the Joslin Diabetes Center, noted that having a strong support system around you is important for someone diagnosed with diabetes.

“Diabetes is a very challenging disease with no break. So people with diabetes need support. I recommend that the person with diabetes be specific about what kind of help and support they need though – like do they need someone to exercise with, can their partner eat healthier with them, do they have someone to go to medical appointments with them?”

Dillon Carter has also felt the lows of diabetes. He is a 25-year-old server who was diagnosed with Type 1 diabetes when he was 9-years-old, and was very sick two Christmas’s ago. He wasn’t sure what the cause of the illness was and checked into the hospital.

“I was throwing up, had stuff coming out both ends, couldn’t keep any food in me,” Carter said. “I was in the hospital for four days. They told me it was ketoacidosis.That was a wakeup call for me, I realized I needed to start eating better and exercising better.”

As a result Carter has began going to his local Planet Fitness on a regular basis, and weather permitting, disc golfs at least once a week.

Both Carter and Russell agreed that their diagnosis, although somewhat of a burden, has forced them to become healthier, in terms of nutrition and exercise.

“I’ve been diabetic for five years now, so I really have had to learn to embrace my diabetes. It keeps me aware of my food consumption, exercise and how to regulate all of that combined, so it’s actually keeping my pretty healthy,” Russell said.

One thought on “Diabetes forces some to practice healthier habits”