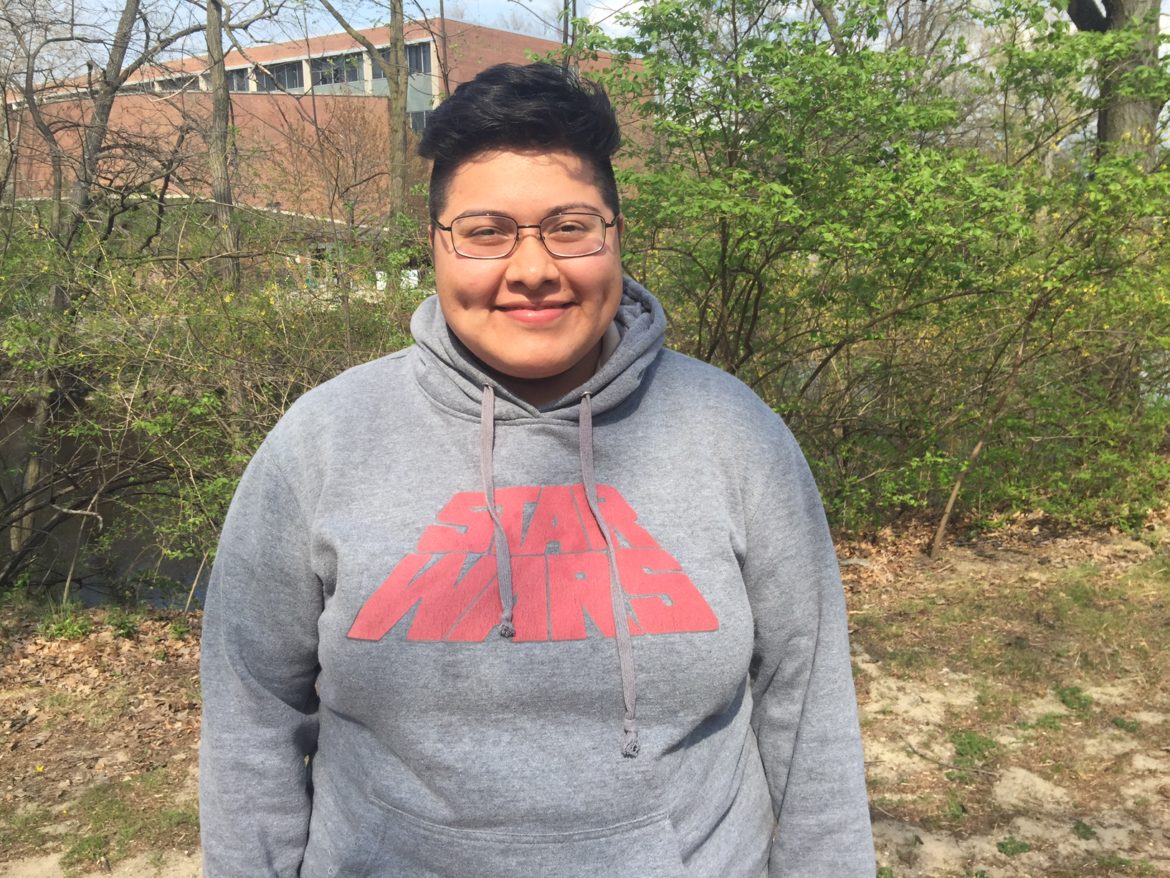 Immigration. This term was on the minds of many Americans during and after the 2016 presidential election, especially after President Donald Trump proposed immigration reforms.

Trump’s plan says the U.S. is the only country “whose immigration system puts the needs of other nations ahead” of its own. It outlined three “core principles” to improve the existing system: building a wall across the southern U.S. border, enforcing immigration laws and improving jobs for all Americans.

In February, Trump also expanded the rules on what it meant to be a “removable alien” — or a priority for deportation

Opponents of President Trump’s reforms have him being polarizing and instilling fear among the immigrant population. Pew Research Center found that less than half of the public viewed the wall as an “important goal” for immigration policy, but voters were divided on their perceptions of immigrant workers.

But the mixed perceptions go deeper. Even before Trump stepped into office, Pew found that America was divided on immigration issues: 45 percent of adults felt that immigrants improved society, and 37 percent felt they made it worse.

Divisive as these issues are, here are three immigration myths debunked and how they affect Michigan.

1. Most immigrants are in the U.S. illegally.
According to the U.S. and World Population Clock, the U.S. population hovers at about  325 million people. In 2014, Pew reported that the population of foreign-born people was about 42 million, or 13 percent of the total population.

Slightly more 11 million people, or about 25 percent, were estimated to be undocumented immigrants – or one in four. The remaining 75 percent of immigrants in the U.S. were either lawful permanent residents, temporary residents or naturalized citizens.

A 2015 estimate of Michigan’s population found that 6.5 percent of the state’s almost 10 million residents are foreign-born. By county, MLive reported that most areas in Michigan have fewer than 1 percent of the local population are non-citizen immigrants.

The counties with the highest populations of non-citizen immigrants are Oceana at 4.7 percent, Ingham at 5.5 percent, Oakland at 5.2 percent and Washtenaw at 6.4 percent.

Veronica Thronson, clinical professor of law and the director of the Immigration Law Clinic at Michigan State University, said people categorized within the “non-citizen immigrant” category can be broken down even further.

“We usually divide them into immigrants and nonimmigrants,” she said. “So, for example if someone is coming to study to get a bachelor’s or a master’s, they would be applying for a nonimmigrant visa and at some point they are going back home.

“So that’s the big disconnect, that people think everyone who comes has the intention to stay and they really don’t.”

2. The process of becoming a legal immigrant is an easy one.
People funnel into the U.S. every day for a variety of reasons. The most common reason is travel.

For many illegal immigrants, acquiring a green card or a visa can be out of the question.

“The problem we have is the lack of understanding of how difficult it is to get immigration status in the U.S. and even if people are trying their best, and even if they have maybe an employer who is willing to sponsor them to get papers, they are not able to because of the way the laws are,” Thronson said. “Mostly it has to do with how they enter the U.S. for the first time.”

Those who cross the border illegally into the U.S., and then get discovered, could face a small fine to imprisonment. They also could be deported and barred from re-entry to the U.S. for a period of years.

“Every single day that this person has been here in the U.S. illegally counts against him. After they turn him in, the illegal presence starts counting,” Thronson said.

This can make it difficult for married couples because once someone is found to be an illegal immigrant, the usual protocol is to have that person leave the U.S. and apply for reentry. According to the American Immigration Council, the three- and 10-year bars — or restrictions for reentry into the country — come into effect after individuals start accruing time in the U.S. illegally.

When people stay in the U.S. more than 180 days but less than a year, they are forced to wait three years before they can apply for immigration status. For people who accrue more than one year, they must wait 10 years.

According to the U.S. Department of Labor, 78 percent of the crop labor force in the U.S. hails from outside its borders — mostly from Mexico.

“Most people don’t realize that it’s not done by people from the U.S., it’s done by immigrants,” said Luis Alonzo Garcia, director of Michigan State University’s Migrant Student Services program. “If you start closing that spigot off, you have to create another way to get workers to carry on.”

The Migrant Student Services organization at MSU has a College Assistance Migrant Scholars Program, known as MSU CAMP. It provides educational opportunities for students at MSU who come from migrant or seasonal worker backgrounds. Maria Perez, a criminal justice major, is one of those students.

Though Perez was not born in Mexico, she said some of her family is Mexican. She said a common misconception is that being a U.S. citizen and a migrant worker are mutually exclusive.