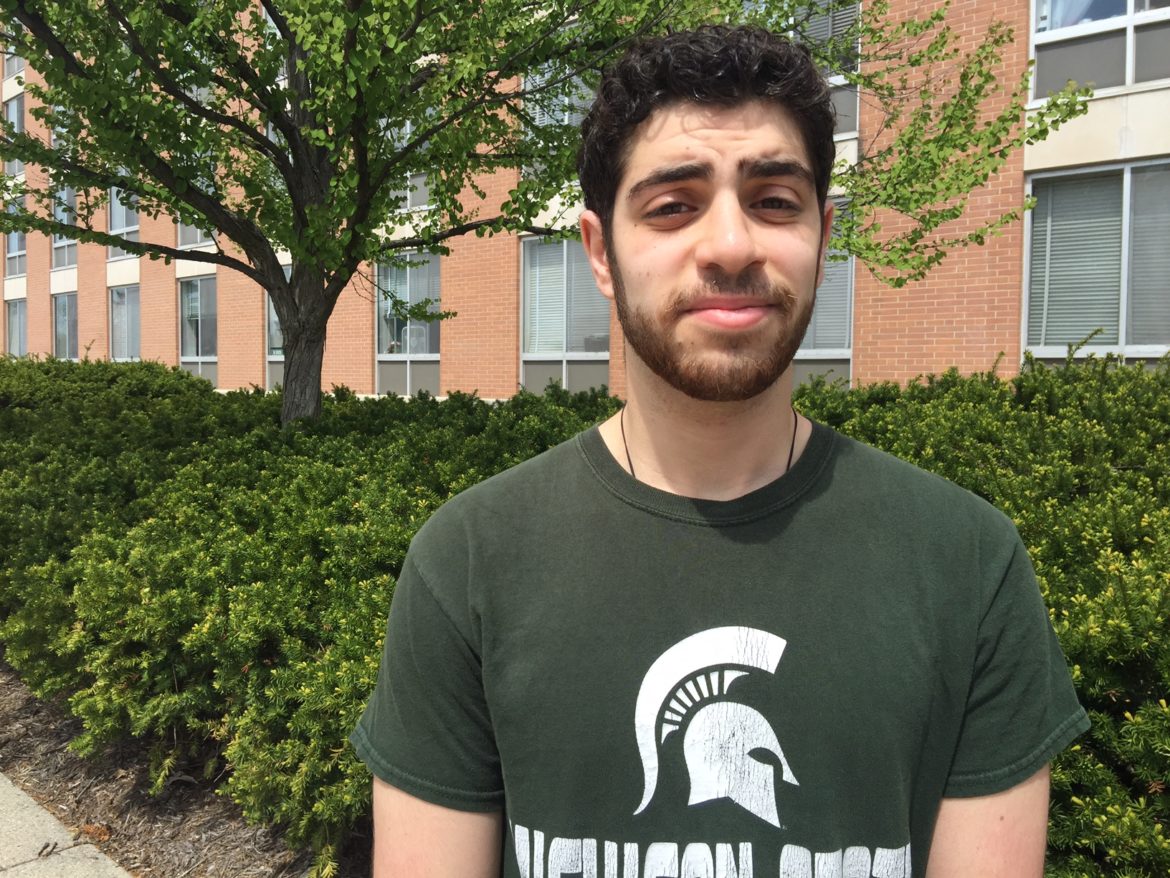 Omar Said is a Michigan State University student who grew up in a cultural enclave in Livonia, Michigan.

Fifty years from now, America’s population will have unprecedented diversity. By 2065, the number of immigrants or people with immigrant parents in the U.S. will go from about a quarter of the population to just over one third, according to Pew Research Center.

And white Americans will no longer make up the majority. They will comprise 46 percent of the population, though no single ethnic group will outnumber them.

Those demographic shifts show that what it means culturally to be an American may be shifting. No longer will demographics be dominated by a single ethnic group.

Sophia Koufopoulou, an instructor in the Michigan State University Department of Sociology, said one of the results of this growing diversity is increased acceptance of tight-knit cultural groups or “ethnic enclaves.” Whether immigrants move for job opportunities, access to higher education or just a change of pace, historically, members of various ethnic groups would flock to live together. These enclaves provide cultural support for immigrants who feel isolated when moving to another country.

“Language is one of the biggest problems that these people face, and it is definitely extremely difficult for the first time when you are a middle-aged person, so age is the second factor,” Koufopoulou said. “I would say that these people, they never assimilate, because in order to survive they have to rely on their ethnic network.”

Just because they don’t fully assimilate doesn’t mean that they can’t feel as at home in American culture as they do in the culture of their birth nation. This is true for Omar Said, a Michigan State University student who grew up in an enclave. He said he identifies with his Egyptian background, and that moving to MSU made him hold onto his heritage more.

Said grew up in Livonia, not far from Dearborn, a city in southeastern Michigan that boasts a population that is 30 percent Arab, according to the Arab American Institute. Said stated he appreciated growing up in an environment where he could find so many individuals who shared and appreciated his cultural background. He credits his upbringing with his strong attachment to his Egyptian heritage as well as American culture.

However, Said realizes that some people – particularly refugees to the nation – don’t have the benefit of the community support he received growing up. Said’s mother, who works with refugees, has been his access into their world. For these groups, he said that assimilating into American society is about blending their cultures together, and that they will have to “push themselves” to be a part of it.

“It’s going to be hard for them to find success here,” he said. “They’re going to be living in hardship … the (cultural) balance is the hardest.”

But that’s only part of the story. It’s not only immigrants who may face challenges blending with mainstream U.S. culture. Melody Baker grew up in Lansing, but moved to the less-diverse Rochester Hills where she is a student at Oakland University.

On Oakland’s campus, only 24 percent of the student body is minority. But millennials often are seen as a more open-minded generation, in part because 43 percent of all millennials aren’t white. And younger generations are even more diverse. In 2012, the Census Bureau found that half of newborns born in the U.S. are not white.

Yet, Baker said she feels isolated. Even with those projected demographics, the change toward greater cultural diversity will still take decades.

Said agrees. He said he foresees the process of cultural blending and acceptance of diversity across the U.S. taking a long time.

“With the melting pot, we still have a lot of melting to do,” He said.