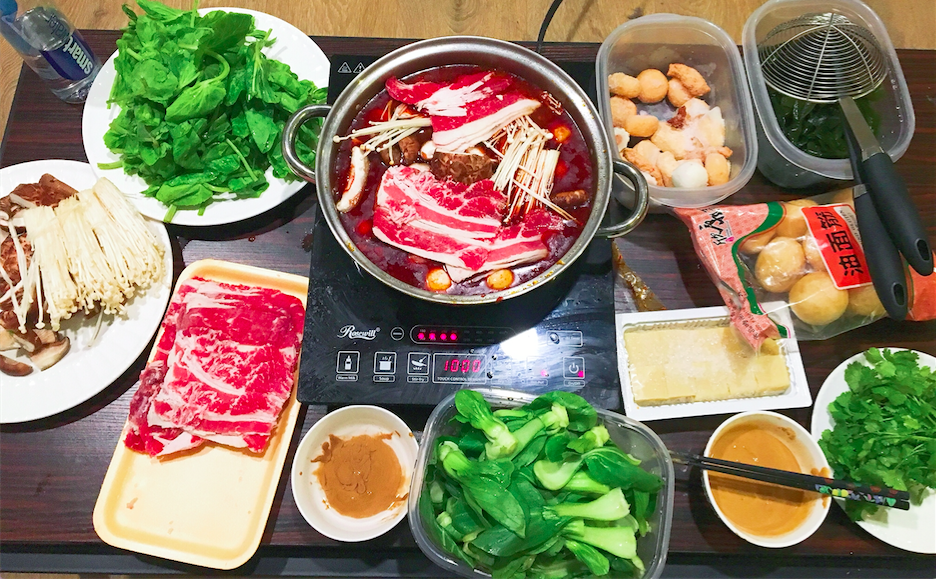 Spring 2017 welcomed 7,051 enrolled international students to Michigan State University. These students make up about 14 percent of the Spartan student body.

Most of the university’s international students come from China, Korea, India, Canada and Saudi Arabia. With them, each student brings a piece of their culture to Greater Lansing. Ethnic restaurants spanning from Okemos to downtown Lansing play a large role in quilting the area’s cultural mosaic.

Here are three signature dishes for three of the countries with the largest number of international students enrolled at MSU — and where locally to taste their cuisine. Qingrui Li, a Chinese student studying advertising management at Michigan State University, said one of the most traditional Chinese dishes is called hot pot. Hot pot is a mixture of meats, seafood or tofu with vegetables or beans.

It’s believed that hot pot originated in Mongolia, despite its deep history in Chinese culture, according to Maureen Pao, an associate producer for NPR and editor of housewares retailer Kitchen Window. It eventually made its way to Tang Dynasty China between the 7th and 10th centuries. Pao reported that there are now nearly as many types of hot pot as there are Chinese dialects.

To try hot pot, Li recommends the East Lansing restaurant Gourmet Village. She said it’s one of the few restaurants in the Lansing area that serve this traditional dish. Ones India’s signature dishes is dosa, a pancake-like dish made from fermented batter.

Palak Sabinnenni, an Indian communications graduate from Michigan State University, said one of India’s signature dishes is called dosa. Dosa is a pancake-like dish made from fermented batter. It can be served any time of the day, with a variation of fillings — often gravy-like sambar or spicy chutney.

Dosa can be traced back to the Medieval Period, when Mughal cuisine was introduced in India by Muslims in Central Asia, according to Mukunda Foods, an automated Indian food equipment company in Bangalore. It’s usually served vegetarian, due to the influence of the Hindu religion on Indian culture. One of Canada’s signature dishes is poutine, a comfort food dish made with French fries, cheese curds and brown gravy.

Shikha Singh, a Canadian fisheries and wildlife graduate from Michigan State University, said one of Canada’s signature dishes is poutine, a comfort food dish made with French fries, cheese curds and brown gravy. Shikha Singh is a Canadian fisheries and wildlife graduate from Michigan State University.

Le Roy Jucep, a chain restaurant in Quebec, is known for being the inventor of poutine. In the late 1950s, Jean-Paul Roy marketed poutine for the first time, at his small restaurant, Le Roy de la potate, according to the restaurant’s history. He opened Le Roy Jucep in 1964, which became known for its poutine.