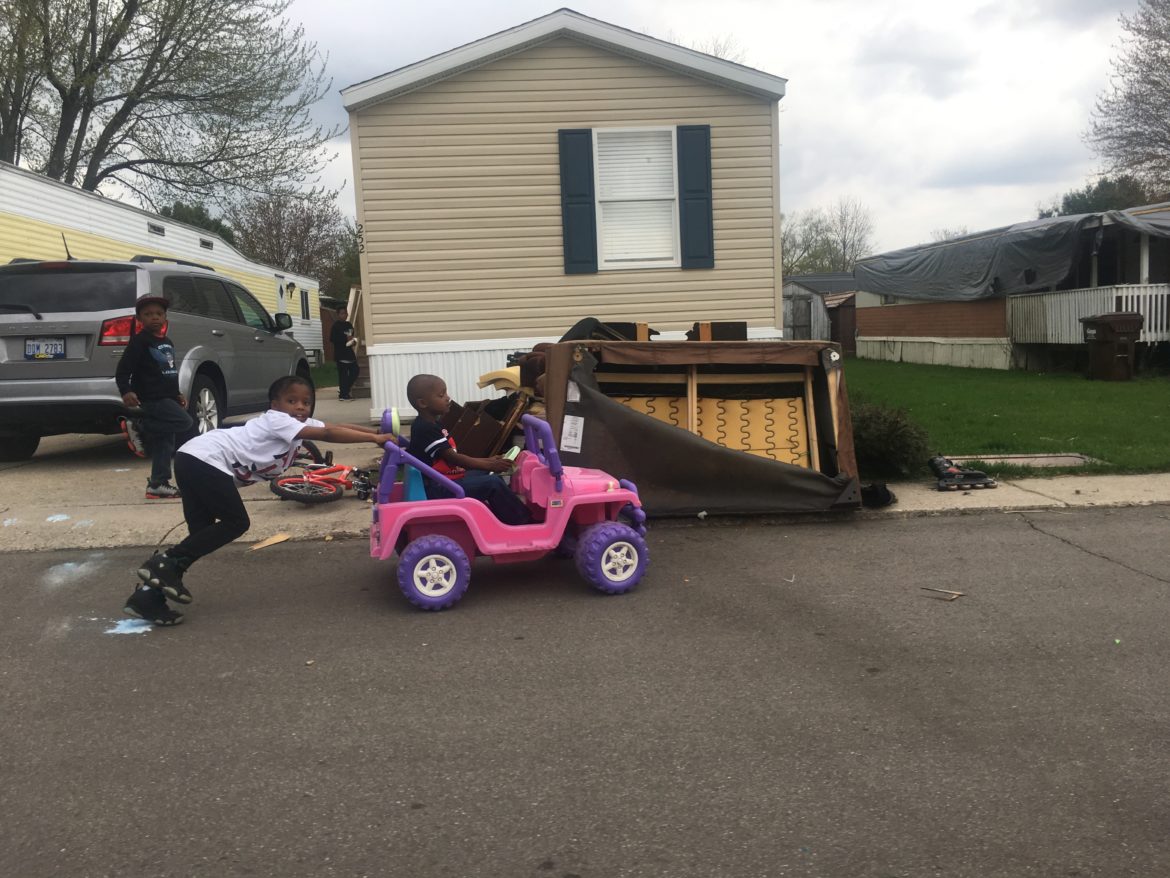 Sarah Pete has lived in the Delhi Manor community with her family for over two years and says that about every day people will come by and throw their trash on the curbs and keep going without thinking about what they have done.

“Most of the trash cans stay full because there are lots of people in one household so sometimes their trash may pile over on the ground because it cannot fit into the trash cans.I think that when outsiders come to the neighborhood they think that the trash looks that way it does because we do not care so they just add to it,” said Pete. Jeff McKinney, Delhi Manor leasing office manager, says that this has been an ongoing issue and that he and his staff have taken action to prevent people from throwing their trash on their ground but people just do not care now days.

“About a month back, my staff and I posted flyers in the neighborhood about making sure that trash goes into the trash cans and we did not have an issue for some time then all of a sudden it started again,” said McKinney.

Roger Jackson, a Delhi Manor staffer, says that the trash does not come from those in the community. Jackson says that their residents take pride in their neighborhood and try to make it look its best although they do not have much money and resources to do so.

According to Township Manager John Elsinga, he will look into the situation a little further to figure out exactly what the issue is and how to handle it.

“This is a new issue for me so I’m not sure if I have an immediate solution,however, I will look at the problem further,” said Elsinga.

Township Supervisor John Hayhoe said, “ I’ll look into seeing how I can get smaller trash cans around the residential neighborhood since it has become such a huge issue for the residents. However, I can’t make any promises.”

Delhi Manor’s maintenance worker Ricky Smart says that people don’t take care of areas where they don’t live. Smart says that this issue does not occur across the road at the other residential complex because it is not for low-income families so people have a little more respect for their neighborhood.

Karen Chapple, a professor of City & Regional Planning at the University of California Berkeley ,agrees that the township should help with the issue.

“Local township leaders need to go into the community to fix the problem. It is important for them not to solely focus on where the trash is coming from. We know that it is coming from somewhere. They need to worry more about what to do now that this is a problem for the community,” said Chapple.