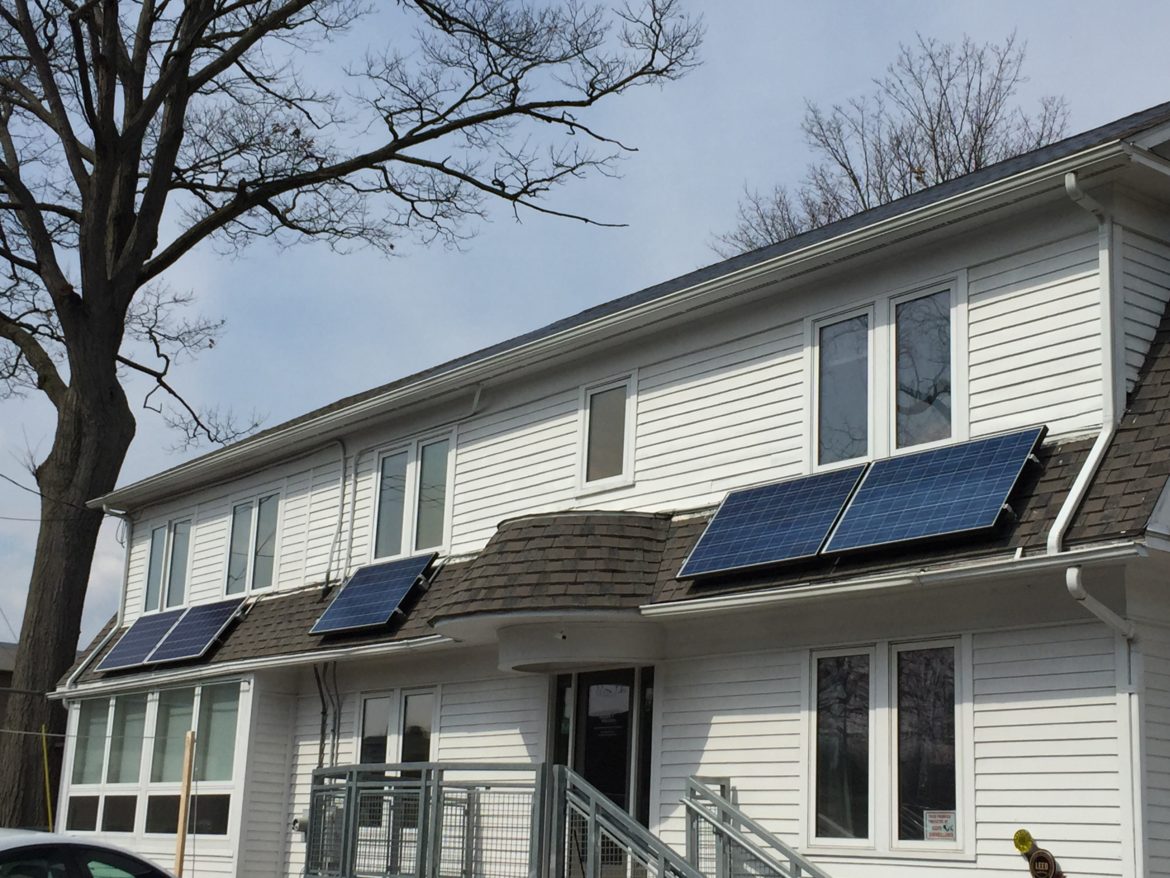 According to Michigan State Senate Bills 437 and 438, Michigan State law will require that Michigan utilities buy or produce at least 15 percent of their energy from renewable sources by 2022. There is also a nonbinding goal to reach 35 percent by 2025.

What is Lansing doing to make this happen?

John Krzystowczyk, an energy analyst in the energy and eco-strategies department of the Lansing Board of Water and Light (BWL), works to promote renewable energy growth in the Lansing area. He believes that the 15 percent goal laid out by the government is attainable. Google Maps image of the Lansing Board of Water and Light

“We’re doing a big utilities solar installation now,” said Krzystowczyk. “Whenever a customer calls and wants to connect their solar or their wind to whether it’s to their home or to their business. That’s what I’m involved in. We’ve got all sorts of things going on … the utilities scale solar array, we’re looking at contracts for more wind — we currently have some wind up just south of Mt. Pleasant, and we’re currently looking at adding some to that maybe at a different location–and then our customer programs are keeping us real busy.”

Krzystowczyk often deals with businesses that desire to become more eco-friendly. In fact, his biggest customer is Edgewood United Church on Hagadorn in East Lansing. But what if an ordinary Lansing citizen wants to contribute to the support for renewable energy? Krzystowczyk covers that as well.

“Right now, we have the GreenWise Program which is, like, you voluntarily pay an additional $7.50 a month for a 250 KWH block,” said Krzystowczyk. “It’s basically like a feel good, ‘I want to support renewable energy.’ You simply do just that. You’re paying an additional fee on your bill, and that money goes right into the renewable energy fund.”

“Right now, we’re working with some community solar programs with the Board of Water and Light and the city of East Lansing and Lansing,” said Durrett. “And those are actually available to buy in to those programs now. We lease a panel for $399 and that gets credited to your electric bill.” One can lease a solar panel the same way as leasing a car. People can rent solar panels and allow a portion of their energy to come from that source. Michigan Energy Options is also playing a key role in a project that will allow Okemos High School to place solar panels on its roof.

Durrett also said that Michigan Energy Options runs audits on buildings. Not every building is able to able to withstand solar power. Through these audits, Durrett can judge whether or not it is feasible to install solar panels on the roof of a structure.

“We do the groundwork for it (solar power),” said Durrett. “We do the assessment to see if it’s site where it’s viable to put solar there. And we have contractors that we bring to bid the project down.”

Suzanne Thiem, a Michigan State University biology professor, believes that shying away from fossil fuels and toward renewable energy is essential to protect mother Earth. She believes that this needs to be done as soon as possible in order to prevent irreversible damage.

“What I’m concerned about is a variety of things,” said Thiem. “Probably the first thing that’s going to come into play is refugee migrants because of flooding. There are millions of people living on the coastline. Look at Bangladesh. Look at Pakistan. Look at the islands in the Pacific.”

“That’s going to be, I think, the first thing that’s going to happen,” said Thiem. “The second thing I’m concerned about is feeding everyone on earth… if we didn’t have so many people and keep increasing, we wouldn’t need so much energy.”

Thiem believes that climate change is not simply causing rising temperatures. She claims it causes weather patterns in general to be more erratic. With this, areas that were once acceptable for farming could become unacceptable.

Julie Winkler, an MSU professor who studies climatology, agrees that weather patterns can shift from climate change. However, she is not certain that if shifts we see today are of human origin or natural, as it can be difficult to distinguish the two. Still, she believes that if carbon dioxide continues to be released into the atmosphere from burning fossil fuels, the problem will only worsen.

“When your trash is decomposing, a gas comes off from that, which is about 50 percent methane,” said Pugh. “Methane works pretty much the same way as natural gas, so that’s how we can use it … so if your trash is decomposing, normally it would be giving off that methane gas anyways. It’s a greenhouse gas, so the the federal government says we have to do something with it. So you can either flare it, which is kind of burning it off, or turn it into renewable energy.”

Pugh also says that most of their granger energy in Lansing is sent to the BWL. Both Krzystowczyk and Durrett claim that the BWL and Michigan Energy Options also work together on a number of projects.

With this, many different groups are quietly working with one another to bring green energy to Lansing, and think more toward the future. Because of this, Thiem is confident that having 15 percent of Michigan utilities be fueled by renewable sources is well within our grasp.

“We think we’re going to exceed that,” said Thiem. “We are making very good progress in Michigan … No single technology is going to fix this. It’s going to be a combination of things.

“If we’d been working on this sooner instead of just taking one moment and not thinking futuristically, we would be a little bit further ahead on all of this stuff. But you have to start where you are. You can’t wish yourself back 30 years, so we have to do what we can do.”