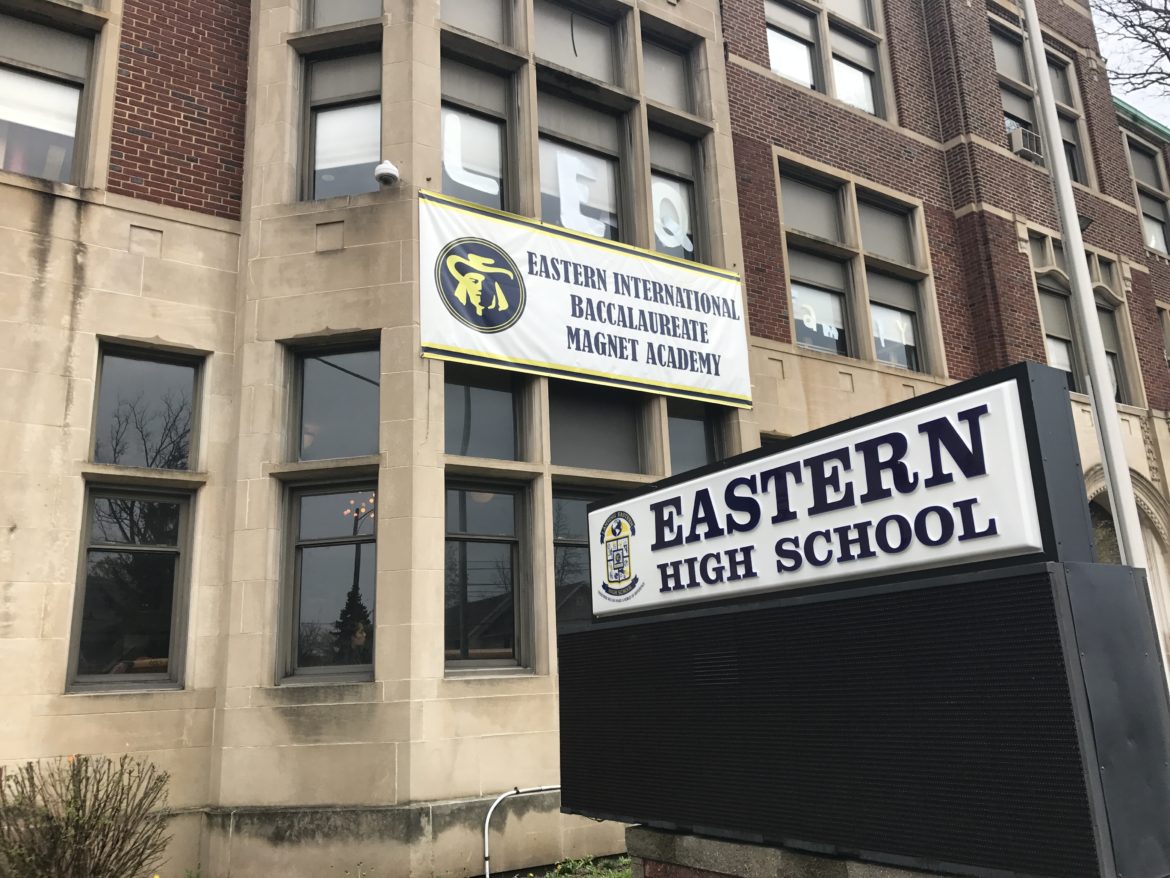 All across the nation there has been a 260 percent increase in the number of students in highly concentrated poverty school districts, whose poverty levels are 40 percent and above. School districts in this category are at high risks of childhood well-being and positive opportunities.

High poverty school districts in Michigan have doubled from 120 in 2006 to over 240 pre-kindergarten through 12th grade schools in 2012.

In Lansing, once you step out of comfort of downtown and the capitol building, many of the surrounding neighborhoods are plagued with at least some level of poverty. The poverty doesn’t stop there, as majority of the Lansing schools are located in highly-impoverished areas.

High schools like J.W. Sexton, Everett and Eastern high school fall under this category, with surrounding poverty as low as 73 percent.

“My mom dropped out of high school. She lives just a few blocks away from where she grew up and trust me, it’s still in the ghetto. She just had to work two jobs in while going to Eastern high school to make sure her mom didn’t spend the rent on something she shouldn’t. It’s like poverty was always working against her,” Eastern High School 12th grader Maya Roberts said. Tamryn Baker, Eastern High School alumna, wished he could have gotten out of the Lansing School District: “They just don’t prepare you for what’s to come in college and going to school in the ghetto no matter where you attend high school in Lansing adds certain bite to the learning experience for a lot of kids, some of my former friends included.”

Everett High School principal Susan Cheadle-Holt has been working in the Lansing School District for over 10 years. Back when she was in high school Cheadle-Holt graduated from Everett, and was the assistant principal there up until the end 2013-14 school year.

“We are located in an urban setting and have a high poverty rate,” Cheadle-Holt said.

“We also have attendance issues in the high school. We continue to work to improve our school score card by providing opportunities for students to catch up. We are addressing the culture in the Lansing schools as well as the academic piece,” she said.

Michigan State University Academic Advisor David Williams explains that students from low-income families have higher rates of absence due to working or taking care of family members, and that directly hinders their academic success.

The very frequently asked question amongst educators, parents, and former secondary education students, is how much does poverty affect students and the schools they attend? This directly relates to the city of Lansing because 31.6 percent of the residents have an income below the poverty line, compared the state’s percentage of 20.2.

According to Talk Poverty, currently there are 1,529,645 people who live under the Federal Poverty Level, which is a measure of income level issued by the Department of Health and Human Services. Depending on who many people are in the household, the poverty threshold varies. A family of four is considered below the poverty line if they makes at most $24,250. “I know too many people in and out of Lansing that make more than $24,000 a year and support at least four people in their homes. I honestly think it should be lower, too many of my friends back in high school were struggling to eat and graduate due to not having enough to get by at home,” 20 year-old Lansing resident Antonio Clarke said.

In Michigan, 32.9 percent of African-Americans are living under the FPL compared to the 12.3 percent of white people affected by poverty as well. “Poverty affects students in schools on a number of different levels. For example, researchers have found that students from low-income households often enter school less prepared than their more affluent peers because many times they have few resources,” Williams said.

In regard to the Kids Count 2015 report, in 2014 child poverty rose in 80 out of the 83 counties in the state. According to the National Poverty Center, children are 23.1 percent of the U.S. population, but 33.3 percent are living in poverty. From 2000 to 2014 the number of children living in poverty increased from 11.6 million to 15.5 million children.

That’s 1 in every 7 kids according Edutopia, which is the largest recorded number in history.

About 4.6 million, or 36 percent of African-American kids being the largest percentage at this in category live under the FPL. Following closely behind are Hispanic children with 31.9 percent under the poverty line.

In a report for City Data, 41.6 percent of children in Lansing live below the poverty line compared to the state percentage of 22 percent. While the poverty rate amongst high school dropouts in Lansing is 44.8 percent, which is again higher than Michigan’s percentage, 37.6.

The major effect of living in a poverty situation while attending school in the years between 7th and 12th grade is that the child’s focus is on plenty of other things before school. Cheadle-Holt explained that plenty of her students living in such conditions are being pulled in plenty of different directions with their current circumstances.

“We have a large portion of our student body that lives in poverty and deals with terrible home circumstances on a daily basis. These include homelessness, living in other people’s homes, not having food, no heat, no water, or also having to work to help pay the bills,” she said.

Poverty has a handful of effects on the students that are living through it every day. The most common being not having enough to eat at home. Williams explains how this can lead to physical and psychological effects leading to learning difficulties.

“Research shows that students living in poverty have a less developed vocabulary and can even go to the lengths of having increased chances of developing ADHD,” Cheadle-Holt said

The biggest effects it has on students is their mental health and ability to make friendships and teacher-student relationships.

According to the ASCD, it’s hard for impoverished children to develop relationships with other students and teachers when parents are absent or constantly punishing them in House in the middle of neighborhood in poverty in Lansing

their hectic home environment. When in situations like this the student believes the teacher will punish them or even fail them like their parents have. This causes a mistrust in students.

Stress on students from their home living situation can cause challenge in brain development, academic success and social competence.

“Self-esteem is another factor we must consider when speaking on poverty and education. Students who come from lower socioeconomic backgrounds usually are not offered the same luxuries as some of their classmates and this can damage their self-confidence,” Williams said.

Lansing schools has had it fair share of problems academically compared to the rest of the nation’s schools.

Reggie Ferrell transferred to Everett his sophomore year and quickly transferred back to Cass Tech in Detroit after just a year of academic experience.

“I had a previous notion that Lansing schools were better than Detroit Public Schools, but the poverty surrounding environment is very similar and it has the same effect if not a harsher one from my experience in Lansing,” Ferrell said.

The graph below shows, minority enrollment, graduation rate, and the total percent of student economically disadvantaged for the high schools in the Lansing School District. Some schools in the Lansing School District are eligible for government funding for breakfasts and lunches, along with extra money to support afterschool programs in the wakes of poverty surrounding the school.

“We also get extra money from the government for support programs that are offered such as after school tutoring, math and reading support classes
for students is need, extra mental health counselors and behavior support personnel, as well as extra classroom instructional assistants to help students,” Cheadle-Holt said.

“We also have personnel that help students and families get clothing, shoes, glasses, medical resources, mental health resources and homeless resources such as transportation and sometimes temporary housing.”