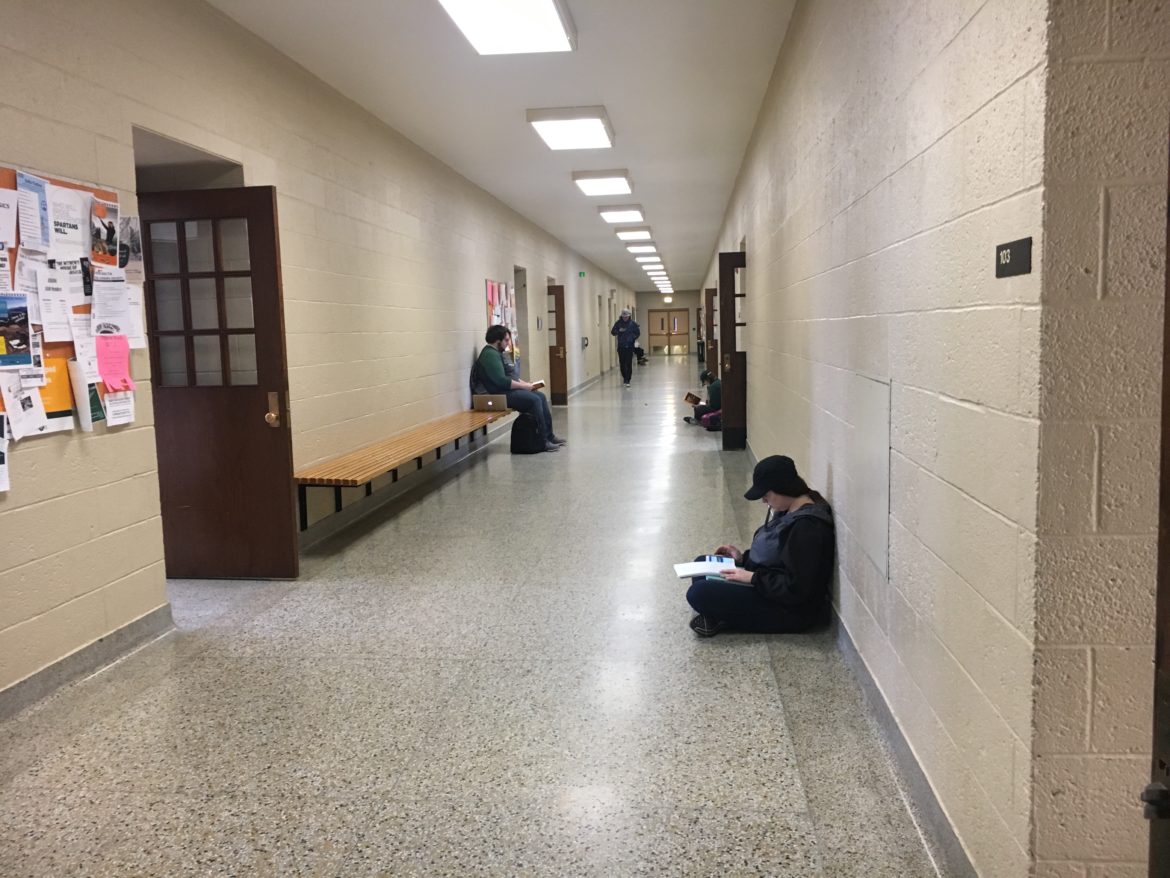 Stress is a state of worry or mental pressure caused by problems in a person’s life that can be caused by a variety of things such as work, family and money. “I think they (Millennials) take more issues on in terms of what they care about,” said Michigan State physiology sophomore Omar Said. “You’ll see a lot more Millennials nowadays that care about a lot of arbitrary things or things that a lot of people didn’t care about before. There’s a lot more social equality and talk about stuff like that and that’s something that stresses out Millennials because there’s such a lack of it. And then of course there’s school and there’s so much stuff on the internet and so much more information coming in so there’s a lot more to be stressed about.”

“The main thing that stresses people out is information,” Said said. “The more information you gain, the more stressed you’re going to be about it because for college students they have to learn that information and keep it and memorize it and use it in tests while also being worried about things that they actually care about.”

According the the APA, the top four sources of stress for Americans are money, work, family responsibilities and health concerns. Money is the biggest cause of stress for Millennials as 75 percent reported money as a somewhat or significant source of stress.

“Money,” said Wayne County Community College District student Kelsey Gordon when asked what stresses her out the most. “I have so many bills to pay and I can’t work as much as I want because I have to go to school.” Money is the top source of stress for Millennials, but technology is a rising source of stress for them. According to a 2017 report by the APA, 48 percent of Millennials reported that they worry about negative effects of social media on their physical and mental health. The report also found that 45 percent of Millennials report that because of technology, they feel disconnected from family even when they are with them.

“They (Millennials) have to deal with handling communication and etiquette across so many platforms and mediums,” Millennial expert Emily Miethner said. “There’s pressure to look popular, look a certain way, get a lot of likes.”

Stress impacts Millennials in a variety of ways. Eastern Michigan University student Lisa Helm notes that her stress has caused her to lose sleep, motivation, focus and even makes her more irritable. Miethner also believes stress impacts Millennials. “I think work life balance has become a hot topic because in general people know that you perform better if you’re well rested and have time to think about other things other than work so you can stay creative. When you don’t have that opportunity to decompress, that can negatively affect performance,” Miethner said.

Gordon, Helm and Miethner believe that there is unnecessary pressure put on Millennials, but they understand where other generations are coming from with their criticism.

“Yes and no,” said Helm when asked if too much pressure is put on Millennials. “Yes because at this age everyone and their mom is asking what you want to do, where are you going to be next year, in five years, etc. People forget that you’re 20 and supposed to be finding yourself and grounding yourself in adulthood in preparation for the rest of your life. We grew up in an educational state with the birth and rise of technology. People think it makes our lives easier, but it can also complicate things. And no because hasn’t every generation felt some type of pressure to figure it all out sooner rather than later? Maybe we’re just babies and need to suck it up like what people say? All I know for sure is that this stage won’t last forever.”

Miethner agrees with Helm. “Older people like to speak negatively about Millennials. I think yes this generation lacks some verbal communication skills because they don’t have the practice, but I do think that there is so much added pressure that people don’t take into account,” Miethner said.

In today’s fast-paced society, it is hard to find time to just take a break and relax, but managing stress can be as simple as putting the phone down for a few hours and just enjoying the company of family and friends.

“Turn off notifications for certain apps. The only notification that I have on my phone is text messages,” Miethner said. “A good thing to try to practice is creating some phone-free time for yourself. Whether that is going to the gym or some sports activity where you can’t be holding the phone the entire time.”