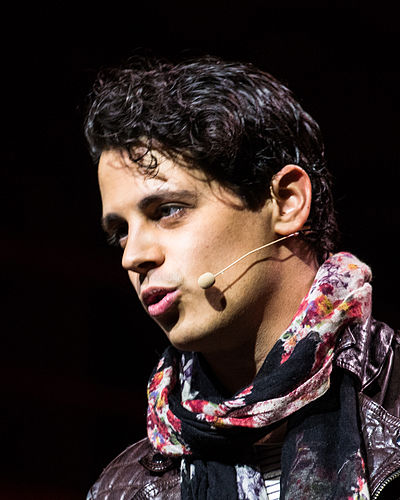 Media personality Milo Yiannopoulos was forced to step down from his position as Breitbart senior editor after revelations that implied he had condoned having sex with minors, specifically a 13-year-old.

His resignation was preceded by a career in which he covered the Gamergate controversy, became Breitbart tech editor, co-founded the Yiannopoulos Privilege Grant and began a campus speaking tour called “The Dangerous Faggot Tour.”

Some had called him a champion of the First Amendment as he argued that hate speech is also free speech.

Because of remarks on social media and in public, several hosting organizations at the universities along his tour received backlash. Yiannopoulos was met with protests and some events were canceled over concerns about violence.

Aviv Khavich, events coordinator for Young Americans for Liberty at Rutgers University, which hosted Yiannopoulos on Feb. 9 wrote in an email, “his visit was meant to illustrate the indoctrination and resistance to political discourse prevalent in American universities and to underscore the importance of free speech in academia. The protesters proved his point for him perfectly.”

Max McCoy, president of the Young Americans for Liberty chapter at the University of Wisconsin-Milwaukee, said neither the government nor the culture should determine what is acceptable opinion.

“We definitely took some criticism for inviting Milo instead of someone less offensive,” McCoy wrote. “But I think it’s really important that for even the most repugnant beliefs, we are able to grapple with them and explain why we reject those ideas, especially on a college campus.”

Yiannopoulos has been called an “alt-right figurehead,” despite views that don’t exactly align with traditional alt-right views.

“Sites like The Right Stuff and the Daily Stormer frequently call him a degenerate Jewish infiltrator to their cause,” Khavich said. “So no, I think the label of alt-right is entirely inaccurate. Milo is a Trumpist conservative. That is not the same as ‘the alt-right,’ in fact, there is an enormous difference between the two.”

Kurtie Kellner, communications director for Davis College Republicans, said “We think that title is a strange mischaracterization given that he is an openly gay man and that goes totally against the alt-right agenda.”

While Yiannopoulos’ resignation may have come as a surprise, Khavich said that Yiannopoulos still accomplished many things.

“He’s accomplished exactly what he set out to: proving the intellectual intolerance of universities, professors and students and emphasizing the need for free speech,” Khavich said.

“If we owe Milo one thing, it’s for starting a conversation that desperately needed to happen. Identity politics are an absolute cancer to reasonable debate,” McCoy said. “He’s done well with the aftermath and apologized and clarified and such, but the important lesson here is that no one is immune to the consequences of their free speech.  He certainly took a deserved hit here, but I think he will rise above it.  I’m looking forward to whatever is next for him.  There’s still a lot of work to be done, but already the conversation is starting on campuses that we need to assess people based on what they think, not what they are.”