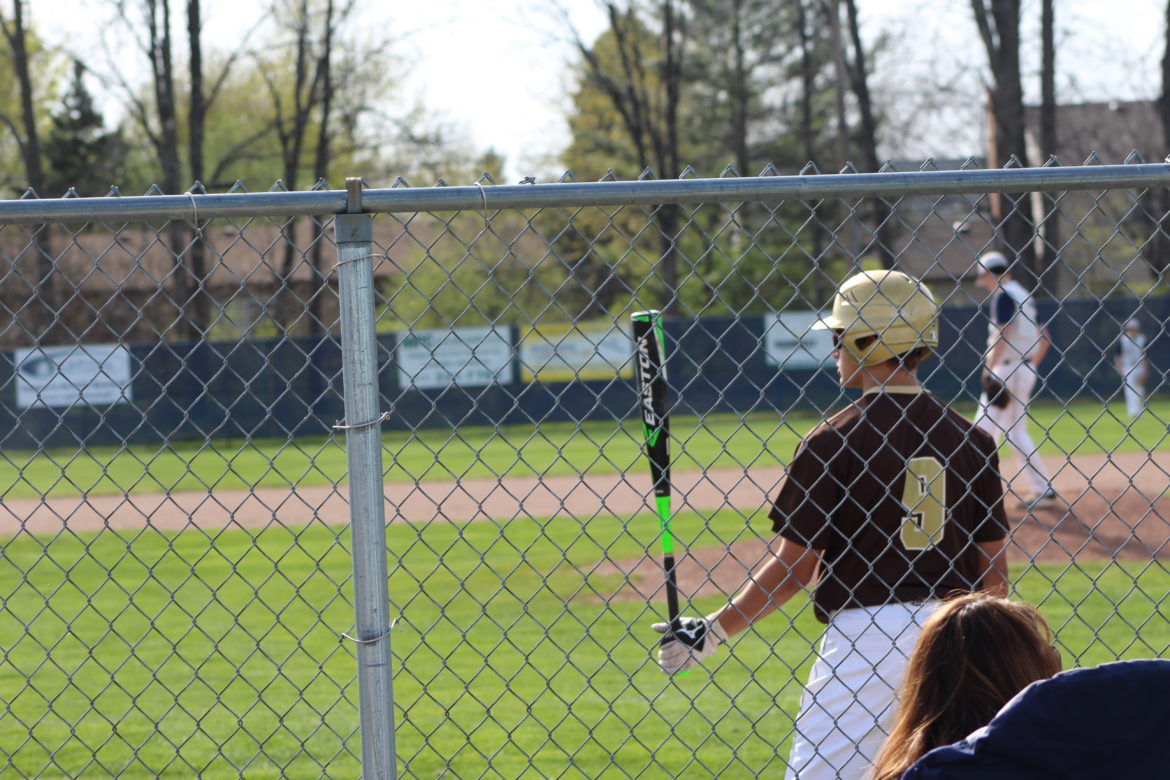 A Holt Rams JV baseball player waits to bat at their game against Dewitt April 24. Four of the coaching staff—between JV and Varsity—have left the team mid-season.

A recent spring break trip has resulted in the exit of four varsity and junior variety baseball coaches at Holt High School.

“Effective immediately, the Varsity and JV coaches and our assistant volunteer coaches have been placed on administrative leave,” superintendent David Hornak said in the announcement of investigation sent to parents April 12. A Holt Rams JV baseball player waits to bat during their game against Dewitt April 24. Four of the coaching staff—between JV and Varsity—have left the team mid-season because of something that took place on a spring break vacation trip.

The investigation lasted until April 18, when Hornak sent out another letter to parents.

“As a result of our investigation, for various reasons, three of the four coaches are leaving the program, effective immediately,” Hornak said. “Assistant volunteer coach Mark Roche was invited to return but declined.”

“Holt Public Schools has very high expectations for all of our employees,” Hornak said in his final letter about the coach suspensions. “Each employee is expected to exemplify the best standards of behavior and conduct at all times in the classroom, on the playing field, in the community, and on school-sponsored trips.”

However, the events that transpired on the said spring break trip are still a mystery. Athletic director Renee Sandler, interim coach Keith Allen, and Hornak have all declined further comment on the occasion, leaving the events up to speculation.

At a recent game, parents and players refused to comment as well.

“It is a shame,” Holt resident Tracy Vincent said. “I have kids in the Holt schools, so I understand how frustrating this can be for parents, and how important the sport is to them.”

Vincent works as a librarian at Hope Middle School in Holt. She said she’s heard a bit of a “buzz” around school about the goings-on, but typically stays out of it. She knows it’s fired some people up.

The silence surrounding the events that occurred on the spring break hasn’t stopped some residents from talking about what really happened.

“I have heard from a very reliable source that none of the student athletes were involved in any of this, and thus have no reason to be suspended,” resident Patrick Hicock said. “As for the coaches, I’ve only heard speculation and rumors. There are many different stories.”

No players were suspended in the incident, Hornak confirmed. The team is in the middle of a successful season, has not had any game cancellations except for those due to bad weather. One of their players, senior Jesse Heikkinen, was recently committed to Michigan State to play baseball.