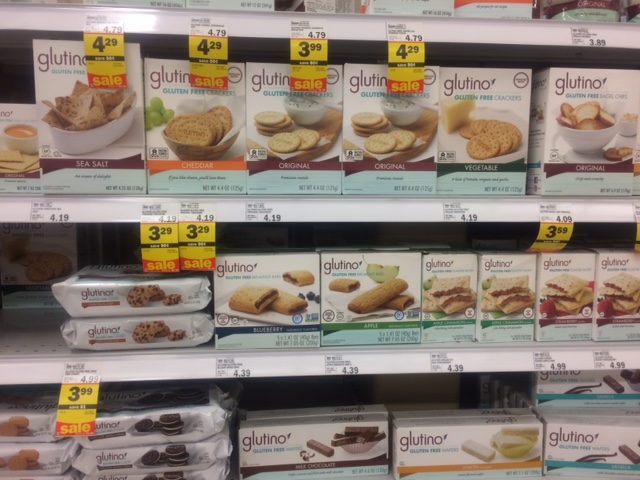 According to Dr. Amy Burkhart, registered dietician and physician in digestive health, celiac disease is an autoimmune condition that affects one out of every 133 Americans; Burkhart is one of them. This is why she must follow a strict gluten-free diet, a diet that in the last five years has become popular among those without celiac or another form of wheat allergy.

“It has become a diet that people are trying because they think it will help them lose weight,” Burkhart said. “When really, often times it can have the opposite effect, they replace the gluten-containing foods with more processed foods, which can contain high amounts of sugar and refined carbohydrates. This can have negative implications.”

Gluten is a mixture of proteins found in grains such as wheat, barley and rye. It gives elasticity to dough and improves texture.

Michigan State student Kelsey Baker has been eating gluten-free for two months because she thinks it is better for her health.

“I just wanted to give it a try, I see all the gluten-free products in the store and wanted to see if it would improve how I feel,” Baker said. “It’s funny because the first few weeks I went out with my friends they would ask me why I was doing this, but now a few of them are trying it with me.”

Kelli Gray-Meisner, registered dietician at the UC San Diego Celiac Disease Center, blames food companies for the increase in popularity of the diet.

“This sort of fad diet that we are seeing with gluten-free comes primarily from marketing,” Meisner said. “Because people are willing to try anything to lose weight and the way the media has companies have taken advantage and made most foods available in a gluten-free form, and use that as a selling point.”

Michigan State University student Madison Sanders was diagnosed with celiac disease when she was seven and has been on a gluten free diet ever since.

“It was definitely harder for me growing up,” Sanders said. “I couldn’t eat anything at birthday parties, and my friends at school would make faces when they would see my lunch.” Although many restaurants now offer a gluten-free menu they do not have to abide by the celiac disease standards. Food for a person with celiac disease can’t be touched by anything that has been used to prepare food with gluten.

“Just because a menu says gluten-free doesn’t mean the food is suitable for people with celiac,” Meisner said. “Going to a restaurant is still just as difficult as it was when menus didn’t have gluten-free options, and that’s something most people don’t understand.”

Sanders has experienced this first hand.

“I still have to be really careful when I go out to eat with my friends, they think if the menu says gluten-free I’ll be ok and that’s just not the case,” Sanders said. “I have to ask a lot of questions and a lot of the time they can’t meet my needs, so I’m kind of just as much of a hassle to eat out with as I always was.”