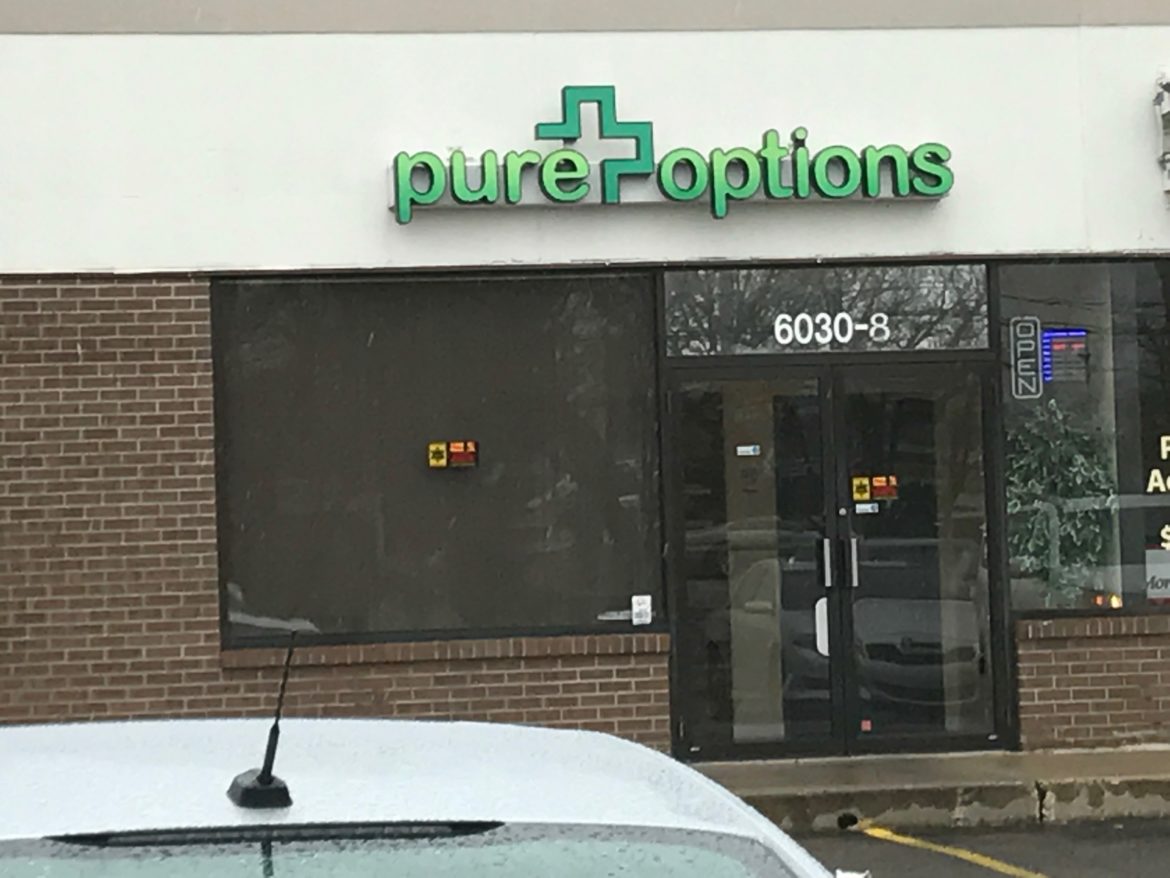 Pure Options, listed as a Cannabis Clinic, is located in Lansing Pure Options, listed as a Cannabis Clinic, is located in Lansing

Patricia Parter had long been against the use of medical marijuana, mainly because she never did drugs in her life. It wasn’t until an accident caused her not only pain but consumed 13 years of her life with opioid and alcohol addiction. Now recently clean, she wants to dull the lingering pain with medical marijuana.

“Medical marijuana is a better alternative,” the Delhi Township/Holt resident said. “I’m trying to get that right now myself. It helps with so many issues … I want to get that instead of taking medication because I’m not going to get addicted again to anything.”

As marijuana has started to slowly seep into full legality across the nation and the benefits of medical marijuana continue to emerge, marijuana has proven to be a contentious issue still for Delhi Township.

While progressive thought has begun to shift the attitude on marijuana with each generation, Delhi residents, particularly older ones, were skittish about discussing medical marijuana.

Residents refused to go on the record or shied away from the question entirely saying they didn’t want to talk about the issue.

Others who did go on the record were conflicted about allowing marijuana into the community even if for medicinal use.

“I guess I’m libertarian,” Delhi Township resident Tom Brower said. “If someone wants to do it, then go ahead. It’s not for me but if it helps people sure.”

While illegal on the federal, 8 states have fully legalized marijuana, another 20 states have allowed for public comprehensive programs for medical marijuana and an additional 17 have allowed for “low THC, high cannabidiol (CBD)” products for medical reasons in limited situations or as a legal defense,” according to the National Conference of State Legislatures. Michigan falls into the former category.

Eight years ago a successful vote on a ballot proposal allowed for medical marijuana in the state but it has had it’s issues. Lansing and Detroit have become riddled with medical marijuana dispensaries, something law at the time did not mean to create.

While the State continues to regulate medical marijuana, Delhi Township Board of Trustee member Tom Lenard has kept an eye on the emerging industry.

“From my understanding from where we are at the township level and also frankly at the state level through the legislature, there’s still a lot of things that have to be finalized with regards to the laws that were passed in December,” Lenard said.

Those laws passed in December now create three classes for medical marijuana growers — ones who can grow 500, 1,000 and 1,500 plants. Furthermore it set in motion a way for dispensaries to apply for licenses, a sales tax and a tracking system for commercial sales.

However, communities such as Delhi Township/Holt will have the final yes or no on if a dispensary can open up in the town.

Lenard knew of the increasing awareness of medical marijuana and said when the time comes for the issue to come in front of the board, he said the board will want to be sure of all the regulations and tools at their disposal.

With pockets of the community still jittery about the subject, the question arises is if the community would be open to medical marijuana dispensaries in the town.

“I think that’s a debate we need to have with the community,” Lenard said. “I think a lot of issues that have been brought up about how it compares to other medicines, you’ve heard me talk about concerns with the opioid crisis I think that’s a huge issue for us and I’ve heard from some folks (medical marijuana) is an alternative to opioid use.

“If people are at less risk of addiction then some of the other issues there, then it should be treated like a medicine,” Lenard said. “Those are the kind of discussions and debates we’re going to want to hear from community members.”

As for residents, Bower said he wouldn’t mind a dispensary or dispensaries in Delhi Township “as long as it doesn’t get out of control like Lansing where they’ve got one street with however many.”

“If it was more like say how they did with the liquor, where they have two or three stores for however many thousand people I think that would be okay,” Bower said. “If you have them on street corner, I don’t know.”

An open atmosphere is good news for Patricia Parter who is in the process of possessing medical marijuana.

“I think it would be good as long as it’s for helping people, medical purposes,” Parter said. “God gave us that plant, I’ve never smoked it but I’m going to try it and it’s natural as long as people don’t abuse it.