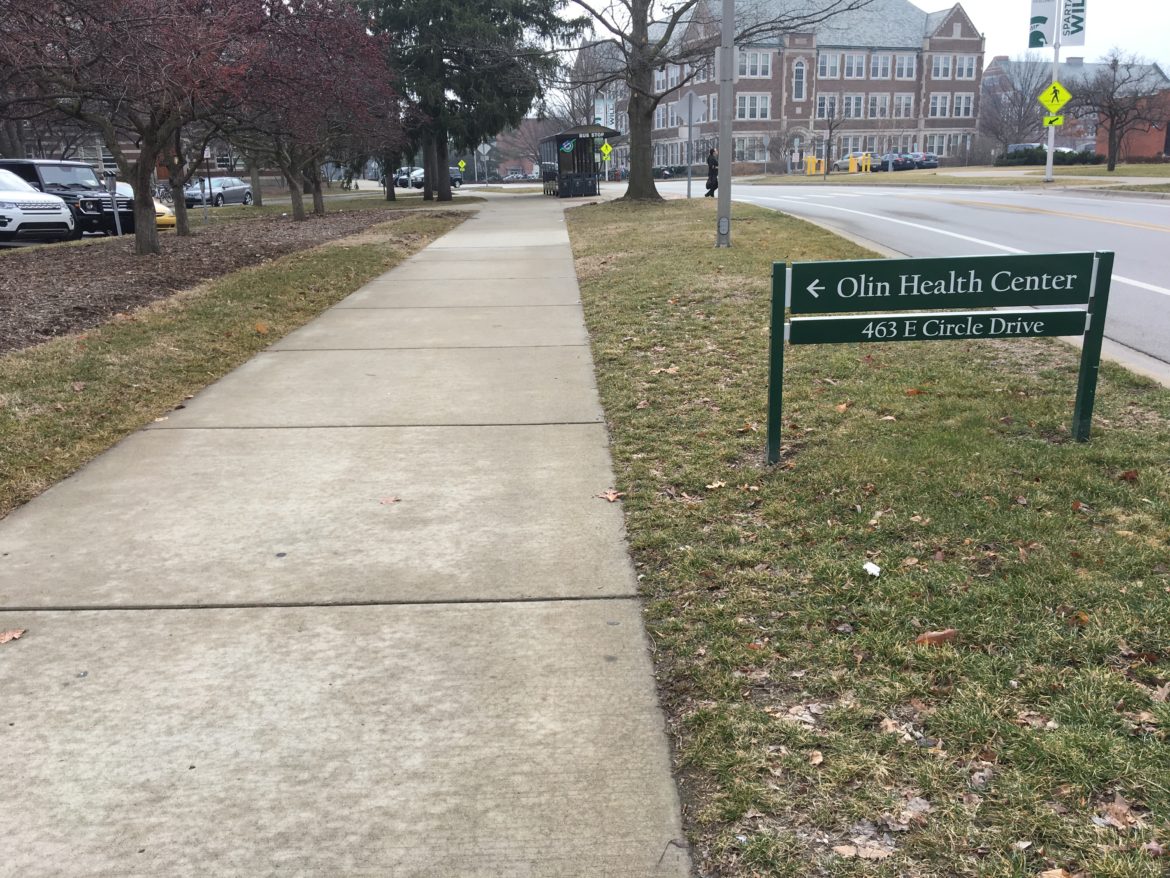 Flu shots are available at local pharmacies, and health care providers, such as Olin Health Center. Photo by Austin Short

It’s a brisk winter day. You’re running behind so you grab the essentials, your wallet, keys and phone. Put on your shoes and you’re out the door chasing down the bus. But you realize you forgot your jacket. Your day goes on as you trudge through the bitter cold, unprepared for mother nature’s elements. By the end of the day you notice something that wasn’t present when your day began: a runny nose and a sore throat. Regret crosses your mind as you realize you haven’t gotten your flu shot this year.

This thought process could be applied to the majority of Americans according to a Truven Health Analytics-NPR Health Poll done in October 2015. The survey found that 69 percent of people said they had not received a flu vaccine and 55 percent said they did not plan on getting one. The flu shot is usually available by September and can even be found as early as August.

The Truven Health Analytics-NPR Health Poll found that there were a slew of different reasons that people surveyed said they were not interested in getting the In
fluenza vaccine. The most popular answer was that people simply believed they didn’t need the flu shot.

“I haven’t gotten one because I’ve been so busy with college and stuff that it didn’t even cross my mind. I’m relatively healthy and I haven’t been sick a lot. It’s not something I’m against, I just haven’t felt the need to get it,” said Anastasia Niforos, a sophomore at Michigan State University.

There are others that have gotten the flu shot but don’t plan on getting it in the future. Even though studies done by the Centers for Disease Control and Prevention show that the vaccine reduced children’s risk of flu-related pediatric intensive care unit admission by 74 percent  during flu seasons from 2010 to 2012, some are still hesitant in believing the effectiveness of the shot.

“I probably won’t do it in the future. It’s not a priority for me. I don’t really think the flu shot will have a direct effect on if I will get sick or not,” said Tommy O’Connor, a senior at Michigan State who has received the vaccine two years in a row.

The Truven Health Analytics-NPR Health Poll showed another common reason people were uninterested in receiving the vaccine was because of the risk of side effects. A little over 16 percent of those surveyed cited this as the reason why they weren’t interested in the flu shot. Some people just don’t believe in the modern medicine and would rather let their bodies fight the illness on their own.

“I just don’t like a lot of stuff in my body; some things our body has to fight naturally. A lot of times people say they have a fever and take Tylenol to bring that down,” said Lansing resident Abby Gail, who has been hesitant to getting a flu shot but has for about 20 years now. “But really your body is trying to fight that off itself. So sometimes I wonder if we are doing too much by getting these vaccines.” Flu shots are available at local pharmacies, and health care providers, such as Olin Health Center. Photo by Austin Short

In Gail’s case, she became a regular recipient of the vaccine because she was afraid of what others would think of her not getting it.

“My employer told me that we could get it for free if we wanted and everybody else at my job was getting it so I decided to follow suit. Plus, if everyone knew I wasn’t getting it then I might get blamed for passing it on to the others,” said Gail.

Even those who receive the vaccine question whether it is truly effective or even if there is a need for it. In the end there is a science to if the vaccine will be effective at stopping the flu virus that is being spread during that season, since each virus may vary from year to year.